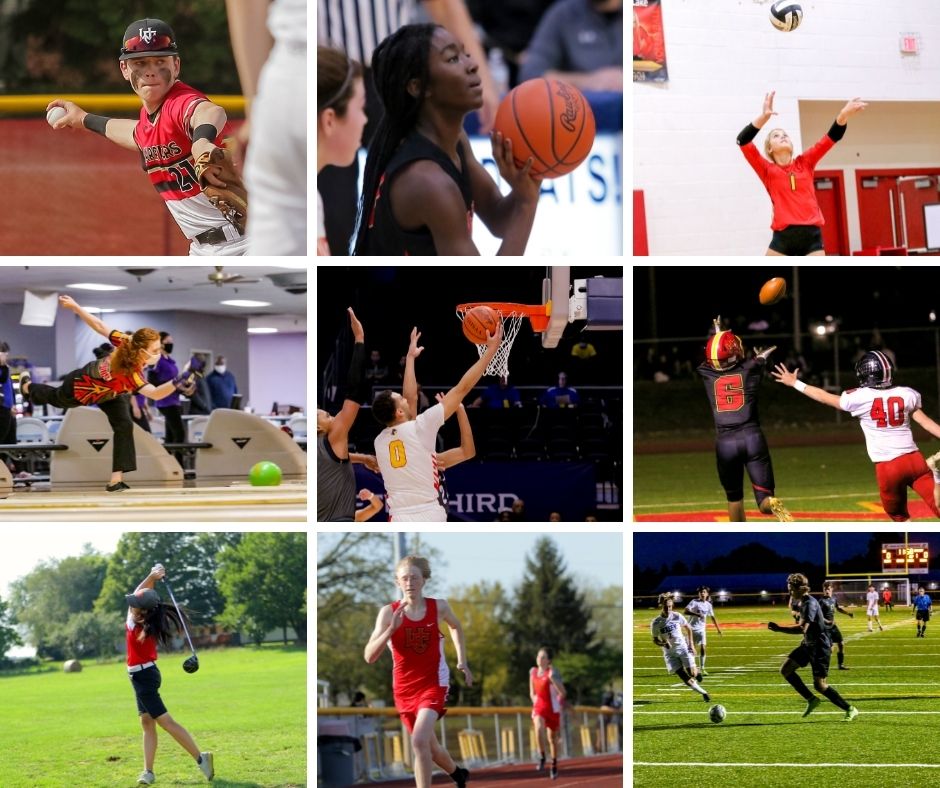 Of all the ways that 2020 and 2021 are unforgettable, Worthington Christian students have been making some history of their own. WC has a long-standing reputation for excellent athletic programs dating back to its earliest years of existence. This year, that reputation has been elevated to even greater heights. This year’s Warrior student-athletes have demonstrated commitment to their sports, discipline in training, and a drive to compete at their best. They have enjoyed great success for all of their effort, making this one of the school’s strongest athletic years ever. And they have the stats to prove it.

WC offers a total of 15 sports in which students in grades 7-12 can participate and compete against students from seven other schools, which make up the local conference of the Mid-State League. Out of these 15 sports, WC teams brought home six league championships this year (boys’ soccer, girls’ basketball, boys’ basketball, volleyball, girls bowling, baseball). This accomplishment is perhaps the most exciting for WC’s baseball team since it is the first time they have won the league championship since 1992. Even for the nine WC teams that did not win their league, six of them placed in the top three or better for the conference. That means that nearly all WC’s sports teams in grades nine through 12 led out in their conference this year. But the wins didn’t stop at the conference level.

The Warrior and Lady Warrior basketball teams’ success continued beyond their league championships. They both went on to become district champions as well. The Lady Warriors fell just four points shy of claiming the Division III regional championship against Purcell Marian. The boys’ basketball team earned a spot in the state championship game, falling to Cleveland Heights Lutheran East with a final score of 61-56.

It stands to reason that behind all of the Warriors sports teams’ successes this year is strong leadership, both from coaches and players. In fact, six WC coaches were recognized for their dedication and hard work, receiving the conference “Coach of the Year” award (Dan Roads for boys soccer, Chelsea Meyers for volleyball, Kevin Weakley for boys basketball, Jason Dawson for girls basketball, Matt Hamilton for girls bowling, and Tim Kraynak for baseball). As for student leadership, so far this year, an impressive eight Warrior athletes received the top conference honor of “Player of the Year” in their respective sports (Riley Myers—girls soccer, Tyler Kindberg—boys soccer, Liv Fenstermaker—volleyball, Rena So—girls golf, Katherine Weakley—girls basketball, DJ Moore—boys basketball, Carson Houston—diving, Hope Nyland—girls bowling).

WC Athletic Director Kevin Weakley explains that one remarkable aspect of this year’s success is that it is more than just one or two standout students or teams—there have been many talented, committed Warrior athletes across all of the school’s sports. In addition to the eight “Player of the Year” awards earned by Warriors, 36 Warriors were named first-team all-league athletes. Twenty-three more Warriors earned second-team all-league honors, and another 23 students were recognized with all-league honorable mentions. Fourteen Warriors also were recognized with all-state honors.

Many of these accomplished students who have been leading the way are members of WC’s class of 2021. Six of the “Player of the Year” recipients are graduating seniors. Out of 87 seniors, 57 participated in a sport this year. And these athletes do not show signs of slowing down. An astonishing 22% (compared to the national average of 3-4%) of WC’s class of 2021 have signed commitments to compete in their respective sports at the collegiate level. That is 20 Warriors who will join the ranks of college athletes in basketball, bowling, baseball, diving, soccer, and tennis.

When asked why this has been such an extraordinary year for WC sports, AD Weakley explains that one of the contributing factors is how the school’s athletes used their time off-season to train and improve. Sports like softball, baseball, and track did not have a chance to compete in 2020. Rather than growing discouraged and slacking off, Warrior athletes continued to push themselves in preparation for the future. In addition to the players’ commitment, Weakley speaks of the commitment of athletes’ families in making this year what it has been.

Arguably one of the most impressive numbers for Warrior athletics this year is the number zero. AD Weakley reports that WC sports teams canceled zero sporting events this year due to COVID-19. At a time filled with concern for exposure to illness, the constant threat of quarantine, and increased health concerns, WC’s sports teams maintained their overall health and ability to compete. Weakley says, “Our families and athletes have been committed to their sports this year, sacrificing things they might have normally done to minimize risk and be able to continue competing.”

Congratulations to all Warrior athletes on making this a banner year in WC sports!