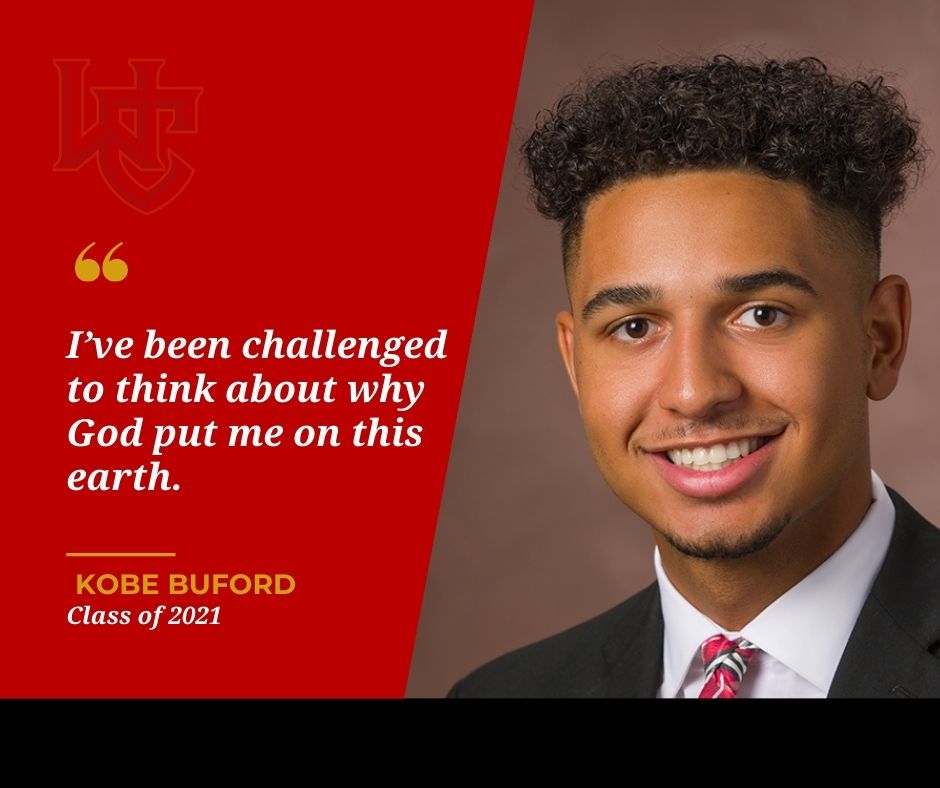 A quick Google search of the name “Kobe Buford” reveals that this Worthington Christian senior has already made a name for himself in the basketball world. At six feet three inches tall, he is an imposing small forward and shooting guard for the Warrior basketball team. He is among the team’s top players when it comes to charges, assists, and rebounds. Local organization 270 Hoops named him their fall league breakout player of the year in 2019. All of Buford’s athletic momentum almost came to a screeching halt, though, during his sophomore year.

Growing up in Dublin, Ohio, Buford attended Dublin City Schools as a child and later transferred to another local public school system where he became involved in the basketball program in eighth grade. While his involvement in that basketball program was positive in the beginning, by the time Buford was halfway through his tenth-grade year. He recalls his coaches at the time were discouraging and degrading—an unhealthy emotional environment that left Buford feeling frustrated and confused. He got to a point at which he did not want to attend practice or play in games, and questioned whether or not he even wanted to play basketball at all anymore.

Buford’s dad shared their struggles with long-time friend Derrick Moore. Moore suggested that the Bufords look into coming to their son’s (D.J. Moore) school—Worthington Christian. After meeting with WC Athletic Director and Basketball Coach Kevin Weakley and visiting WC, the Bufords decided that Kobe should become a Warrior. Looking back now, Buford describes this as the best decision he’s ever made.

Playing as a Warrior, Buford describes enjoying a completely different coaching and team experience in comparison to his previous school. Rather than a discouraging and degrading environment, he feels he has grown as a player and a person. In speaking of Coach Weakley, Buford says, “Coach emphasizes to us that whatever we do, we do it for the LORD. He makes us better men every single day.” His development and success as a player at WC led him to accepting an athletic scholarship offer from Olivet Nazarene in Illinois, where he plans to play after graduating from WC this May. He hopes to land a career in the sports world eventually, with plans to study sports marketing or accounting as an undergraduate. But Buford’s WC experience has been about far more than basketball—it’s been a fresh start for him personally and spiritually, too.

Previously attending schools with up to 97% Caucasian study body, Buford at times felt isolated as one of few African-Americans. With over 25% of WC’s student population being students of color, Buford felt much more comfortable as a sophomore entering a completely new school environment. He found himself having more conversations on race and diversity, and discovered a desire to research and read more about his African-American culture. He began attending meetings with the student group United Front and listened as classmates–other students of color–shared their experiences. This year as a senior, he has stepped into a leadership role with United Front, desiring to unify the school and inform fellow students about the challenges that minorities face.

Though he attended church with is grandma when he was younger, he never felt very engaged spiritually. That all changed for him once he came to WC through chapel experiences, the Junior/Senior retreat, Bible classes, and relationships with caring teachers. “During my time at WC, my relationship with God has grown; I’m in the Word a lot, reading scripture on my own,” Buford explains, “I’ve been challenged to think about why God put me on this earth.”