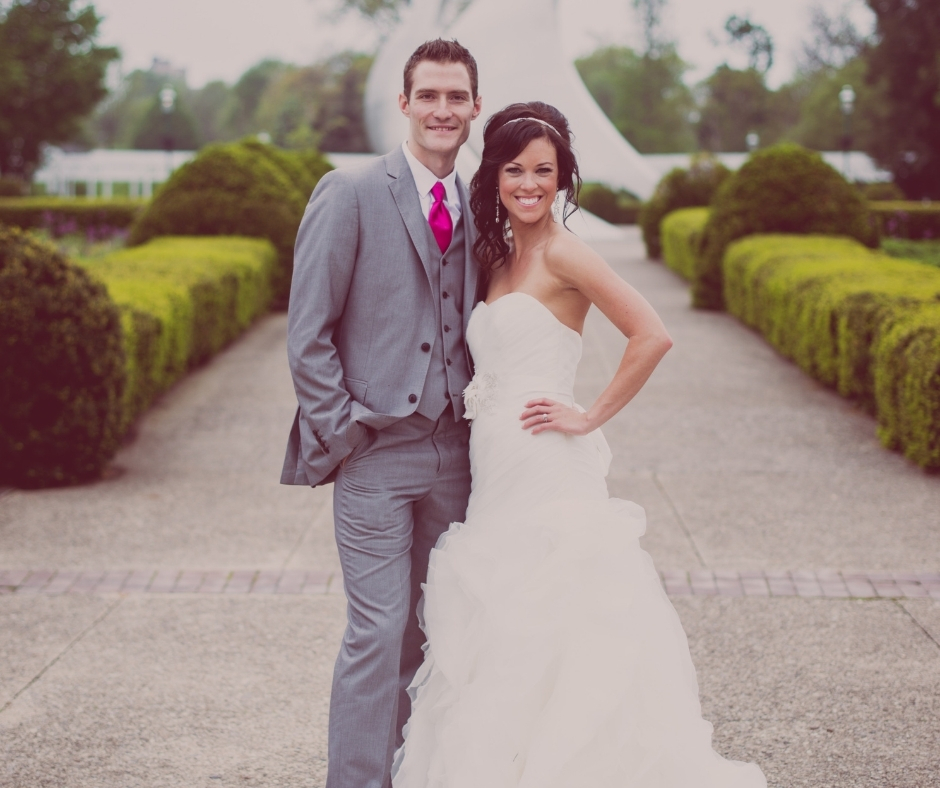 Young couple emphasizes the importance of a Christ-following community

When did you first meet? Jake and Liz attended WC for an overlap of one year but only vaguely knew of each other. Their mutual connection was Liz’s younger brother (Tom Huling WC ’07), who also happened to be very good friends with Jake. In 2012 Jake and Liz were both living in Columbus after school and “officially” met at a triathlon that they were both competing in.

When was your first date? Our first date was in the summer of 2012. It was to a Columbus Clippers baseball game for the dime-a-dog night. Jake tried to impress Liz by eating 11 hot dogs after she dared him to eat as many as he could.

What do you know about God now that you didn’t know before you were married? We know His faithfulness. We have walked through some high highs and some low lows during our marriage thus far and God has come through on every one of His promises to us.

What advice would you give those hoping to marry one day? Find a community of other Christ-following couples that you can do life with. It is so important to have people to offer encouragement, advice, accountability, laughter, sadness, and everything in between.