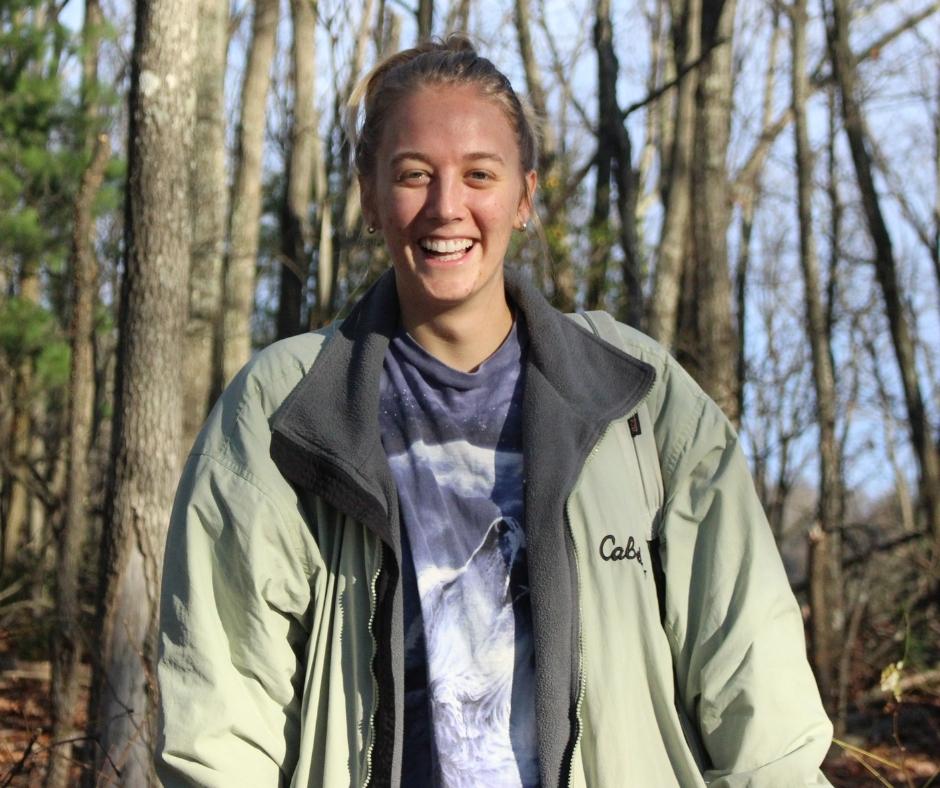 Morris switches majors to keep promise she made in high school

During her sophomore year at Liberty University, Emma Morris (WC ‘19) was amidst a spiritual crisis. Morris felt called to serve the Lord but wasn’t sure how to do it.

The answer took Morris in directions she didn’t expect. She changed her major from psychology to full-time vocational ministry. The Liberty junior will serve as a missionary in Papua New Guinea this January as part of her course work.

“I was going through this period of life where I was asking a lot of questions,” Morris said. “I was asking myself, ‘What’s my purpose in life? What am I doing with my life? If the gospel is so important, why am I not sharing that with everyone?’

“I was talking through everything with my counselor, and I remember saying, ‘I just wanna love people. I want to serve them.’ He (said) ‘Okay, what about nursing?’ I was like no. Then he said, ‘What about missions?’”

That’s when a light bulb went off. Morris remembered a youth conference she attended when she was in high school and being asked to pray about doing vocational ministry.

“I was like ‘Okay, I’ll pray about it,’ but that’s not me,” Morris said with a chuckle. “However, I kept feeling that tug. It was a thought in my mind that kept popping up. I dedicated my life to full-time vocational ministry that night.”

That’s when the fear set in, and the doubts rose up. She began to think about the financial instability and the commitment it would take. She locked the sense of that calling away.

“I just repressed that memory,” she said. “Last fall, God brought that thought back around full circle in my life. I am excited to be learning about people and sharing His word and His story with others.”

Morris will be serving on a four-month trip to Papua New Guinea with Ethnos360, a Christian organization that specializes in reaching those who have never heard the gospel. She leaves on January 11 for Los Angeles to assemble with her team and then arrives in-country on January 14.

Missionary groups, according to Morris, target one of three groups of non-believers: those who have heard God’s message and have decided against it, people who heard the Word and didn’t respond to it, and finally, those who have not had the chance to hear the message. Morris’ group will be trying to reach people who fall into that last category.

The chance to reach people who haven’t heard the message before intrigued Morris.

“I believe the statistic is only 1 percent of missionaries are going to unreached people,” she said. “No one is seeking to go to them and share. Those are the people I would like to reach.”

Papua New Guinea has over 1,000 cultural groups with 851 known languages in the country, according to ethnologue.com. Additionally, each culture has crafted its own way of expressing its culture through music and singing as well as art, dance, and costumes. Full-time missionaries spend over two years learning the culture to avoid any missteps in presenting the Gospel.

“They’re a very oral people; they have oral traditions, but they don’t have a written language,” Morris said. “Just handing them a printed Bible wouldn’t be super helpful. That’s not the way they learn.

“We spend a lot of time learning about their culture and how people think so you can avoid saying something or doing something that leads to a total misunderstanding of what we are trying to communicate.”

The trip will be vastly different than Morris’ first missionary trip, Worthington Christian’s senior trip to the Dominican Republic. Morris remembers how deeply that trip opened her heart and the hearts of her classmates during the chapels there.

“There was this place called the upper room and we’d go there every night to worship and to hear from our teachers,” Morris said. “I had been around my classmates my whole life, but during that trip, we started really opening up about what was actually happening in our lives. The LORD definitely broke down some walls in that trip.”

Currently, Morris is in the process of getting her visa and other paperwork together as she tries to raise support for the trip.

“Sometimes there’s this fear or just nervousness of the unknown, but in all honesty, I almost like knowing that it’s going to be hard,” she said. “Our teachers who are going with us are trained in helping us through the culture shock and the reverse culture shock of when we get home.

“I am honestly a little more nervous for coming back, the reverse culture shock. I was interviewing some global workers and missionaries recently for class and they were just saying how coming back is so much harder than going there. You feel like you don’t fit in either place. You are like a square peg in a round hole.”

To donate to Emma Morris’ trip, you can visit her website. To give by check or money order, make it payable to Ethnos360 and include a note if you are designating it for a particular project or missionary. Mail it to Ethnos360, 312 W. First St., Sanford, FL 32771.