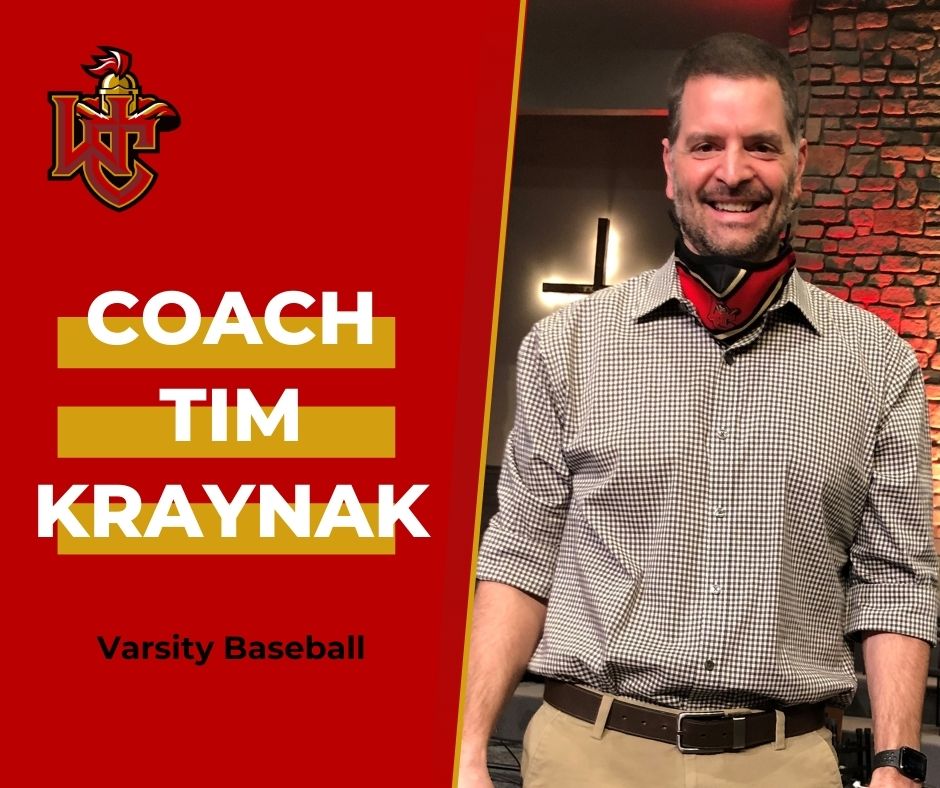 WC has been apart of Tim Kraynak’s life for many years. Tim graduated from WC in 1994 and was hired as a fifth-grade teacher in 2000. Tim moved to the high school where he taught social studies and eventually became the Upper School Assistant Principal and College Counselor, and Varsity Baseball Coach.

How would you describe your role at WC?
“My elementary PE teacher always used to say that “athletics is a vehicle used to glorify God.” As a Christian coach, I’ve tried to keep that perspective. “

How did you get into coaching?
“Athletics played such a pivotal role in my life. Many of my former coaches had a significant impact on me, and still to this day, I have great relationships with them! My passion/love for young people, along with my desire to build relationships, is why I started coaching. The opportunity to profess Christ in our athletic disciplines and hopefully point students to Christ is what motivates me.”

What is the most rewarding thing for you about coaching?
“No doubt the relationships and camaraderie we develop are most rewarding. The most impactful memory I’ve had as a coach had nothing to do with what happened on the diamond. I remember a night in Myrtle Beach two years ago when our seniors began reflecting on the senior trip. One by one, the guys began to talk about their struggles. Many tears filled the room, and we concluded with a time of prayer. That was one of the most rewarding experiences I’ve had at WC.”

How do you incorporate faith into your coaching?
“Hopefully, all that we do as a coaching staff points to our faith in Christ. For our guys, we focus on a passage of scripture each season to help us balance perspective. We try to be intentional about gatherings where we can talk about our calling as Christian athletes and coaches and what that looks like in all areas of our lives.”