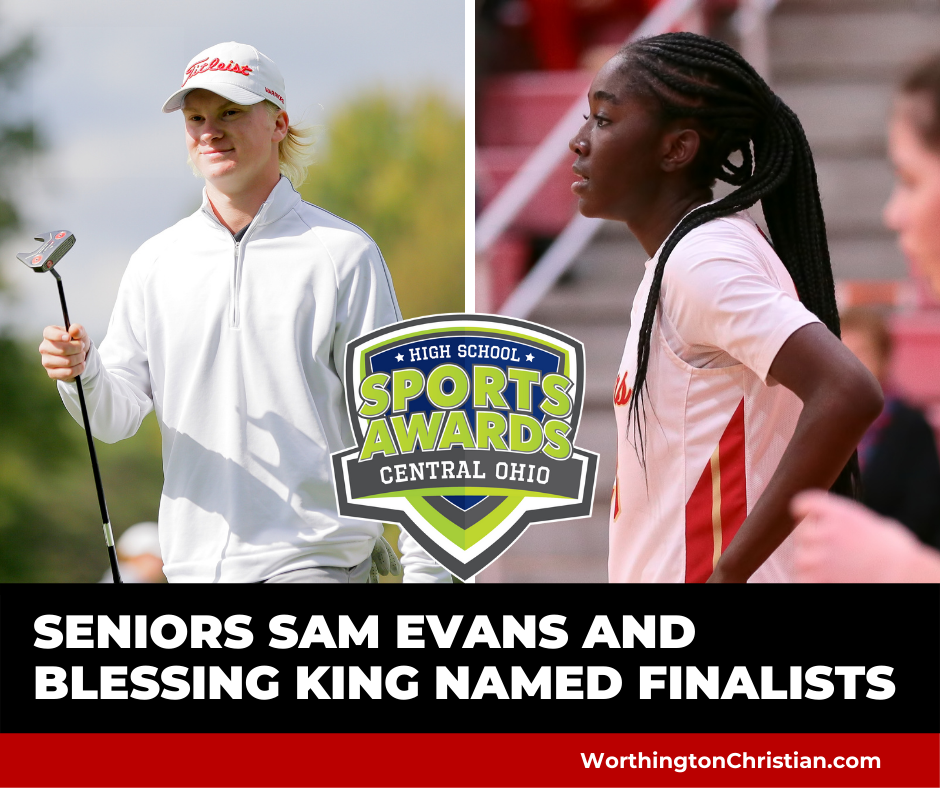 Seniors Blessing King and Sam Evans are finalists for Player of the Year in girls basketball and boys golf respectively. Nominees are invited to attend an awards show on June 15 at the Ohio Theatre. Hosted by The Columbus Dispatch, the Central Ohio High School Sports Awards recognizes the area’s top-performing athletes, coaches, and teams.

Evans shot a two-round total of 143 at the Division III state tournament to capture medalist honors. His score at state was the second-best all-time for any boys golfer in his division on Ohio State’s Scarlet Course.

Evans won a sectional title with a 69 and followed with a 73 at district to place first and earn the only state-qualifying berth for an individual.

The defense and rebounding abilities of King, a 5-11 forward, helped the Warriors go 27-3 and finish as the Division III state runner-up.