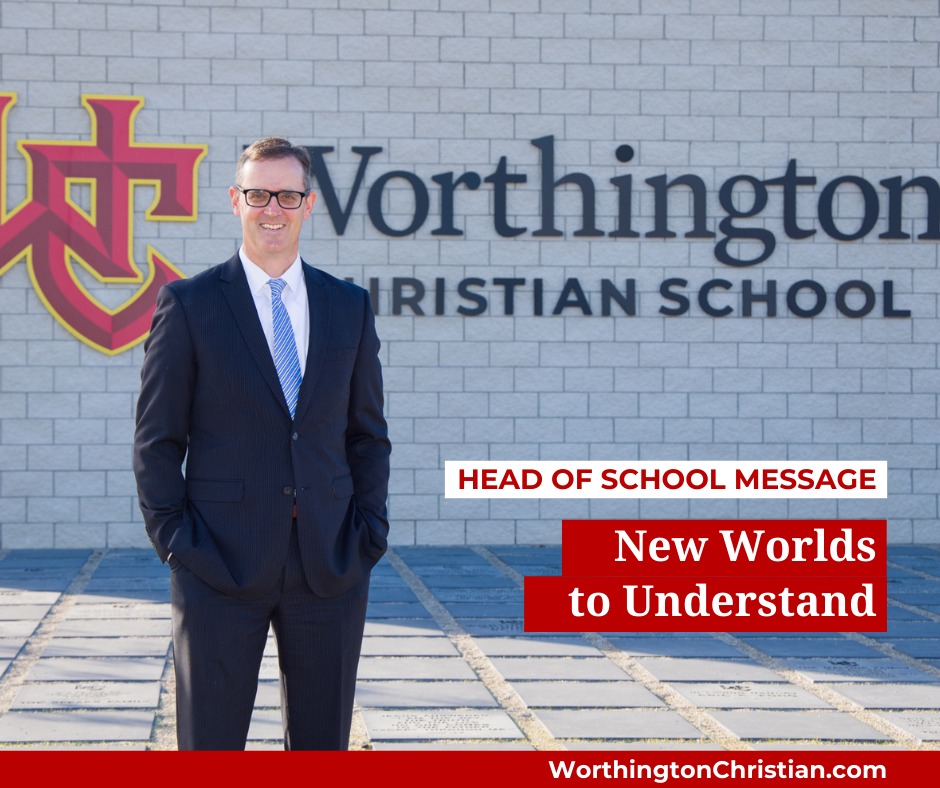 Education and learning open up new worlds to students

As I write this, I am looking out my office window at the new blanket of snow on the school grounds. I remember when I was a child and the wonder I felt at such a scene. It was as if a completely new world came into being, filled with new things to discover and explore. When we were just eight or nine years old, we had few winters under our belts, so watching how icicles drip off the side of the house, what kind of snow packs better than others, and what type of tools can best carve a fort out of the mound of snow piled up at the end of the driveway by the plow, were all fascinating experiences of learning how the world works.

This inner drive to understand how the world works is at the heart of education and learning. A big part of what we try to do at WC is to fire our students’ imaginations and desires to gain such understanding. While our teachers do this on a daily basis, two things I have witnessed this year stand out to me as satisfying moments because I saw firsthand that desire in a student.

The first was earlier this year when I was on the lower school playground. A first-grader ran up to me, tugged my arm, and was very excited to let me know that she had just finished reading her first chapter book. She then went on to give a very nice summary of the story. I could see in her eyes the joy that this accomplishment gave her and how much she seemed to look forward to reading even more in the future. It was as if she realized all that reading could open up for her.

The second was just last night as the snow was falling. I noticed that the mom of an upper school student mentioned that her daughter was very much hoping that the next day would not be a snow day because . . . it was the start of pig dissection in Anatomy & Physiology class and she definitely did not want a delay in beginning that. I imagine that student had the same kind of feelings that I would have as a kid when the snow fell – a new world was about to be explored and she could not wait to get started.

It has always been this way for people because it is part of God’s image stamped on us. I Kings 4 describes Solomon as having this desire to understand the world and to teach it to others: “He spoke three thousand proverbs and his songs numbered a thousand and five. He spoke about plant life, from the cedar of Lebanon to the hyssop that grows out of walls. He also spoke about animals and birds, reptiles and fish. From all nations people came to listen to Solomon’s wisdom, sent by all the kings of the world, who had heard of his wisdom.”

We intuitively recognize that these things are worth learning. Perhaps it is because we see them as part of something transcendent and bigger than ourselves – a world to understand and explore because it has been made by the One who “fills everything in every way.” (Ephesians 1:23)