HONORING THE PAST, LOOKING AHEAD TO THE FUTURE 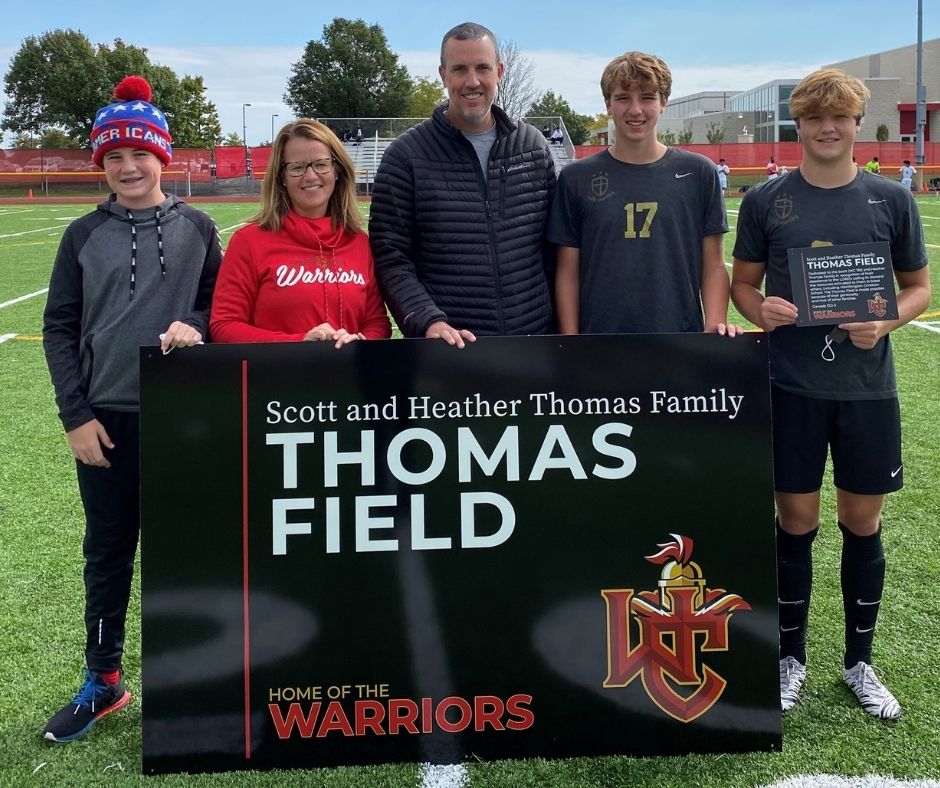 With the significant campus changes that have taken place this year, much consideration has been given to honoring WC’s history, celebrating its present progress, and looking ahead to what God has in store for the school’s future. As Head of School Troy McIntosh asserts, “It is good for the institutional memory of our school to be aware that God’s goodness extends back through past generations and that the work of one generation lives on to bless future generations.” A big part of this process is considering the names of campus features.

As plans were being made to create the beautiful plaza outside of the J. Thomas Anglea Upper School Campus, the school leadership knew that this green space needed a fitting name. With scripture and a beacon as the focal point, the plaza is a tangible symbol of the founding principles of WC: light and truth. Paved with bricks and stones bearing people’s names, the plaza is also a space to honor, recognize or memorialize people who have significantly impacted WC, past and present. At the center of the plaza are two particular pavers commemorating the founding year of WC and the names of the 13 founders who took significant risk to establish the school. After many months of thinking, praying, and planning, it seemed best to call the space “Founders Plaza.” The name “Founders” is now being moved from the football field to the plaza.

At the end of 2018, current WC parents Scott and Heather Thomas took a leap of faith and finalized the sale of their third-generation family business.  With the desire to build a legacy of giving in the next stage of their lives, they established a foundation purposed to be a blessing to others, especially those by whom they’ve been blessed (Genesis 12:2-3).

As a WC alumnus and current WC parent, Scott and Heather sought an opportunity to bless this current generation of Warriors, as well as future generations. In meeting with WC leaders, the Thomases learned of ways they could bless WC. One such opportunity was the purchase and installment of field turf at Founders Field, an update in the facilities master plan that has been in development for years. Upon hearing about this opportunity, the Thomas family saw a vision for how much this field update would bless WC, not just in the realm of athletics, but with community events, boosted school enrollment, and an overall statement to the community at large. According to Scott and Heather, “We are blessed and humbled to be able to use the resources God has provided us to further His Kingdom.”

Though the Thomas family did not request to have their name used in conjunction with the field, the WC leadership initiated the name change to thank the Thomas family for making the new field turf possible and to honor WC’s founders in a fitting new location in which all 13 founders’ names are etched in stone.

Worthington Christian School has a rich history of people committed to the mission of developing the mind of Christ in students that have allowed the school to be what it is today and that will have an impact on generations to come.