IN THE NEWS: BALANCED CAST KEEPS WORTHINGTON CHRISTIAN AT A HIGH LEVEL 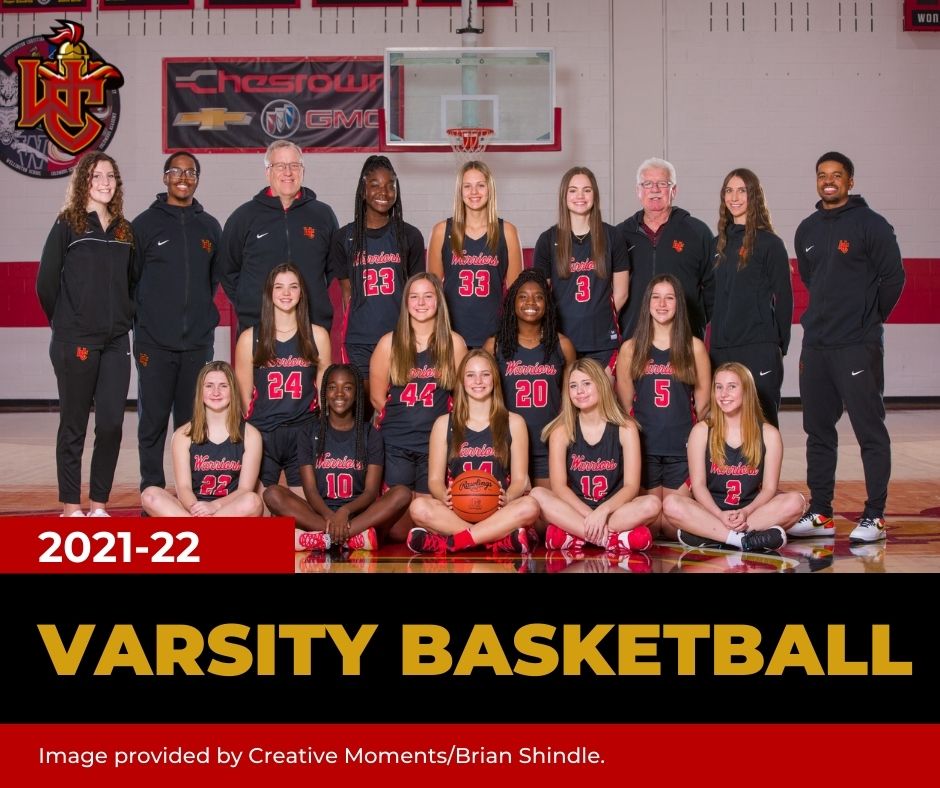 Losing one of the program’s all-time great players hasn’t slowed down the Worthington Christian girls basketball team this winter.

Before falling 32-31 on Dec. 30 to Olentangy Liberty, one of the area’s top Division I teams, the Warriors beat their first 10 opponents by an average of 34.1 points.

They’ve used a more balanced approach offensively after the graduation of Katherine Weakley, who finished second in career points at the school with 1,539.

After going 23-2 and earning a Division III regional runner-up finish last season, Worthington Christian again looks like one of the best teams in the state with a lineup led by senior Blessing King and three other returning starters.

“We have four returning starters from last year, so the chemistry we’ve been building for the last two years is still there,” King said. “Coming off last year, losing Katherine Weakley who was averaging about 20 points a game, me and all the other key players have had to make up for that.

“Honestly, I’m not surprised (at how much success we’re having) because we have four (starters) that are returning from last year. All of us that played last year played in high-pressure situations and are smarter players, and we have multiple people that can just go score whenever they want and get a bucket whenever they need to.”

Worthington Christian was second in the state poll released Jan. 4 and was 11-1 overall and 7-0 in the MSL-Ohio Division after beating Columbus Academy 65-31 that same day.

King, a 5-foot-11 forward who has drawn rave reviews from coach Jason Dawson for her on-ball defense since he took over last season, had increased her scoring average to 14.2 points through 12 games after averaging 12.0 last season.

Junior wing player Meghan Mayotte had increased her scoring average from 9.0 to 14.0, and junior guard Megan Weakley had raised her average from 8.5 to 11.5.

The only other senior is 5-8 wing player/guard Jaeda Tagoe.

While Tagoe has an academic scholarship offer from Northwestern, according to Dawson, King has been offered by Division II programs such as Ohio Dominican and Asuza Pacific as well as some junior colleges.

“I came into this season knowing I have to score more each game to make sure we’re winning games and to make up for that,” King said. “I feel like I’m more selective on the shots I take and smarter about which shots I’m taking, too, so that I can raise up my percentage. I’m playing smarter this year.”

Another player taking on a bigger role is sophomore guard Jamie Custer, who has been “doing an amazing job” as the new point guard, according to King.

With a little more than two weeks remaining before the tournament drawing is held Jan. 30, Cardington (third) and Africentric (ninth) were other Central District teams ranked in the Jan. 4 state poll.

“Blessing is going to give you 15 to 17 (points), Meghan Mayotte scores about 12 to 14, Megan Weakley averages around 13 to 15 and Jaeda around 10, so we’ve been spreading the scoring,” Dawson said. “It’s a beautiful thing to watch, having four girls out there that can really light you up. In this league, we’ve got some challenges ahead.

“Blessing has worked her tail off in the offseason. We’ve done some training with her on her ball-handling and just finishing at the rim, and with her God-given ability, she can rebound, she can beat you down the court, she can defend, she can block and sprinkle in some skill and she’s become a complete player now. She’s going to be a really good college basketball player.”