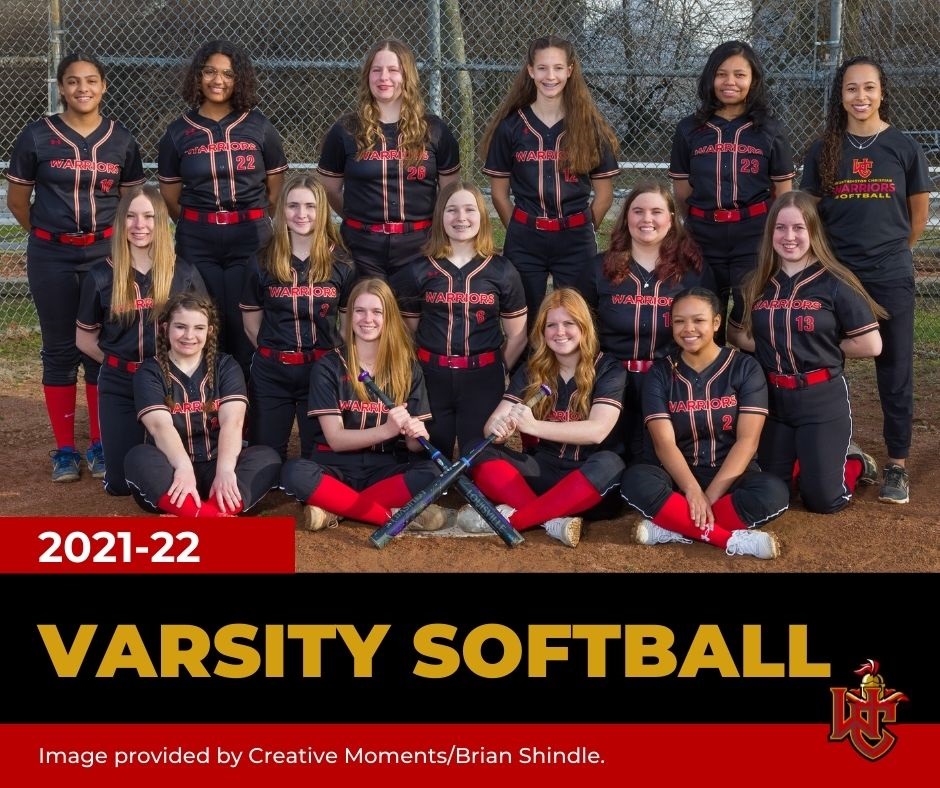 During its first game in a week because of weather postponements, the Worthington Christian softball team was determined to keep fighting when it met Grandview in an MSL-Ohio Division matchup April 20.

Grandview then cut it to 18-15 and had the bases loaded with one out, but the game was called because of darkness as Worthington Christian escaped with a season sweep.

“Our team is the definition of when you put the work in, you get the work out,” senior Olivia Scholl said. “If you would’ve told me our team would have gone seven innings and ended in the dark with this much discipline, I would’ve told you that you were lying. Our freshmen have grown up a lot.”

Scholl, who moved to pitcher for the first time this spring after playing mostly as an infielder throughout her prep career, and senior shortstop/second baseman Paige Tomallo give the Warriors a pair of pillars for an otherwise inexperienced team.

There are seven freshmen competing under new coach Dani Ramos, a Kent State graduate who has coached at the travel level and was the Worthington Christian Middle School coach the past three seasons.

Ramos took over for Matt Heidorn, who led the Warriors to a 15-12 mark last spring before stepping down after five seasons.

“The biggest thing I try to preach to the girls is take care of the little things, give 100 percent effort no matter what you’re doing, take care of fielding the routine balls, know where the next play is,” Ramos said. “(I tell them to) do the little things and the big things will work themselves out, and (I) have been teaching them a little bit of how to handle adversity.”

The Warriors had eight games postponed or canceled during the season’s first month and were 2-5 overall and 2-4 in the MSL-Ohio after losing 18-0 to Buckeye Valley on April 27. Their first league win was 11-1 over Grandview on April 7 in their opener.

Tomallo has been a two-sport standout for the Warriors, helping the girls soccer team to a district runner-up finish last fall.

She has committed to play soccer for Anderson University, a Division III program in Indiana where she plans to study cyber security.

Tomallo, who also is considering walking on with the Anderson softball program, has enjoyed taking on a leadership role alongside Scholl.

“It’s great having Liv here,” Tomallo said. “She’s such a great teammate and supporter, too, so it’s not like you have to do it all by yourself. We really just have a great team that listens to us, and you can see them working hard to try and do what we say.”

According to Scholl, Tomallo is the “good cop” to her “bad cop” personality for a squad that features a talented group of young players led by freshman catcher Haddie Leverette.

“This is my first year pitching ever and it’s a struggle, but obviously I love the sport a lot and team comes first,” said Scholl, who plans to study political science at West Virginia. “I’ve always specialized at third base and I’m going to go to college to be a utility infielder in club.

“I love this team and I love this sport. (Leverette) is very good and we’re so blessed to have her. I feel like Paige and I have been this dynamic duo since the seventh grade. We’ve always been here. There’s girls that have come and gone in our grade, but we’ve both been here the entire time. Paige and I get along and work together and I think she’s the best person ever on and off the field.”

The Warriors are preparing for the Division III district tournament, where they’ll look for more success after a second-round loss last spring.

“(We) practiced more than (we) thought about playing (during the first month), but we’re trying and there’s nothing you can do with the weather,” Ramos said. “I absolutely love the effort and we’ve got quite a few girls that have actually never played before, so there’s been some adjustments. From the beginning of practice in February, they’re exponentially better. We’re still learning, but they’re doing great.”