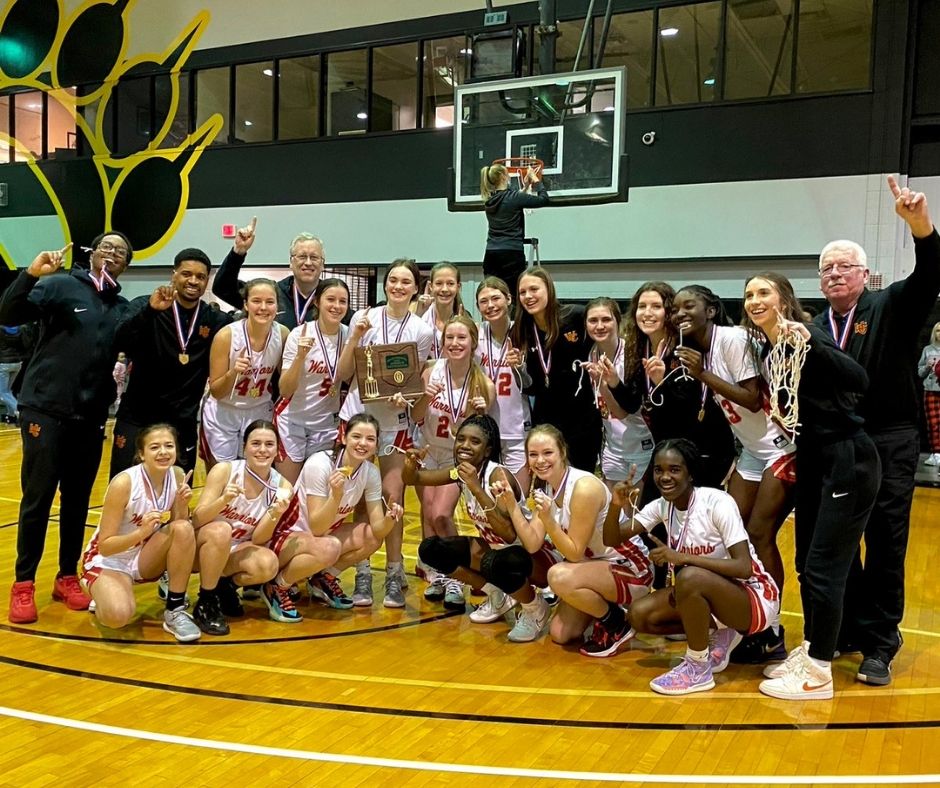 Losing its defensive leader and a four-year starter in the fourth quarter of a tight Division III district final could have shifted the momentum away from top-seeded Worthington Christian on Feb. 25 at Ohio Dominican.

In a matchup with second-seeded and six-time defending district champion Africentric, though, the Warriors managed to find a way even after senior forward Blessing King was whistled for her fifth foul with 3 minutes, 34 seconds remaining.

Worthington Christian held a four-point lead when King fouled out. It then got three offensive rebounds from her replacement, King’s freshman sister Faith King, as well as four points from junior wing player Meghan Mayotte and held on for a 43-37 victory.

With their second consecutive district title, the Warriors improved to 24-2 and advanced to a regional semifinal March 2 against Castalia Margaretta or Upper Sandusky at Lexington.

“Kamryn Grant is a workhorse and is hard to guard, and it was a big assignment for Blessing but she had a chip on her shoulder,” Warriors coach Jason Dawson said. “She’s still trying to find a place to go to school (and play) next year and felt like it would be a great time to showcase her skills and her ability.

“After Blessing went out, I subbed in her little sister for a reason. They’ve got the same pedigree. She had three offensive rebounds.”

Mayotte went 0-for-9 from the floor during the first half but hit her first four shots of the third quarter, including one 3-pointer.

The Nubians led 34-33 heading into the final period, but Warriors senior wing player Jaeda Tagoe hit back-to-back 3s to give her team a 39-35 lead with 4:25 to go.

The Nubians were within 39-37 with 1:24 left after sophomore forward Samairah Thompson made two free throws, but Mayotte scored with 1:01 to play and then made a pair of free throws with 38.6 seconds left.

“I just knew this was our game and I wanted to take it,” Mayotte said. “We worked so hard to get to this point and we didn’t want to give it up. We started hitting shots. We were rebounding. We were more active on defense and kept our energy up.”

“They won the hustle plays,” Nubians coach Janicia Anderson said. “Their offensive rebounds caught up to us. They got great positioning in the post and just executed.”