IN THE NEWS: WORTHINGTON CHRISTIAN WARRIORS GROWING AS POSTSEASON NEARS 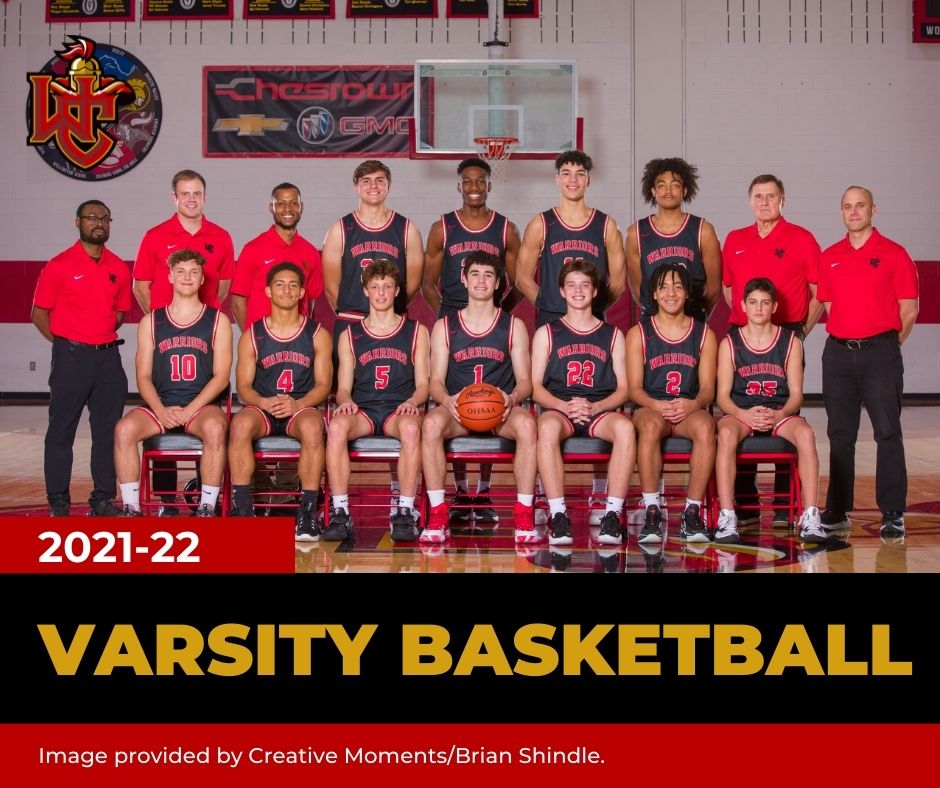 That’s how things have played out, with the Warriors winning nine of 10 games following a 0-3 start.

Worthington Christian was the No. 1 seed for last year’s district tournament but figures to be closer to the middle of the pack when the drawing is held Feb. 6 for the 24 teams.

“We got off to a slow start and kind of adjusted our style a little bit after those three losses,” Weakley said. “We kind of reevaluated our strengths and weaknesses and have played a little bit differently than teams we’ve had in the past and have steadily improved.

“Now we’re at that place where we’ve got to take that next step if we want to get into the upper echelon of teams in our division by the end of the season. We’ll see if we can do that.”

Sophomore Sam Johnson scored 15 points in the loss to Grandview to equal his season scoring average.

Weakley sees some of the same “high-character” traits in Johnson that he saw in Moore, who played only three seasons before graduating early but finished fifth in program history with 1,333 career points.

“(Johnson has) an enormous amount of talent, but he’s also a guy that kids like to play with, a good student, just a real strong young man to build around, for sure,” Weakley said.

Another sophomore, guard Jonah Lewis, averages 12.0 points while taking on a much more extensive role this winter.

Senior guards Tommy Anthony and Adam Dunson have been other key ball-handlers, with senior Luke Snedecor and junior Correll Amsbaugh, who are both 6-5, joining Johnson down low.

“It’s been a learning experience for sure,” Johnson said. “It’s been difficult at times, but guys had to do it before me and now it’s my time (to be a leader) and I’m thankful for my role. I’m looking to continue to become a better leader as the season progresses and show what you need to do in order to lead a great team. It’s a very different role than last year, so I’ve had to get used to it. But I’m thankful for those around me who have helped me transition into the role I’m playing now.

“I’m very grateful to be a part of that process last year and to see what it takes to make it that far. I’m trying to explain and show the team what’s needed in order to have that postseason success, because many of them don’t have the firsthand experience. I understand what it takes mentally and physically to get there, and I’m thankful I’m able to explain to the team to get them ready.”

Worthington Christian is scheduled to play Patriot Prep on Feb. 4 at home before closing the league schedule Feb. 8 at home against Wellington and Feb. 11 at Columbus Academy.

The Warriors also visit Briggs on Feb. 15, and Weakley hopes to add an additional non-league game before the postseason.

“I’m super proud of the progress our team has made since the beginning of the season,” Johnson said. “Anyone you talk to would say that we’re a completely different team than the team we started out as, but we’re not satisfied or content with where we’re at now. We still have some games left to sharpen what we need to work on in order to be successful in the postseason. We’re going to use these games to get better and get ready for the tournament.”