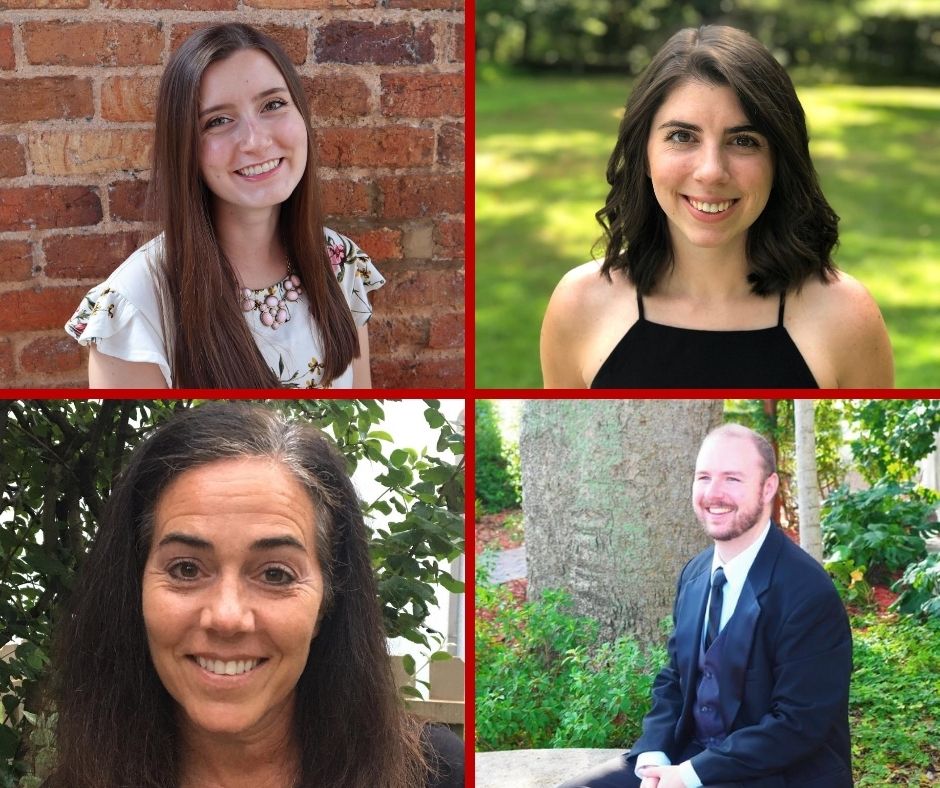 In addition to all of the campus changes and updates taking place this year, WC’s faculty and staff is welcoming some new (and perhaps some familiar) faces. Over the summer, Nanci Griffith joined WC’s administration as the Lower School-Grades 3-6 principal. There are also two new faculty members joining the ranks of WC’s highly engaging and intentional, well-educated and well-experienced teachers. Two people are also joining WC’s incredibly supportive administrative staff this year. Join us in welcoming them to the WC community!

Katie Hedburg is joining WC’s Lower School faculty as a first-grade teacher. Originally from Minnesota, she completed a Middle Childhood and Early Adolescence education degree at the University of Wisconsin in 2017. She then taught 7th grade math in South Carolina for two years before moving to Ohio where she taught preschool last year. She is married to her high school sweetheart Tim and they currently reside in Marysville with their new puppy, Bentley. She is excited to join the WC community and see how the LORD works as she gets to know the staff, her students, and their families.

Johanna Mousa is now serving as an administrative assistant in the Lower School, but she is no stranger to WC. Her WC story began as a Kindergarten student here. She graduated from WC in 1988 but returned a few short years later as a substitute teacher after completing a bachelor’s of science program at Grace College. Since then, she has worked at WC as a full-time 6th-grade math and social studies teacher, as well as participated in coaching basketball, track and softball. She and her husband Mark have three daughters (one WC graduate and two current students). In this new role, she is looking forward to helping teachers, parents and students be successful at the Lower School.

Madeline Huffman is joining WC’s staff as an administrative assistant at the Upper School campus. She earned a bachelor’s degree in Fashion and Textile Management from North Carolina State University in 2018. She moved to Columbus thereafter to work in the corporate office of Abercrombie and Fitch. She and her husband Trevor married in April of 2020 and now reside in Westerville. Huffman is passionate about creating and nurturing relationships and is excited to work in an environment that values the entire wellbeing of individuals.

Tim Miner is joining the Upper School faculty as the band director. Miner earned a Bachelor of Arts degree in Music Education at Akron University in 2009. He completed a Masters degree in Band Conducting at Sam Houston State University in 2017. He worked at Florida Christian School in Miami, Florida, from 2011 to 2018. He has also worked as a private music instructor since 2007. He is looking forward to working with the amazing music program at WC and seeing it continue to be a successful program.