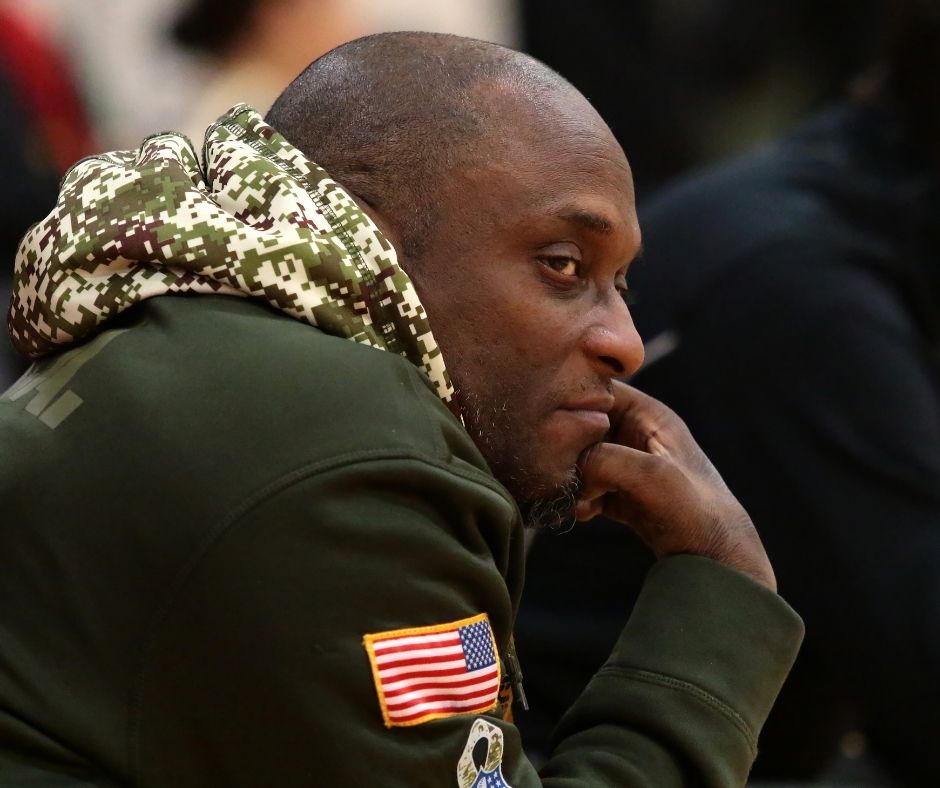 Beginning this spring, a new memorial scholarship will be awarded at Worthington Christian School. Established in November of 2020, the Rikki Dunson Memorial Scholarship seeks to advance its namesake’s legacy of encouraging, inspiring, and investing in others while bringing honor and praise to the name of Jesus. Though he lived as a quiet, understated, humble man who never wanted attention for himself until his untimely death in 2019, the proud WC dad had a story of courage, strength, and faith that deserves to be shared.

Dunson grew up without a father, and his mother struggled with alcoholism. As a high schooler, a tragic accident during a football game left the young man paralyzed and bound to a wheelchair. With little resources and support, Dunson determined that he would figure out how to function all on his own. He learned to drive, moved to the Columbus area from his hometown of Akron, and secured a job for himself. He later met and married his wife Nykki. Told by doctors that they would not be able to have children, they were thrilled to give birth to a daughter Erin (WC ’19) and a son Adam (WC ’22).

When the time arrived for the Dunsons to consider school options for their children, the couple began having conversations about what would be best for their family. Their education backgrounds were vastly different from each other—Nykki had grown up in Christian school and been raised by two parents that were Christian school teachers. Rik was raised by a single mother and had no Christian school experience. In spite of these differences, the couple agreed without question that they wanted to send their kids to a Christian school. So began their involvement at WC.

Rik was deeply proud of his two children, faithfully attending any and all events they took part in to show his love and support. It was quite common to catch him at a Warrior basketball game watching his son Adam play. Nykki jokingly recalls, “He wore WC sweatshirts as often as his Steelers sweatshirts.” He was very grateful for the education and opportunities available at WC. In May of 2019, the Dunsons saw their daughter Erin graduate. That same month, the Dunson family received a difficult diagnosis: Rik had cancer.

Following Rik’s diagnosis, the Dunson family spent 58 days with him in the James Medical Center. A long-time member of Vineyard Church Columbus, they received much support throughout their time in the hospital. But where they felt a deeper sense of support and connection was from the community they’d developed at WC. Erin and Adam were able to stay with WC friends and families, and many hospital visits and meals came from their school community. At one point Rik said with wonder at the amount of support, “I can’t believe all these people.”

In his hospital room at the James, his walls were covered by posters made by friends at WC that said “God is greater.” Friends, family, and even hospital staff signed the posters throughout their stay, and it served as a real-time testimony to the family and presence of God in their lives. Just as he had lived his entire life, Rik continued to find strength for the day until he breathed his last on September 20, 2019.

In thinking of a way to honor Rik’s life and what he loved, Nykki knew it ought to involve WC. Through all of the difficulties of his life, Rik lived from a place of faith-filled determination She wants to pass on Rik’s love for WC and his courageous spirit in the midst of adversity. So a memorial scholarship bearing his name was developed, intended to support minority students who are first-generation Christian school attendees.  She explains, “We were blessed through WC and want to bless others. We want to encourage families as they pursue a Christian education. It is worth it. God is faithful.”

[If you would like to add to the existing funds of the Rikki Dunson Memorial Scholarship, you may do so by making a gift here, designating “Where Needed Most” and adding the scholarship name to the “notes” section. Anyone interested in establishing a scholarship fund may contact Polly Shoemaker, Director of Advancement, by email or at 614-410-4231.]