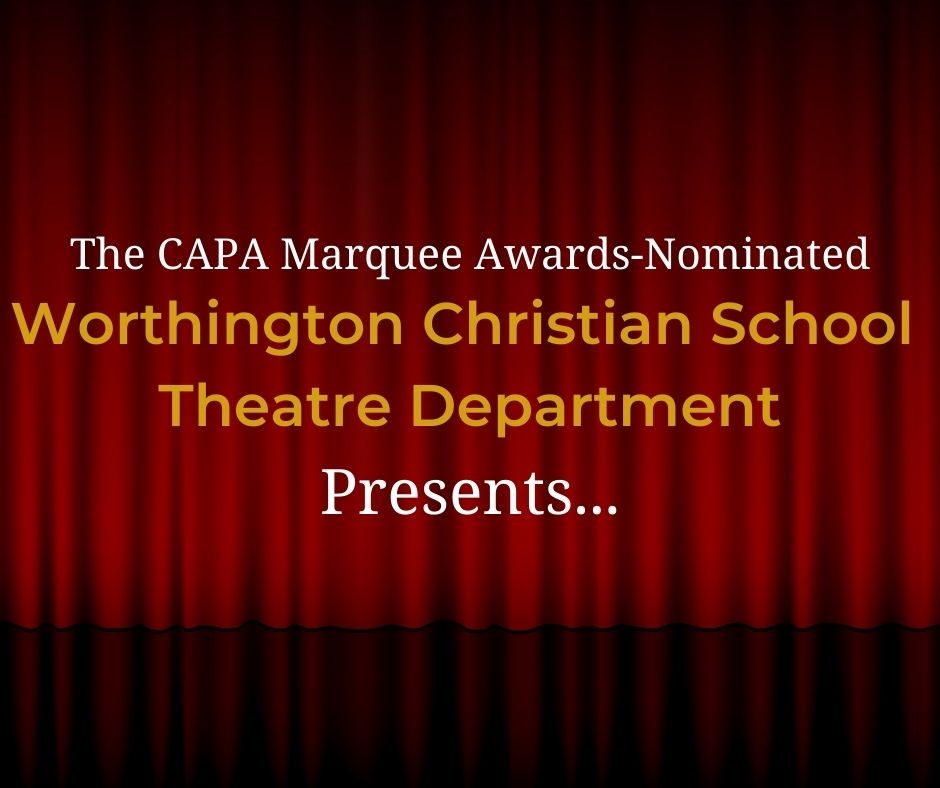 In final production of the year, WC theatre students present ‘Tracks’ and ‘The Patient’

The CAPA Marquee Awards-nominated Worthington Christian School Theatre Department has one more offering this year.  On May 13 and 14, the cast and crew will be presenting an evening of one-act plays with “Tracks” and “The Patient.”

“Tracks” is a play in which ten people end up in a subway station, but they are not sure how they got there and where exactly the train is going.  As they work through their own issues, they try to figure out who the other people are and what they have in common. Then before the train arrives, they make a startling discovery.

In “The Patient,” Mrs. Wingfield fell off her second story balcony and has just barely survived. Her family seems worried that she fell having been ill for the last few months. But did she fall? Did she ump? Or was she pushed? The police have set up an experiment that is sure to find all the answers as long as things go according to plan.

This evening at the theatre will be two plays for the price of one. Tickets are just $5.00 and are available at the door.

And as a bonus element of each evening,  guests are invited to stay after each show to hear some of the twenty seniors singing show tunes as a final performance on the WC stage in our After Hours Senior Cabaret.