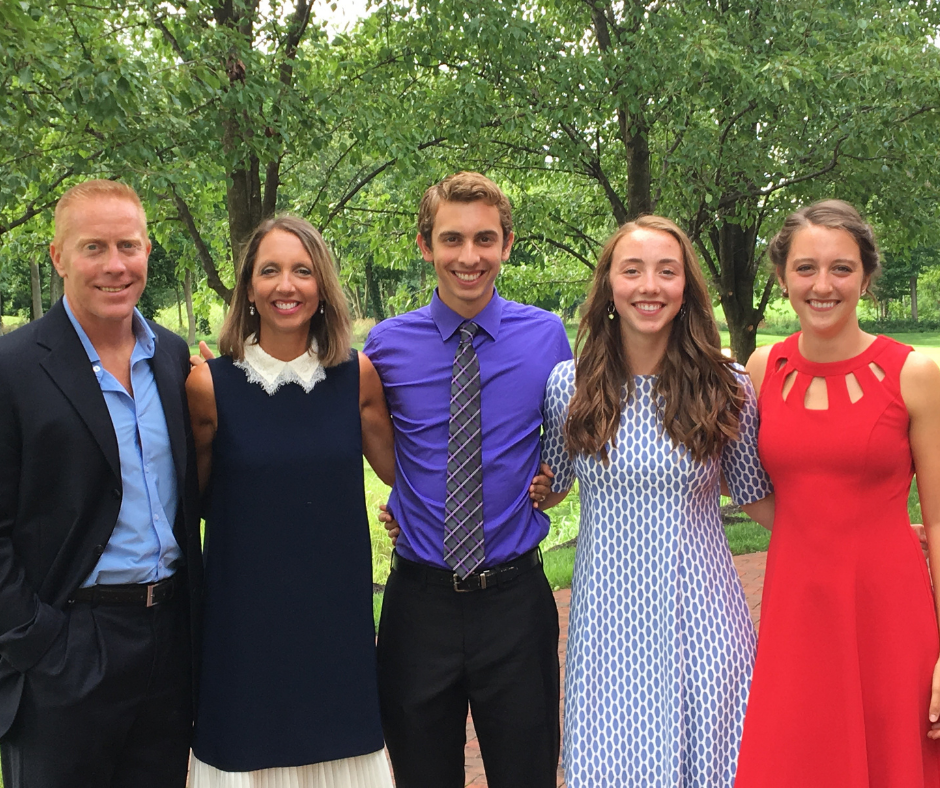 “Dolores (not her real name)” didn’t walk into Dr.  Timothy Custer’s (WC ’87) office at the Fairfield Healthcare Professionals General Surgery River View in Lancaster. The 65-year-old woman had to be rolled in. Confined to a wheelchair, she felt she had three constants in her life: taking her medications, smoking, and waiting to die.

What made the difference for “Dolores” was bariatric surgery, which includes procedures such as Roux en-Y bypass, sleeve gastrectomy, and biliopancreatic diversions.

Bariatrics is not a simple snip-it-and-fix-it surgery for those who want to shed a few pounds. It is a radical, last resort for patients who haven’t lost weight through multiple diets and weight loss programs.  In order to qualify for the surgery, patients must be over 18, have a body mass index (BMI) greater than 40, or a BMI of 35-39 accompanied by a complication like diabetes, hypertension, or sleep apnea.

Custer, who has been married to his wife Katie for 24 years, lives in Lancaster. The couple has three grown children, Leah who is a nurse at Grant Medical Center, Luke who is a senior at Cedarville, and Hope, who is a freshman at Mount Vernon Nazarene.

Custer did his pre-med work at Grace College and graduated from medical school from The Ohio State University.

“I wanted to be a surgeon from the time I learned there were doctors who do surgery,” Custer said with a laugh. “But when someone mentioned bariatrics, I was like ‘Why would you want to do that? That sounds horrible.’”

What cemented his career choice to go into surgery was playing soccer at Worthington Christian. Custer sustained six knee injuries while playing soccer including having total anterior cruciate ligament reconstruction surgery his senior year. He collided with a goalkeeper while playing against Lancaster and was taken to Fairfield Medical Center, the same hospital he practices at now.

“I remember driving out here and going ‘Oh my gosh, there’s the field where I totally messed up my knee,’” he said. “And then, it was ‘This is the same hospital they took me to.’ It was really ironic.”

Custer said it wasn’t until after medical school when he began to rethink his position on bariatrics. While he was doing his surgical residency at Mount Carmel, one of his mentors, the late Dr. Phil Price, was one of the few surgeons in Columbus performing the surgery.

From the moment he saw the life changing effects of the surgery, he was hooked.

“It’s like nothing else,” said Custer who estimates he has performed 2,500 procedures in his career. “It’s cool watching people having their lives completely change. The more I do it, the more I enjoy it.”

Custer has patients list activities their weight has kept them from doing and goals they want to achieve after they lose the weight. The discussion is usually an emotional one.

“Many of these patients are in a really bad place when they come to see me,” he said. “They have failed multiple times to lose weight and they’ve been made to feel like they’re a failure by all of society. They just feel defeated.”

Before they decide on the surgery, many have been warned by friends, family, and even their doctors that the surgery won’t work.

Custer states there are several myths about bariatric procedures:

“The myths are not consistent with what we’ve learned in the last 20 years,” Custer said. “But that’s the kind of response a person will get from their friends and family. It’s terrible. It even angers me even talking about it because it is just not true.”

Outside of his job and raising his kids, Custer’s passion is being a part of medical missions to Madagascar and Niger in Africa. Custer has taken eight two-week trips to Africa and each one has been filled with exhausting but fulfilling days.

“Generally, you’ll have 300 people come to the clinic a day and you treat everything from typhoid to leprosy to snake bits and polio,” he said. “I would love to go over there for like four to six weeks at a time, but I can’t leave my practice for that long.

“I think it is easy to see Christ in what I am doing. We take an oath in medicine to treat people the same regardless if they can pay or they are nice to us. We treat them because it’s the right thing to do. There are a lot of sacrifices you have to make but I know I’ve been very blessed as well.”