A MAN OF HIS WORD

Home » Alumni News » A MAN OF HIS WORD 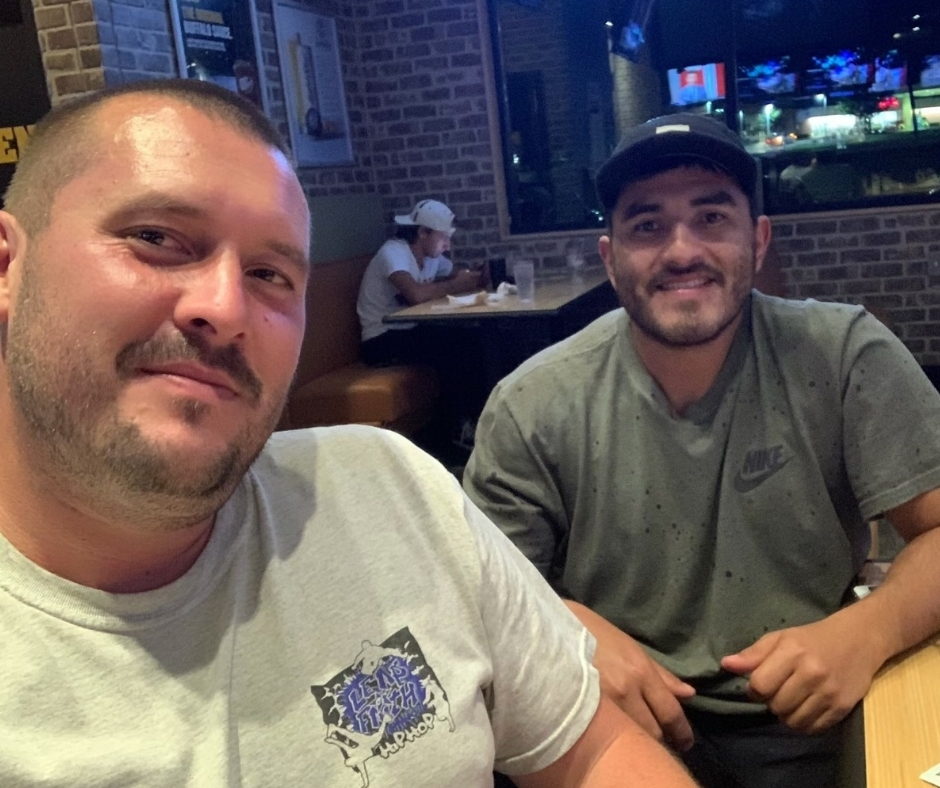 Twenty Years After Visiting Guatemala, Duffey Continues to Keep His Promise to His Friend

At the end of his six-week stint at the Nuevo Reto Orphanage in Guatemala with Youth Missions International (now called Base Ministry), Zach Duffey, then 16 years old, found it hard to say goodbye to his friend, Jose Meza, then 11 years old.

“The last day was emotional,” said Duffey, (WC ‘03) the proprietor of Mold Mentor and lives in Westerville with his wife Lauren and five children. “While the rest of the team was saying its goodbyes, he and I stepped outside the building and just talked about how special of a time that summer was. He started to cry and put his head against my shoulder. I grabbed him by the cheeks and looked him square in the eyes. I said, ‘Let me tell you something, man. I’ll be back.’

“I’ve never made a promise like that before. When I make a promise, it’s in my nature to find a way to make it happen. I came back a lot sooner than I thought I would.”

Duffey came back to his home a different person than the one who had left for Guatemala six weeks before. He no longer was a clothing-obsessed teenager, opting to buy his outfits at thrift stores rather than American Eagle or Abercrombie and Fitch.

“After seeing Guatemala, my outlook on life would never be the same,” he said. “I just felt like it put me on a different track.”

That “different track” made him want to return to Guatemala. As soon as he came back to Columbus, he began to scheme ways to earn another roundtrip ticket to Guatemala. In November, his parents, Michael and Beth Duffey, began asking him what he would like for Christmas that year.

“I didn’t want anything … except to spend Christmas and New Year’s in Guatemala,” he said. “My parents got the okay from the pastor there and I stayed there for two weeks.”

Since his first trip, Duffey has applied 14 stamps from Guatemala in his U.S. passport. Over the next nine years after his youth mission trip, Duffey found a way to come back to Guatemala City every year. All but one member of his family has visited Guatemala at least once as well as his wife Lauren and his daughter Rylie, his father-in-law Brent, brother-in-law Drew, and his sister-in-law Mallory. Additionally, the Duffeys have helped bring Meza to the United States at least five times.

Duffey made so many trips that Nuevo Reto began to feel like a second home. Duffey said when he was 23, he and Ben Smith, a traveling companion, feared Guatemala might become their permanent home after being stopped by the police with a dead body in their car.

As it is with most Duffey narratives, it sounds like something from a movie. Duffey and Smith arrived in Guatemala with the goal of visiting some Mayan ruins. However, shortly after their arrival, their itinerary changed dramatically.

Marlon, one of Duffey’s friends from the Nuevo Reto orphanage, informed Duffey and Smith his grandfather was dying of cancer. As a recent graduate of the Ohio Fire Academy, Duffey volunteered to sit with the 75-year-old man as he died.

“I felt his pulse and he took his last breath, and another 10 seconds goes by, and he gasps for another,” Duffey said. “His pulse then faded away. I was able to see his skin change color into this light gray. I had never seen anything like that before.”

Duffey didn’t realize the bond he had created with the man’s family included him into the preparations for the man’s funeral, a nine-day celebration in Guatemala.

After the man’s death, Duffey was asked to help prepare the body for burial.

“His wife brings me a fresh pair of clothing for him to wear and then hands me balls of cotton to put up his nose and mouth. This is how they embalm a body in Guatemala. As I was rolling him over, no one told me about the colostomy bag, and it leaked all over the bed.”

The story then sounds like a scene from National Lampoon’s Vacation or Little Miss Sunshine as Duffey, Smith, and Marlon’s father transported the body back to the old man’s hometown, a six-hour drive in the middle of the night through a jungle. The body, wrapped in a white sheet, was buckled into the passenger seat of a 1990 Toyota Camry while Smith and Duffey rode in the back seat. The rest of the family followed close behind in a second vehicle.

At some point, the caravan was stopped by the police.

“Marlon’s dad was trying to explain to them why there was a dead body in his car,” Duffey said laughing. “The next thing I knew, everyone was being ordered out of the car. Ben panicked and said, ‘I’m not going to jail in Guatemala.’ I asked Marlon, ‘We’re not going to jail, are we?’ Marlon said, ‘No … I don’t think so.’

“I told Marlon if they say they’re going to arrest us, we’re going to run into the jungle.’ It’s nerve wracking to think this was our backup plan.”

However, after 10 minutes, there was an exchange of cash with the police and the caravan continued onward to the man’s hometown. The story would have been a funny footnote if it hadn’t been for what happened next.

Shortly after a funeral parade through the man’s hometown, Duffey became violently ill with fever, nausea, and vomiting. He returned to Guatemala City for treatment. After being misdiagnosed twice and injected with painkillers, he was taken to the main hospital where he was told he had viral meningitis.

Duffey received a spinal tap and immediately felt so much better that he and Smith then explored the Mayan ruins the next day. However, during a climb to the top of the temple, Duffey fell ill again.

“Apparently, I didn’t get the memo I was supposed to be on bed rest for a week after the spinal tap,” he said. “I was rushed home to Westerville and immediately placed on bed rest. My doctor said I was lucky I didn’t die or have brain damage.”

Duffey’s last trip to Guatemala in November 2020, was equally eventful but for different reasons. He was asked to be the officiant of Meza’s marriage to Karem. While he was there, Meza’s family arranged a surprise quinceanera for his daughter Riley.

“That was such an honor,” Duffey said. “It’s amazing when you think about it. One day, you are making a promise to a 12-year-old kid and then the next, you’re officiating his wedding.”