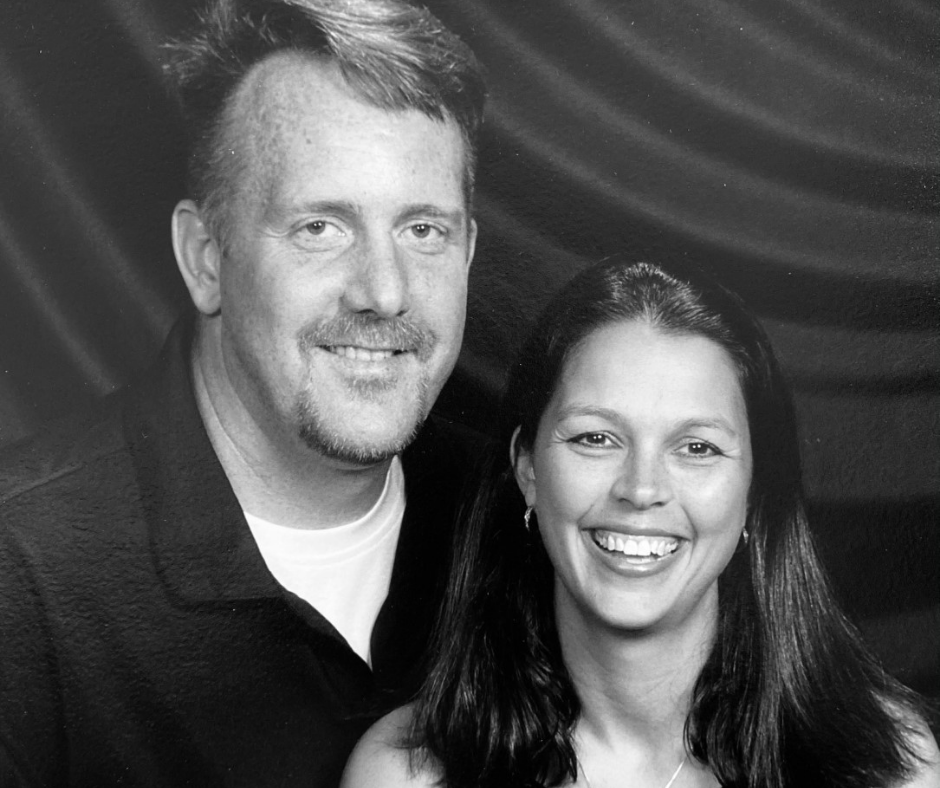 Dan (WC ’86) and Stephanie (Larson WC ’91) Custer were not high school sweethearts, per se, but the LORD wrote their love story 16 years after graduation.

How long have you been married? We have been married 17 years, and have four children currently attending WC.

When did you first meet? While our families have been involved in the school for most of our lives, we never actually met at WC. Stephanie is five years younger than me (Dan) so we didn’t cross paths while in high school. Our paths crossed 16 years later.

When was your first date? I (Dan) was out with friends and I saw Stephanie at a restaurant downtown earlier in the summer of 2002. I was like WOW, I need to meet this girl! We had mutual friends and she was teaching fourth grade at WC. It took me most of the summer to get up the courage to even call her. That was the best thing I ever did. I proposed going out several times but she never accepted. What we did do was to have multiple long phone conversations about our families, life experiences, and traits we were looking for in a person. Since we were older and had both been in long-term relationships we were not looking to date for the sake of dating. We didn’t know it at the time but God was working thru those conversations to answer the questions we had about each other and His direction. We did finally meet face to face in October at a WC golf outing/student walk at Medallion Golf Club. I was there for the outing and she was with her class in the ballroom. I snuck in and embarrassed her a little. That was our first official face to face meeting. After a couple of more weeks on the phone, it was the first week of November that she finally accepted my invitation to go out on an actual date. But she had one requirement. We could not tell anyone we were dating until after five dates …. something about my Dad being the Pastor and if this date went south she would probably have to quit her job from the embarrassment. Well, we started with our first date November 7 out to Cap City Diner, and ended our fifth date with a live concert ten days later. Five months later we were engaged and married in September 2003.

What do you know about God now that you didn’t know before you were married? Our story is unique. The school and church brought our families together and God put us together in His time. I (Dan) had other married friends that had commented on some of my previous relationships that they shouldn’t be so much work. With Stephanie, it was like all the pieces fell into place naturally and we knew very quickly we were made for each other. It sounds corny but it is true and it was God’s plan. He has a plan and we just need to allow Him to reveal it to us as His followers. That’s not easy to do and we as human beings fight it but once you release your will and follow His will, everything falls into place. It still takes our effort and commitment to each other but our relationship is so much stronger today, 17 years later, because of God’s faithfulness.