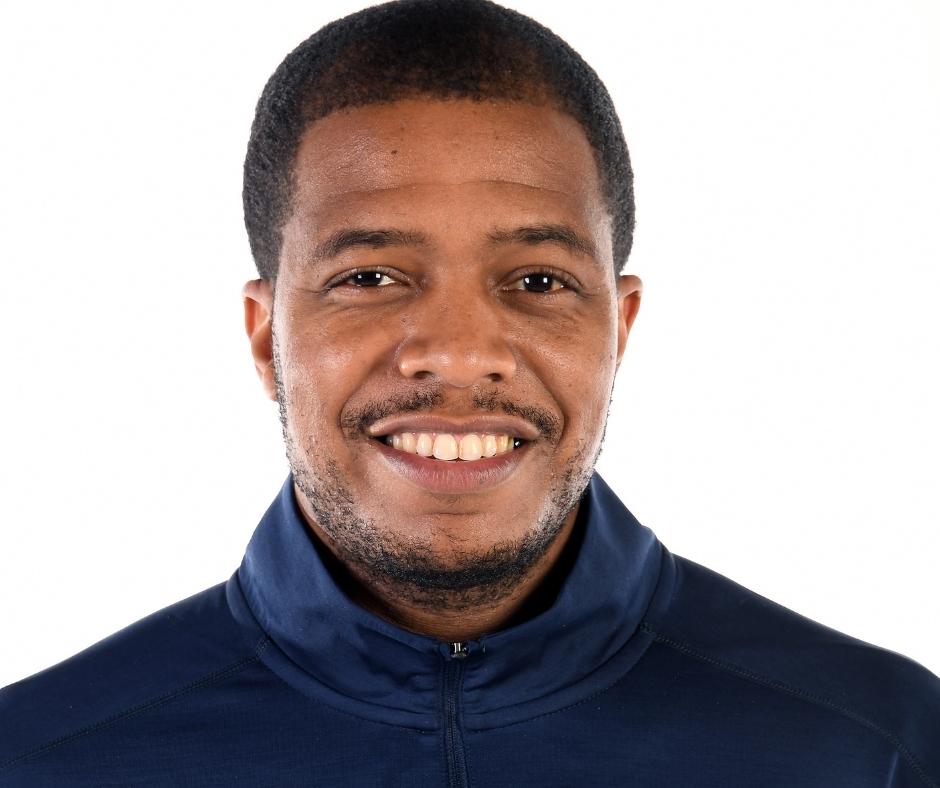 Brown uses MBA to fulfill his dream of being in the NBA.

Every time he dribbled down the court, whether it was on an elementary school blacktop or the hardwood of Worthington Christian’s Hogue Center, Timothy “T.J.” Brown (WC ‘04) fantasized of being in the National Basketball Association.

“Just like any kid, playing in the NBA was always my dream from the very beginning,” said Brown, an assistant manager of the Fort Wayne Mad Ants, an NBA G League team affiliated with the Indiana Pacers.

By the time he graduated from high school, however, Brown knew the odds were stacked up against him.

According to the NCAA’s report on the Estimated Probability of Competing in Athletics Beyond the High School Interscholastic Level, 59 percent of athletes believe they will go on to play their sport at least at the collegiate level. However, only 2.9 percent of all high school basketball players earn college scholarships. Of that number, only 1.3 percent of college players go on to play professionally whether that means the NBA or playing overseas.

That means only .03 percent of high school basketball players will ever play pro ball. Brown was the rule rather than the exception.

“I had a kind of a high motor and played really hard,” said Brown, “However, I was only 6-foot-2, so I was probably a little undersized and didn’t have quite the skill set (to play in the NBA).”

Brown may not have had the skill set to play in the NBA, but he developed the ones he needed to be a part of the league. After working for four and a half years as the basketball operations coordinator for the Indiana Pacers, Brown took an assistant general manager post with the Fort Wayne Mad Ants, a G league basketball team that is affiliated with the Pacers.

Brown, who earned a bachelor’s degree in accounting and a Master’s IN Business Administration degree in business from Kentucky State University, has spent the last seven years finding his niche. After spending four months as a coach and an intern with the Impact Basketball Academy in Las Vegas, he interned with the Indiana Pacers for five months (Sept. 2015-Jan. 2016) and the Brooklyn Nets (Jan.-April 2016). From there, Brown spent a year and four months as a Basketball Operations Seasonal Assistant with the Nets before returning to the Pacers as the basketball operations coordinator.

“For me, the coolest thing I get to do is watch all the games,” Brown said of his time with the Pacers. “Just being able to sit that close to the court every game and watch the best players in the world was just a complete blessing, you know?

“I love being able to watch these guys play and learning all the intricacies of what they do on a daily basis to prepare themselves for games. I get to see what it takes to make it to that level. It’d be unbelievable to watch NBA games for free. But to actually get paid to do that is just unbelievable.”

Understanding how Brown found his way to these jobs within the NBA is equally improbable. While he was at Kentucky State, the Worthington Christian graduate was focused on entering the world of business. Upon earning his bachelor’s degree, Brown was hired as a personal banker at Fifth-Third Bank (June, 2011-Sept. 2014). After returning to KSU and earning his master’s, Brown was then hired as an auditor for the Commonwealth of Kentucky Department of Revenue

However, Brown always kept one foot inside the sports world. At various times in his life, he did play-by-play and color commentary for Kentucky State men’s and women’s games and high school basketball games coached the Capital City Cavaliers AAU basketball team and was a graduate assistant coach with the KSU men’s basketball team.

“I always wanted to work in the NBA, but it’s one of those things that doesn’t even seem possible. How do you even start doing that?” Brown said. “I decided to go the accounting route because it was just a great career to have. But even when I was in banking, I was always thinking about the NBA.

“I ended up leaving banking because I knew I wasn’t passionate about it. When I took the job with the state, they were very lenient and allowed me to be a volunteer assistant coach with Kentucky State. I got to the point where I thought I really wanted to give the NBA one more shot.”

After being turned down by several NBA teams, Brown took the longest shot of his life, quitting his job with the state. He packed up all his belongings and headed West to Las Vegas. Once there, he landed an unpaid internship with the Impact Basketball Academy, which was training up-and-coming players during the summer.

“I figured I might need to take a real step and show people I was legitimate,” he said. “Impact gave me a place to stay and that was about it. I was working all day getting rebounds and doing that kind of stuff, but it did allow me to get around NBA people and just see how their mindset works.”

One of the things Brown found out was the professional basketball teams love cheap labor. After the Impact camps ended in August 2015, he was hired as an operations intern with the Pacers less than a month later. When that stint concluded in January 2016, Brown was hired in the same capacity with the Nets weeks later.

“It was kind of weird when the Pacers came to play the Nets in early January because I was literally just with the other team,” he said with a laugh.

Brown’s taste for playing in the NBA was somewhat sated by passing the ball to players, rebounding missed shots, and setting screens on the court during practices and warm-ups. His experience also exposed him to the less glamorous sides of professional basketball. He ran errands for the coaches, picked up water bottles, worked with scouts, helped the equipment manager with towels and jerseys, and served as a notetaker for team meetings.

“I was getting a whole understanding of every part of the operation,” Brown said. “It was a really inclusive environment there. They wanted everybody to be involved even if you didn’t have a great grand position or title.”

Learning those skills have paid off in his current role as an assistant manager of the Fort Wayne Mad Ants. The Mad Ants are to the Pacers what the Columbus Clippers are to the Cleveland Indians. Players on the team’s roster are either trying to raise their game or trying to regain their game after an injury. Duane Washington, who played for Ohio State from 2018-21, and Terry Taylor are considered two-way players, meaning they play for Fort Wayne, but they’re also listed on the Pacers’ roster.

The work is demanding with lots of long days and few free weekends during the season, but Brown thinks it’s the best job he could possibly have.

“I work with our coaching staff, trainers, and players to make sure everyone is on the same page,” Brown said. “I also have some dealings with agents and monitor the day-to-day situation of the team.

“You know, some days you are having some regular conversation with these NBA guys. But there are some days where you kind of say to yourself, ‘Wow, this is unbelievable that I’m around these NBA players every day.’ Sometimes I just realize how blessed I am and just how amazing it is.”