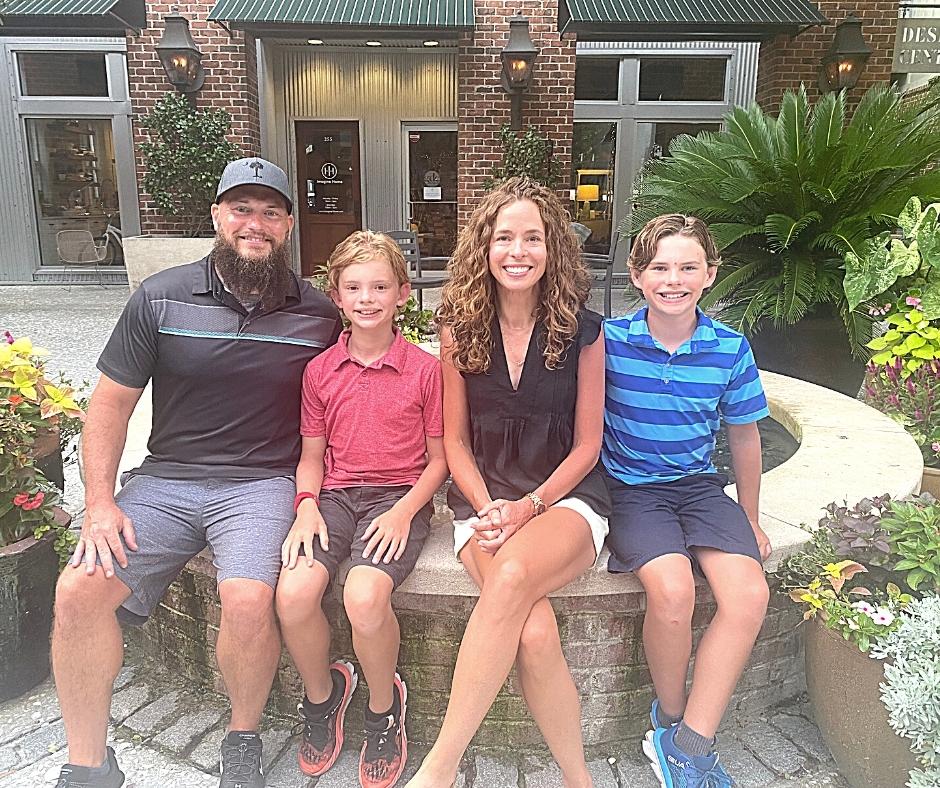 When he started running a decade ago, Karey West (WC ‘94) thought it would be the perfect way for him to get into better shape. The director of accreditation sales and marketing for the Better Business Bureau of Central Ohio soon discovered that running provides much more than a healthy lifestyle.

“It has become more than a fitness activity,” said West, who lives in Westerville with his wife, Karen, and sons Evan (WC ’28) and Owen (WC ’30). “It’s become a real passion for me.

“When I’m running, I often take time to pray and worship. I feel connected to God when I’m running, whether talking to Him through prayer or the music I listen to. It is a great time to focus on Him and pray for others.

“Initially, I started running to get into better shape and be a role model for my kids. Evan and Owen get excited when they see me working out and always want to be a part of it.”

That fervor led West to be involved with Worthington Christian’s inaugural season of Let Me Run. The program incorporates fun activities, Bible verses, and prayer into a nine-week running program, culminating in a five-kilometer run at the end of the season.

“This was my first experience coaching, and it was amazing to see the progress the boys made over the nine weeks,” said West, whose sons Evan and Owen were part of the program with nine other sixth-grade boys. “I enjoyed sharing my passion for running and encouraging the boys each week during practice.

“I was so proud of all the boys as we cheered each other on at the 5K race. After that experience, my son Evan decided to join WC’s seventh-grade cross country team this fall. We have continued to run together this summer, and I’m looking forward to being at his first cross-country meet this fall.”

West was a member of the Warriors track and field program when he attended high school. However, he didn’t discover he enjoyed running until years after graduating high school and Otterbein with a degree in communications.

“More importantly, I learned much more about how God wants us to honor him through our bodies and how running is a lot like how we should approach life – lots of obstacles, but if we lean on Jesus, we will finish the race. I thank God for the (coaches, teachers, and volunteers) that spent time molding young men and women through the sports and academic programs at WC.”

Since he started to run again, West said he has found that it takes longer to find the time to run and longer to recover from running.

“It takes much more time to heal from a workout than it did when I was younger,” he said. “However, I am much more motivated to get in shape when I see my kids excited about running and working out.”