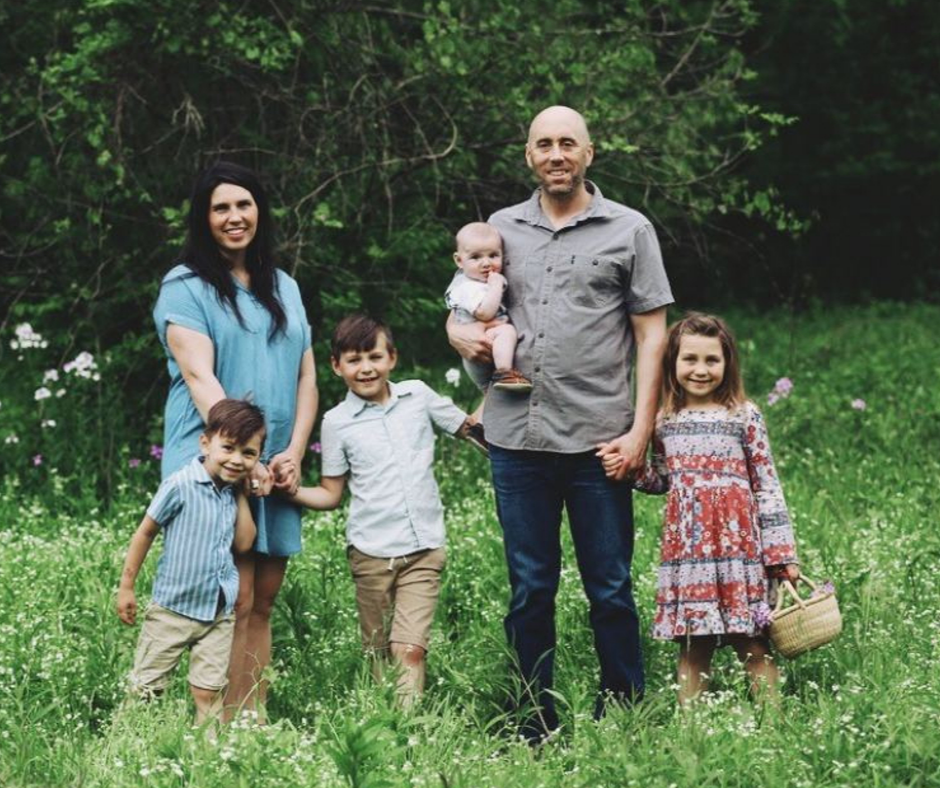 Thinking he was done with basketball, Weakley ready for new adventure in AIA

After playing for a Christian high school (Worthington Christian, 1994-97) and a Christian college (Biola University in La Jolla, California, 1998-2002), Bryan Weakley didn’t want to coach at a Christian school.

God, however, had other plans.

Weakley is in the process of raising support so he can be a part of the Athletes In Action men’s basketball program. AIA is a sports ministry sponsored by Cru Ministries.

“(After retiring from coaching in 2018), I was involved with an Athletes in Action trip to Brazil and I loved what I saw. I felt a strong calling to go in that direction. So we’re going around the country now in an RV and stopping at all the places we’ve lived and asking people to join our team.”

Weakley, his wife Terra, and children Dathan (4), Jonathan (8), Warren (4 months), and Makiah (6) plan on putting a lot of mileage on that RV. Since graduating from Biola, Weakley had stints at the University of Middlesex, University of Alaska-Anchorage, and Texas A&M-International University in Laredo, Texas.

The pain came to the point where Weakley decided to stop coaching collegiate basketball.

“A week after winning the conference title, I began suffering these panic attacks,” said Weakley, who compiled a 98-75 record in six years of coaching the Dustdevils. “It was kind of like having a heart attack (every week). It started with me not being able to breathe very well and when you can’t catch your breath, you start to freak out. You don’t know what to do.

“You start thinking about your feelings and what’s going on with your body. That just makes things worse.”

With so much of his life revolving around basketball, Weakley said it was hard to let go of the sport. He grew up playing basketball with his dad, Scott, and brothers Kevin and Jason. All three boys followed their father’s footsteps and became All-Americans for their universities.

Upon graduating in 2002, Bryan traveled overseas to become the University of Middlesex head coach and guided the university to a 30-0 record and captured the school’s first BUSU National Championship in 2004-05. In the off-season, Weakley served as a developmental coach for the London Towers of the British Basketball league.

Upon returning to the United States, Weakley became an assistant coach at the University of Alaska Anchorage from 2005-2009.

“I loved coaching, being around the guys and all the great moments,” Weakley said. “When you’re interacting with college kids every day, there is so much opportunity to help with the growth in their lives. Players are trying to discover where they are. As coaches, you get a chance to be involved with that.

“After 15 years, coaching took its toll. I’m really thankful for that because God really revealed some things to me to work on. I realized I cared too much about what people thought about me and my performance.”

Weakley believes he will enjoy the return to coaching almost as much as he did the first time around.

“We have to raise a significant monthly income,” he said. “When you feel called to do something, you get through the really hard times because God gives you moments and wins when you are lacking energy or consistency. It has been really sweet because my kids have got to see the dependency on God to see this thing through.”