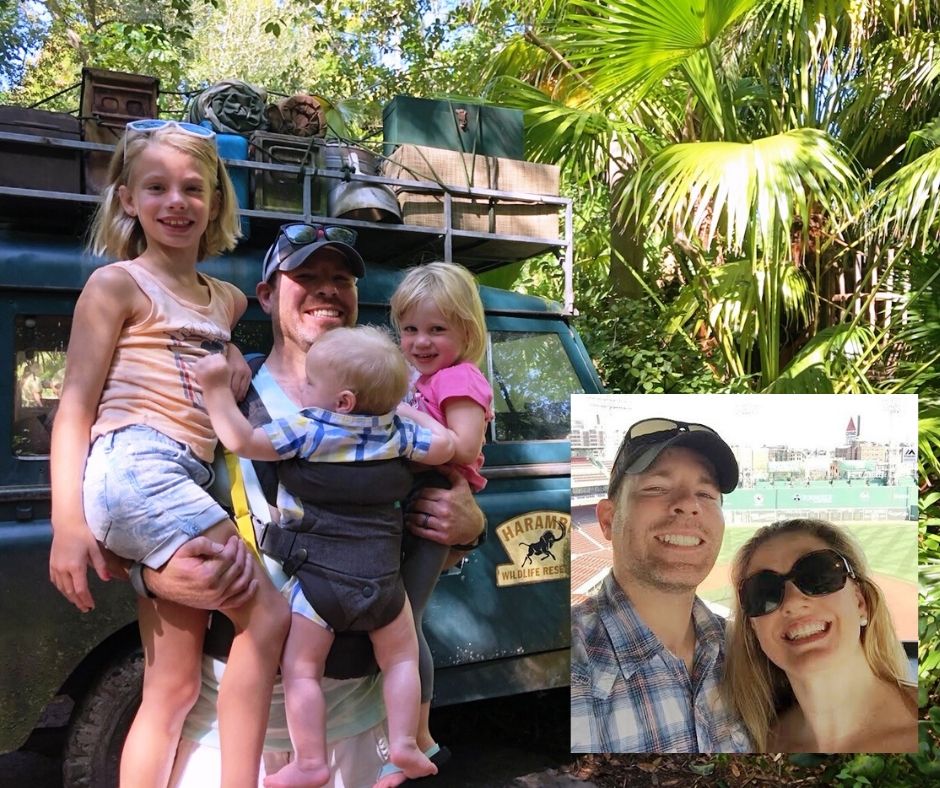 Schoonover glad he switched from the business world to pediatric nursing

After graduating from Bowling Green State University with a degree in marketing and finance, Ryan Schoonover (WCS ’96) found himself scaling the cold, steel ladder of success.

Suddenly he realized he was on the wrong ladder.

“In college, I enjoyed (studying economics) and I learned a lot about the economy and markets. It just turned out I didn’t want to work in a related field,” Schoonover said. “I was working in customer service and back office support for a sales team (at a local bank). I didn’t like it. I didn’t like working primarily on the phone.

“I used to joke that my life was like that of the movie Office Space. If I had continued working for the investment company, I feel like I could have advanced and done more, but ultimately, I just didn’t feel it was right for me long-term. I didn’t find it rewarding.”

Schoonover balanced being on one career ladder while scaling a new one that led him to become a nurse practitioner at Rainbow Pediatrics in Columbus. As he continued to work in investments, he went to night school and then did catering at a country club on nights and weekends as he began going to school full-time.

Schoonover believes his path may have involved a few extra rungs, but in the end has been worth it.

“It has been a long and winding road, but I am glad I did it. I feel like during my time at the investment company, God was telling me there was more out there and I just hadn’t found it yet. Everything just fell into place.”

When he was looking into making the switch, he and his wife Beth, whom he met at the investment company, wavered between becoming a medical doctor or becoming a nurse practitioner. Whichever one he chose, he knew he had to work with children.

“I knew immediately it had to be with kids. I’m still just a big kid myself in a lot of ways,” he said. “I get to work with kids and watch them grow up.  I can help guide the parents when needs arise.

“I know how special children are to God and I take my role seriously. My patients and their parents are important to me. Watching them grow up to be happy, healthy, successful people is something that is special and rewarding.”

However, rewarding doesn’t mean easy and not every outcome comes without pain. Two years ago, he remembers treating a young patient whose hip pain had been diagnosed as a muscle strain.

“It was plausible she had pulled something.  She was an athlete and in the season of her sport,” Schoonover said. “I just remember feeling uneasy about the diagnosis.  I gave the patient some instructions on how to care for her hip if it was a muscle strain with the plan that if it wasn’t improving over the next day or two, I was going to order some tests.”

Her pain didn’t go away. Schoonover ordered an ultrasound and found a mass on her kidney.

“I remember we brought the family back in that evening to talk to them face-to-face,” he said. “We didn’t know anything about the mass at the time, just that it was there.

“The mass turned out to be cancerous and the patient never recovered.  I will never forget her.”

Schoonover credits Worthington Christian with helping him become the person he needs to be to handle the highs and the lows of being a nurse practitioner.

“Worthington Christian helped me to become a better person overall, spiritually, mentally, and academically,” he said.

“Academically they prepared me for the rigors of college.  I actually feel that WCHS was harder in a lot of ways than college.  If I had not transferred to WCHS from my old public school during my junior year, I would not have been as prepared for college as I was.”

Worthington Christian’s impact has carried over into Schoonover’s career as well. He believes a nurse practitioner needs to be a good listener, patient and flexible.

“I think why my patients appreciate me is they know I care about them and their kids,” he said. “I feel like I’m a part of their families.

“I’ve gotten to watch some of my kids grow up from little babies to now having started kindergarten and the first grade.  I try to take ownership of my families.  I want to be there for them if they need me.”