CHIP OFF THE OLD BLOCK 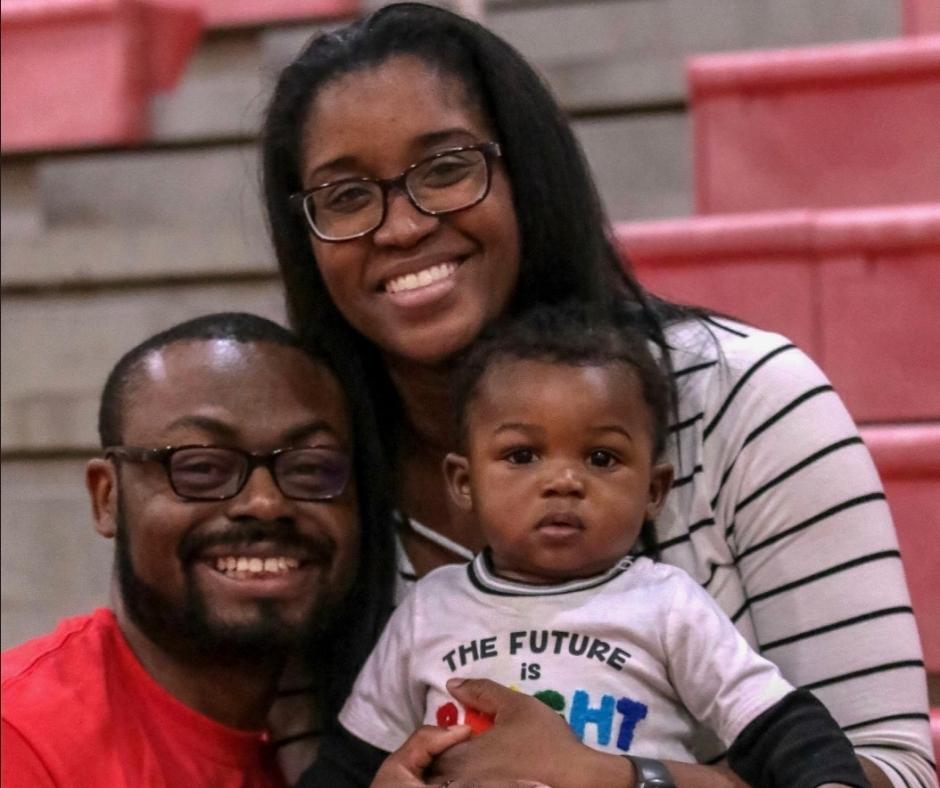 Howell evolves from an unsung player to a coach for the Warriors.

You might need a magnifying glass if you are looking for the name of Terron Howell (WC ’06) in the Worthington Christian School boys basketball team’s record books.

But Howell’s hustle definitely made an impression on coach Kevin Weakley, if not on the hardwood floor of The Hogue Center.

“I was 5-foot-7 on a good day, so height was something that was never in my favor,” said Howell, who serves as the Warriors’ junior varsity boys basketball coach and an assistant varsity coach for Weakley. “I was on a team with eight or nine seniors. I was the low guy on the totem pole, maybe the team’s tenth or eleventh.

“But one of the things I was known for was being a hustler. In one of the practices we had, I chipped a tooth while diving for a loose ball on the gym floor. From that point forward, coach Weakley would jokingly refer to me as ‘Chip.’ We still joke about it.”

Howell, who is married to his wife, Keisha, and lives with their son, Garrison, said his journey to coaching began when he was still in high school serving as a coach for the Warrior League youth teams. He then coached recreational league basketball in Westerville.

Before long, Weakley began to recruit Howell to coach at his alma mater. Howell took over as the coach for the middle school’s B team, a conglomeration of seventh and eighth-graders. Eventually, he worked his way up to the junior varsity coach and varsity assistant coach.

“I have always loved being in sports,” Howell said. “Honestly, the things you learn in sports are irreplaceable. You learn about teamwork and how to be a part of a program, even if it’s individual sports. You learn the power of working hard, and you begin to see the results when you put in the work. I’ve always been a strong proponent of what sports can do for young people. That’s one of the reasons I really love what I do.”

Coaching is a constant staple in the Howell household. In addition to his basketball duties, he also coaches boys soccer at the middle school. His wife Keisha was recently hired as the head cheerleading coach at her alma mater Westerville Central. Often the Howells bring Garrison along to their practices.

“We’ve both always been very busy and involved in the coaching world,” Howell said. “My son’s arrival made coaching more of a balancing act. We want to be present as parents and make sure we are involved in his life. We want to make sure his life doesn’t become secondary to our coaching.

“It is amazing having another coach in the family. My wife and I bounce ideas off one another. We understand the world each of us is going through because we’re going through the same thing.”