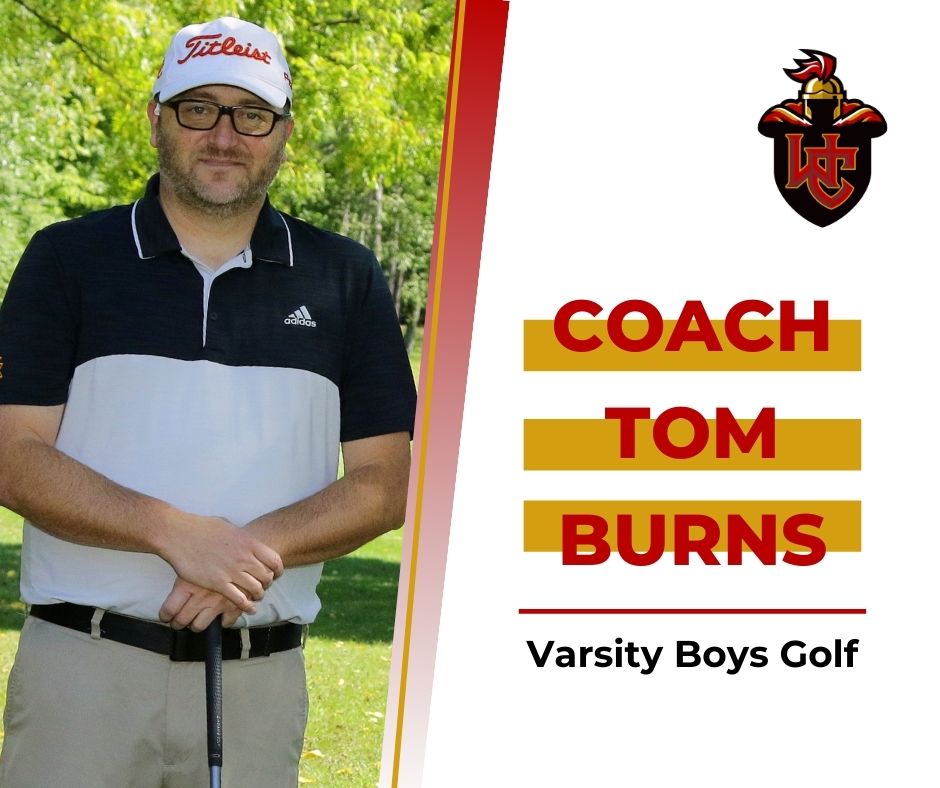 Tom Burns joined WC in 1999 as an Upper School Bible teacher. He also coordinated the Upper School chapels, mission trips, and was a baseball coach for several years. He currently is the Director of Teaching and Learning for WC and the Boys Varsity Golf Coach. Tom encourages his players to put in the investment; walk the long, hard path, and put in the work to be their best.

How did you get into coaching?
“I grew up an athlete, mostly playing baseball, and I coached baseball at WC for several years when I was younger. I started coaching golf because there was a need, and I had a desire to work with young men in a much more one-on-one setting which golf provides.”

What is the most rewarding thing for you about coaching?
“So much! Golf is so mental, and when young people start to translate what they’ve learned into actual strategy and gameplay on the course, it’s awesome to see. Golf is also a game of so much failure, so you get these amazing moments to walk alongside a young person as they’re making multiple attempts to get something right. They have to try it again and again, persevering until they are successful. And when they do, it’s fantastic. No other sport allows you to literally walk alongside an athlete as they compete.”

How do you incorporate faith into your coaching?
“As a follower of Christ, He is in everything I do. I honestly don’t think too much about incorporating faith as I do about living (speaking and acting) as one who really believes that Jesus is the answer in all moments of my life. I believe that If I live by faith, then Christ is evident in my coaching.”