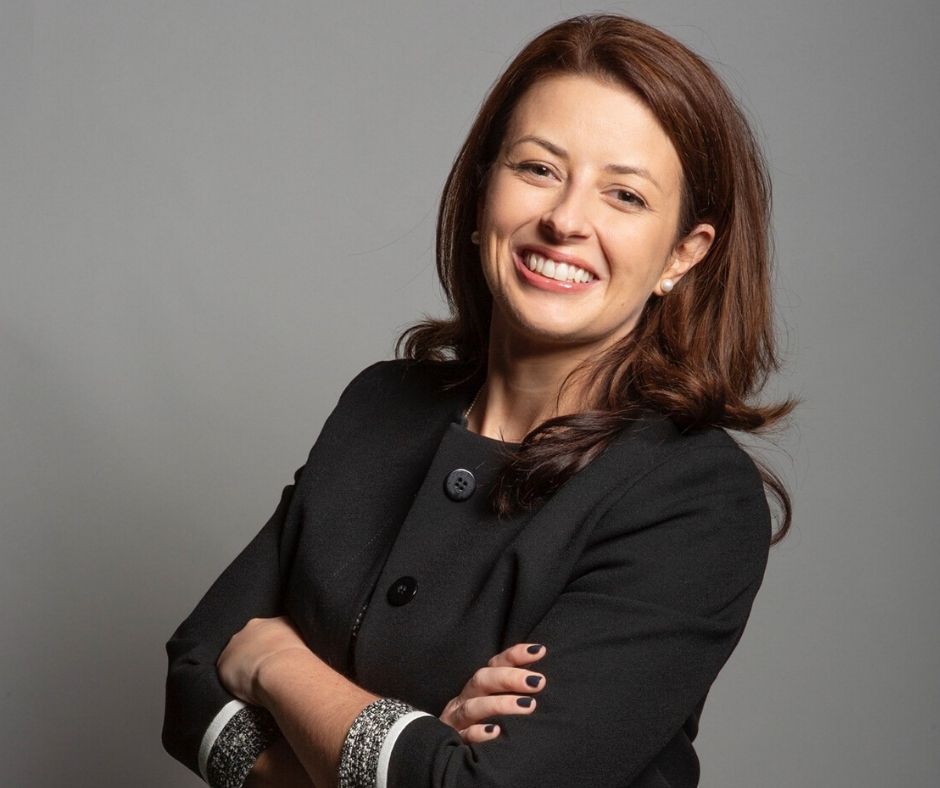 “So I’m not the first American born female MP (Member of Parliament),” Morrissey said. “It’s just been 100 years since one was elected to the House of Commons.”

Morrissey’s first decision turned out to be one of the most significant votes in the recent history of the United Kingdom. She cast a vote for Brexit, Great Britain’s exit from the 27-country European Union. She cited “the democratic deficit in the EU” as the reasoning for her vote.

“It was incredible to be part of the historic Brexit vote,” she said. “I voted to leave and campaigned on a commitment to honor the democratic result of the 2016 Referendum. In the end, the people of Great Britain voted to uphold democracy and voted for a majority Conservative government that could deliver Brexit.”

Morrissey was part of a Conservative wave to wash over the House of Commons. Conservatives captured 365 seats to hold a 75-seat advantage over the Labour Party. That represents the largest size of a majority for the Conservatives since 1987.

“The scale of the national election victory was a surprise,” she said. “No one thought we would secure the largest Conservative majority since Margaret Thatcher was the prime minister. It is truly the best time in 30 years to be a Conservative Member of Parliament.”

The victory for Morrissey, the daughter of Worthington Christian principal Scott “Buzz” and Deborah Inboden, occurred when the relationship between the United Kingdom and the United States could be described as frosty. The 2017 Pew Global Attitudes survey stated that Brits’ confidence levels dropped from 79 percent to 22 after President Donald Trump’s election. It did climb six percentage points in 2018.

Morrissey said her constituents in Beaconsfield, however, have always had a strong relationship with the United States.

“Sure, there is a lot of anti-American feeling in certain parts of the UK. Beaconsfield, my constituency, is a very open and tolerant place with a long history with trade and ties to the US,” she said. “The founder of Pennsylvania, William Penn, was from my constituency and many of the names used in New England towns and Philadelphia are from my constituency.”

Morrissey, who is married to film producer William Morrissey, acted with Marisa Tomei in the TV film The Rich Inner Life of Penelope Cloud, and has a producing credit for the 2011 film The Entitled, which starred Ray Liotta. She moved from the United States to England in 2008 to pursue a master’s degree in European Social Policy at the London School of Economics.

“I was working in film production at the time but wanted to go back to school and look at working in public or social policy,” she said. “My acting background hasn’t helped much other than my ability to speak and communicate with people.”

The oldest of the five Inboden children said she received the ability to empathize and communicate with people she attributes to her father and at the same time, she inherited her mother’s grit and fortitude.

“I am a lot like my dad in personality, communication style and my general approach to people, but I have my mom’s determination and ability to take on tough issues and not back down,” Morrissey said. “I don’t really care that much what people think, particularly if I think I’m right. That’s a trait I got from my mom but my general people skills and compassion I got from my dad.”

Morrissey was no stranger to politics when she was growing up. She participated in Buckeye Girls State and Model UN, and as a teenager ran for student council and won awards in school for Government and Economics and history.

“But I never thought I’d run for office,” she said. “Worthington Christian gave me excellent tools for a future in public life.”

She credits teachers Al Iten and Peggie Bell for developing a sense of social responsibility. Because of an enrichment class she took, she would visit nursing homes and volunteered at Urban Concern, working with disadvantaged first graders.

“We were taught to show Christ’s love not by words, but by actions,” Morrissey said. “Learning to have respect for everyone and serve rather than be served were extremely important lessons I learned from my time at Worthington Christian.

“Working with the homeless and disadvantaged in urban areas came from the worldview I gained at Worthington Christian. Believing that all people are equal taught me to treat every human being with respect and decency.”

Enjoy this video of Morrissey’s maiden speech in Parliament, a tradition for first-year Parliament members. It was delivered on the 100th anniversary of the maiden speech of American-born Lady Astor, the first female to sit as MP in the House of Commons: