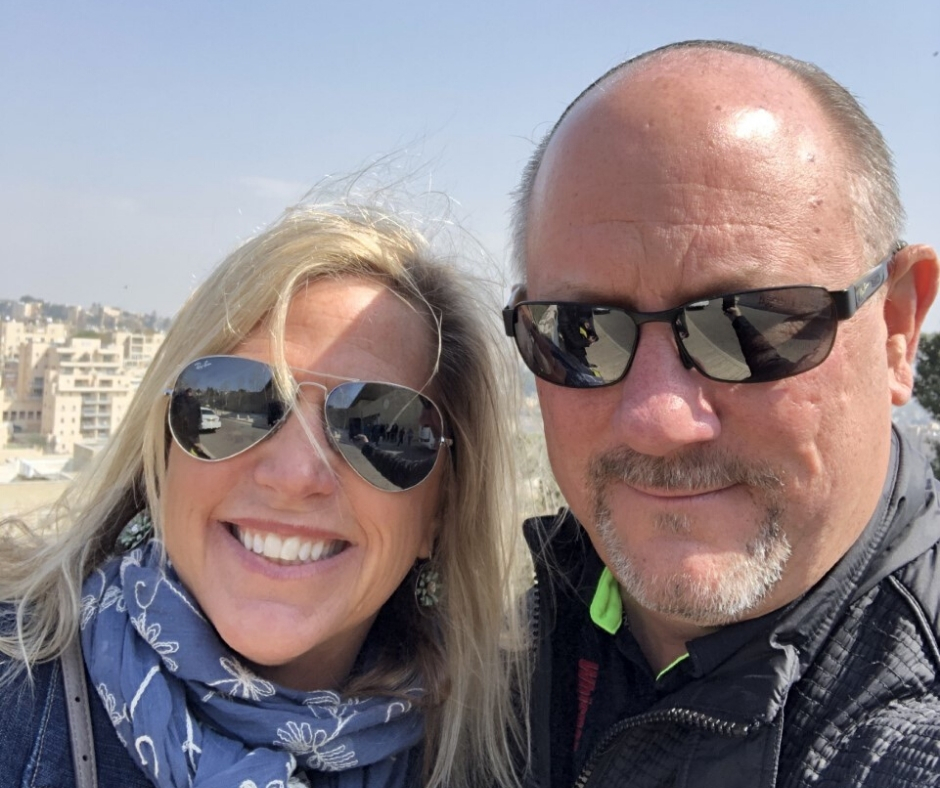 Love is an action word for the Gregorys, who met in a Worthington Christian Spanish class

Perhaps the Spanish had it right all along. Americans have just one word for “love;” it can be an adjective, a noun, or a verb. The same word can be used to describe one’s relationship with their soul mate, a favorite flavor of ice cream or a passion for their favorite sports team.

Spanish-speakers have a lot more variety to describe exactly how they are feeling, with over 10 different nouns and four verbs to say “love.”

Chris (WC ’81) and Beth (Kendrick) Gregory (WC ’82) met in a Worthington Christian High School Spanish class but it took over seven years for them to conjugate “love” into the “I do” form.

“Love is actually an action word,” said Beth who is an information technician for a health care firm in Columbus. “We dated for seven years before getting married so Chris says there must be something there.”

Chris is hesitant to say it was love at first sight, but it was pretty close.

“There was definite interest at first sight,” said Chris, a realtor. “I thought Beth was the smartest non-Spanish speaking person in the class. She thought I was funny but a little obnoxious. I knew way back in Spanish class that I wanted to marry her. Beth took a little longer.”

The couple celebrated 34 years of marriage this year. Beth and Chris raised three daughters, Lauren (31), Paige (28), and Megan (22), and reside in Dublin. The Gregorys credit Worthington Christian for helping them find their way as a couple.

“We made many life-long friends at Worthington Christian and the school provided us with the Biblical teaching that has been a foundation for life,” said Beth, who became a Christian while she was attending the school.

One of the verses that stuck with the two was Philippians 4:6-7: “Do not be anxious about anything, but in every situation, by prayer and petition, with thanksgiving, present your requests to God. And the peace of God, which transcends all understanding, will guard your hearts and your minds in Christ Jesus.”

One can tell how long someone has lived in Columbus when they list their favorite restaurants here. When the two were dating in high school, Chris took his girlfriend to some of the nicer restaurants in Columbus that now reside in the “where are they now” file: the Red Bull Inn, Victoria Station and the Whaling Station.

They both stayed close to Columbus after graduating from high school. Chris studied mechanical engineering and business at the Ohio State University while Beth graduated from Denison with a bachelor’s in computer science and mathematics in 1986.

“We never officially broke up but had a winding road of a relationship,” Chris said. “God is definitely the reason we are still together today.”

“If I could give a word of advice to Worthington Christian couples who are dating now, it would be ‘have fun together,’” Beth added. “Enjoy every day that God gives you and do not wait for ‘IT’ to happen, whatever IT is to you.”