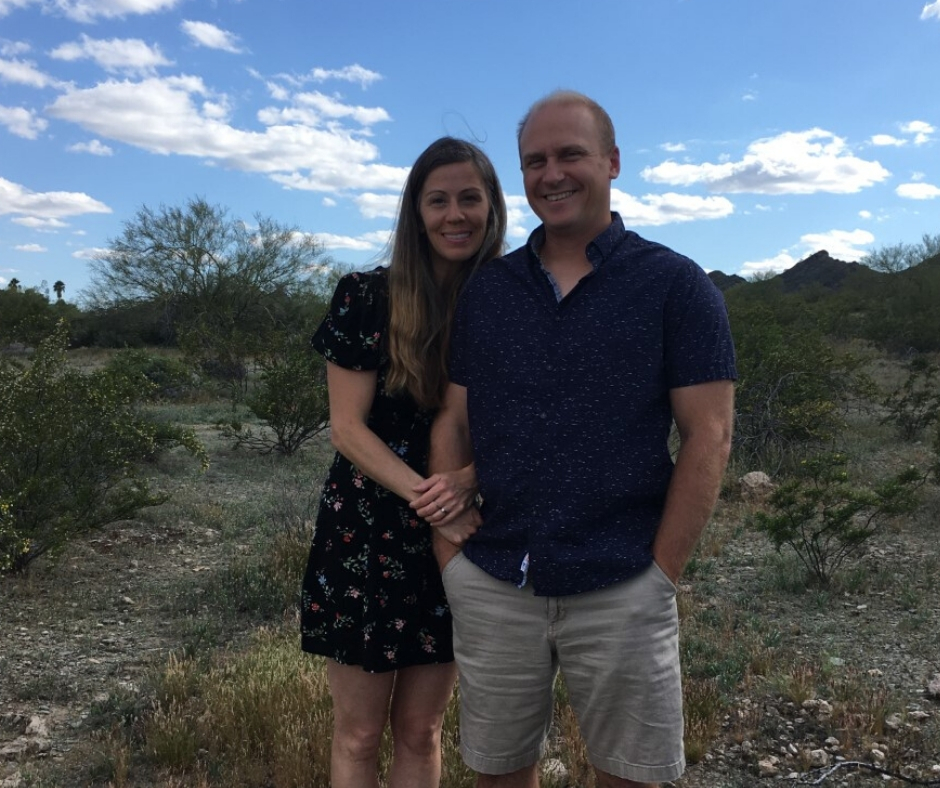 From the first date, the Stanleys knew they had a perfect match

On one of his first days at Worthington Christian High School, Steve Stanley (WC ’98) rearranged algebra teacher Kary Burby’s seating chart and ultimately changed his future. Stanley, who transferred from Upper Arlington to Worthington Christian, spied Brooke May (WC ’97) across the room and asked classmate Stacey Pfahler (WC ‘97) to switch places with him so he could sit right beside her.

“To be honest, I didn’t think too much of it at the time,” said Brooke, who married Stanley in 2002. “I thought, ‘Oh he is friendly and funny.’ But I didn’t think much about it until a month or two later and then suddenly, I realized there might be a little more going on with it than I thought.”

“She was sitting across the room and I really wanted to sit next to her,” Steve said. “She was not aware of what was going on at first. Once I began trying to talk with her, she became aware of what was happening. It just worked out that way and I’m pretty thankful that it did.”

The Stanleys, who live in Phoenix with their children Alicia, 16, Lily 12, and Mia, 9, are not the only ones from their families who have found their partner for life at Worthington Christian. Pfahler, the person who Steve switched seats with, is now Steve and Brooke’s sister-in-law after she married Steve’s brother, Beau. Brooke’s sister Alicia (WC ‘94) married classmate Tim Kraynak (WC ’94), the school’s vice principal.

Brooke can list many Worthington Christian alumni who have married a classmate, making the school a statistical anomaly. A study by the Brandon Gaille Marketing Firm showed only two percent of today’s marriages started from a high school relationship.

“I’ve thought about that a lot over the years,” Brooke said. “Maybe it has something to do with the closeness of the community. Everyone feels so tight and they want to be a part of that community forever. The way we were taught and guided through the school about relationships is to make your relationships pleasing to God and that’s reflected in the way we treat each other.”

Almost from their first date, Steve and Brooke felt they were going to be in that two percent. Steve said that first date almost didn’t happen. He had planned to go on a double date with Brooke and classmate and basketball teammate Clay Smith, who was supposed to ask someone else.

“I asked Clay after the JV game, ‘What happened? Did you ask her out?’ Clay said, ‘I forgot,’ and I was like ‘What? How could you forget? This is so important to me,’” Steve said with a chuckle. “During the varsity game, I finally worked up the nerve and literally hopped over two rows just to sit by her. I probably startled her. So I asked, ‘So are we going out after the game or what?’”

“Neither one of us could talk very much that first date because we were so excited, but I think we knew there was something special there,” Brooke said. “I know it seems crazy because I hadn’t really dated anyone before that, but after that first week of dating each other, I knew we might get married.”

After that first date, the two were inseparable. However, upon graduation, Brooke left for Taylor University in Upland, Ind. A year later, Steve enrolled at the University of Notre Dame in South Bend. After making a three-hour drive to South Bend every other weekend her sophomore year, Brooke transferred to Saint Mary’s College, an all-women’s college located next to Notre Dame.

The summer before his senior year at Notre Dame, Steve proposed to Brooke at the Red, White and Boom fireworks display in downtown Columbus. He took advantage of his faulty astronomy to pop the question.

“I remember pointing to a bright light in the sky and saying isn’t that a star?” Steve said. “When she looked away, I flipped over my hand to show her the ring box.”

“I said, ‘No. I think that’s a plane,’” Brooke said with a laugh. “It didn’t matter. It was glowing whatever it was.”

The two married on Jan. 3, 2002, and less than five months later, Steve Stanley helped lead the Fighting Irish to a fifth-place finish in the NCAA Division I College World Series. Stanley was then drafted by the Oakland A’s.

While their story may seem like something from a Hallmark movie, the Stanleys said the new beginning was anything but a smooth ride. Brooke estimated they moved over 20 times in their first four years of marriage.

“Most of our stuff was just put in storage,” she said. “Whenever we moved, we didn’t take a lot, just an air mattress for our bed and some food. That was just the way people did it.

“God has been with us, but we’ve had some real ups and downs. We made so many mistakes, but God’s grace is always there. Sometimes you can feel very insecure when you go outside that community you grew up in because you are so used to it. There’s a whole big world out there. You can be in that world but not of it.”