FINDING HIS DRIVE THROUGH MELEE 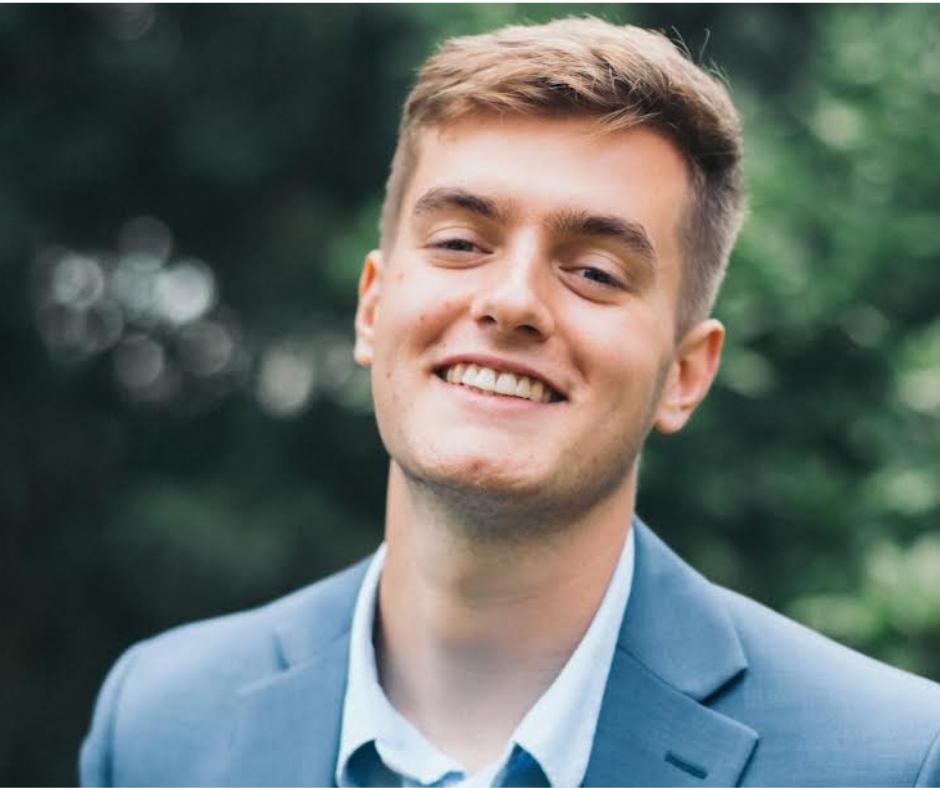 The next time you hear someone complain about kids wasting their time on video games, have the complainer talk with Chris Matis (WC’ 16).

“I never really loved organized school sports because the games themselves weren’t that interesting, and I wasn’t that great at them,” said Matis, who lives in Westerville with his wife Kristen (Busby WC ’17), and their golden retriever Zuko. “Therefore, I wasn’t very competitively-minded at the time. This un-competitive spirit was also propped up by my disconnection between effort and reward back in high school.

“This all changed with Melee. I started to practice and became good at the game. I began to learn that I am super competitive. Now, it’s hard not to get me worked up on the result of something due to my competitive nature.”

Released in 2001, Melee takes characters and environments from Nintendo franchises Mario, Pokemon, Star Fox, and The Legend of Zelda, as well as Fire Emblem, a game that was only released in Japan, and pits them against each other.

Matis, who usually uses the Fox as his avatar, said one of the things that makes the game unique is “an incredibly harsh learning curve.”

“Most video games take probably two to three years of playing to become competent in a competitive setting,” said Matis, a member of the Omni-Channel Customer Marketing Team at Abercrombie & Fitch. “With Melee, it takes years.

“It’s like the game of golf. You need to buy clubs, pay for lessons, and play for a few years before you can even keep up with good golfers.

However, once you’re in that circle, it’s (a bond) you always share with other golfers. I am probably closer to the people I played Melee than I am with any of my other friends. We always had this thing to bond over.”

Matis connected with Jay Joseph (WC ’17) over the game. Joseph, who transferred to Worthington Christian his freshman year, approached Matis in a study hall.

“On his first or second day at the school, Jay slammed his book bag down on my table and said, ‘Let’s talk Super Smash Brothers,'” Matis said. “At that moment, I knew we would be best friends.”

Matis and Joseph began hosting monthly Melee tournaments at his parents’ house in Westerville, inviting in seven or eight serious players from Worthington Christian. That social circle slowly began to increase as the two found out about groups of Melee players at Westerville South and Westerville Central.

The tournaments then expanded to 10 to 25 players. Soon the competitions grew too big for his house, so Matis asked Worthington Christian officials to host tournaments at the school.

“It was a fun part of my high school experience,” Matis said. “My parents knew I loved video games and technology, so they weren’t taken back by it.

“Since the game is so old, it’s often played on old hardware, and there wasn’t the ability to play it online. You’ve got a lot of face-to-face interaction. When people spend hours playing video games, they are typically alone playing with people online. My folks were happy (I built a community through this game).”

The more Matis got involved with tournaments, the harder he worked on perfecting his technique. Players often use their character to express themselves through the game. Matis said he chose Fox because he’s probably the most complex character to master. To be proficient at using Fox often requires a player to make between 400-700 moves a minute.

“It’s akin to basketball or soccer,” he said. “It takes a lot of fine motor skills and practicing before becoming good enough to express yourself.”

National tournaments are held in city convention centers and attract 2,000 to 4,000 players. After the pool competition, the tournament is whittled down to a 64-player bracket.

“Anyone can enter tournaments, but it’s going to be your more seasoned players that make it to the top 16 or eight of the bracket,” Matis said. “Even when the tournament winds down to your top 64, you’ll see the names you recognize because you have been watching their matches on YouTube.”

Matis’ dedication to the game carried over to other facets of his life. While in college, Matis shed over 50 pounds by maintaining a strict diet and hitting the gym six or seven times a week.

“The greatest thing I overcame was my past mentality that kept me stagnate. Nothing will happen until you envision an end goal, and then work towards making it a reality,” he said. “Previously, I just accepted ‘what is’ for far too long, and it wasn’t until college that I saw ‘what could be’ with hard work and discipline.