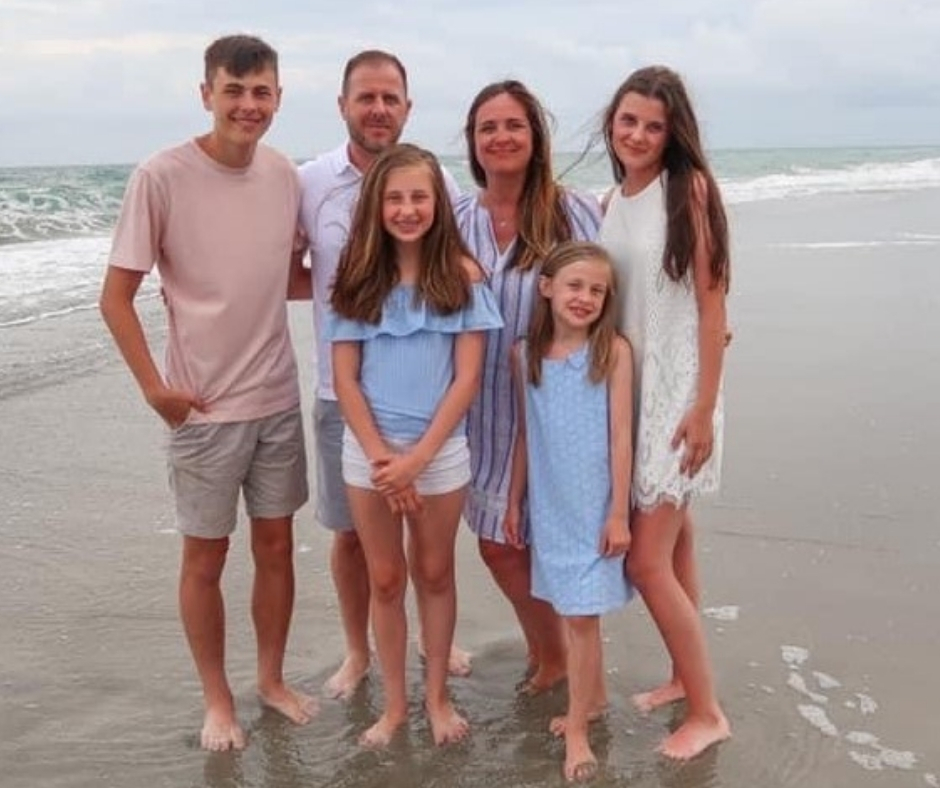 Kyle McCoy (WC ’01) says you might not be familiar with his Pickups Plus Cars Accessory Store, but chances are you pass one of their clients every day. His company accessorizes fire trucks, police cars, SWAT vans, and Homeland Security vehicles as well as private cars and trucks.

“People may not know our products, but they are out there,” said McCoy, who lives in Delaware with his wife Amy and their four children, Ryder (17), Ella (15), Ashlyn (13), and Sadie (8). “If it’s a firetruck with special sirens and strobes or a vehicle with special lighting, chances are good that it is one of ours. Those are the kind of things we do.”

McCoy, his father Larry, and his brother Brady (WC ’96) launched a family auto aftermarket customization business in 1999 while Kyle, the youngest of the partners, was still attending Worthington Christian. His mother, Sandy, also became a crucial cog in the business, serving as the businesses’ bookkeeper.

Inheriting a love of cars, motorcycles, and motorsports from Larry, the McCoy brothers and their father frequently joked about starting their own car-related company.

In 1999, Larry learned the company he worked for was undergoing some personnel changes and he might be transferred to Chicago. He told his sons they should seriously consider starting a family business.

“We kind of played around with this idea that we would do something with cars or be involved in that world, but it was just a joke at first,” McCoy said. “When he learned he might be transferred, my dad came to my brother and me and said, ‘If we’re going to do this, now is the time to do it. If not, then you know we’re going to probably have to make some serious changes.’”

Pickups Plus Autos Accessory Store recently expanded to two stores with one at 4537 Cemetery Road in Hilliard and another located at 7950 Columbus Pike in Lewis Center. The business has 25 employees who handle everything from repairing cars to installing train horns on semi trucks.

People who knew McCoy in high school are probably not surprised by his vocational choice.

Although he was a basketball player and was a member of the team during their 1999-2000 state championship run, McCoy said his true passion was “tooling around with cars.”

McCoy said most of the company’s business isn’t just about customizing vehicles, but “it’s about finding solutions.” For example, a business owner approached the McCoys with an unusual problem. He wanted to have a car in the middle of his firm’s office on the top floor of its building.

After locating the vehicle that matched the customer’s specifications, the employees had to totally disassemble the car and break it into pieces that would fit into the company’s elevator. Once they got the pieces on to the top floor, they reassembled the car and put on the finishing touches to make the car appear like it was a state-of-the-art vehicle.

Another unusual job was for a limousine company, which wanted to have the headliner of its car appear to be a starlit night sky.

“We got to use some fiber optics and stuff,” he said. “It looked pretty cool when we were done. We get to do some off-the-wall jobs like that. It’s not all brake jobs and putting on new tires.”

McCoy said Worthington Christian prepared him for the world of work, not only academically, but socially as well.

“They hold you accountable for getting work done. That has obviously helped me in this business,” McCoy said. “At other schools, you can feel left out. At Worthington Christian, they have people there who care about you. They make sure you are getting what you need.”