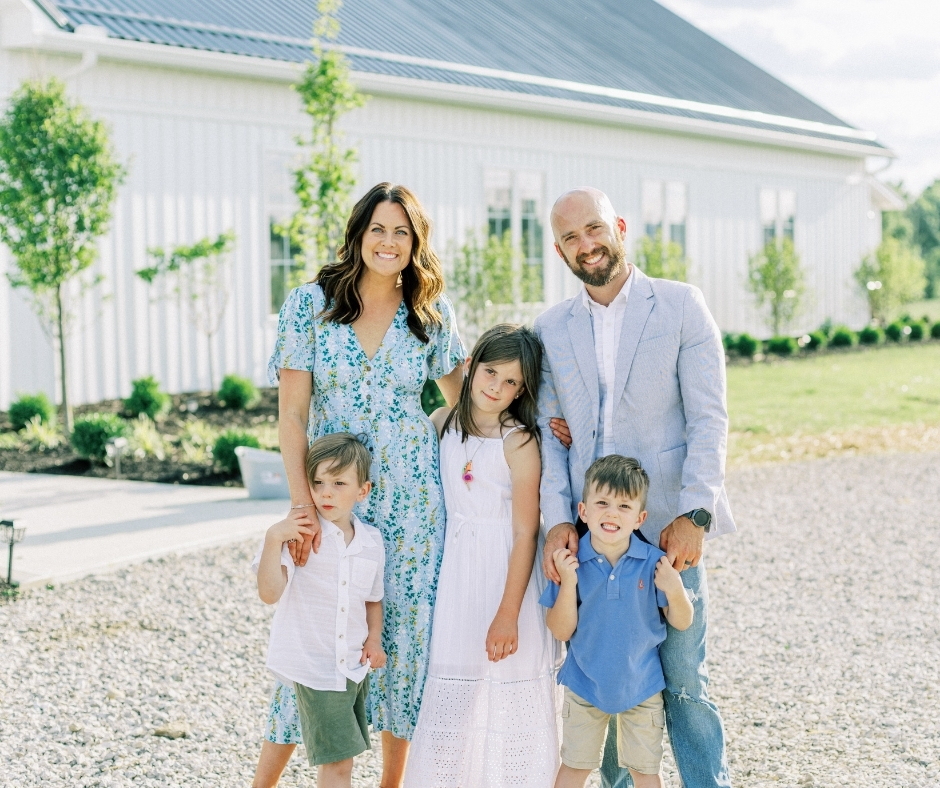 Worthington Christian graduate’s passion for weddings leads to a photography career and owning a wedding facility.

Throughout her early days at Grace College, Ashley (Anderson) Henry didn’t know what she wanted to do for a career. It turns out the answer was right in her hands the whole time. Henry (WC ’02), discovered her love for photography and her passion for weddings were the ideal components for a career as a wedding photographer.

“I changed my major a couple of times at Grace because I didn’t know what I wanted to do,” said Henry, who recently opened up a destination wedding facility in Centerburg, Ohio. “I majored in child psychology and then changed to communications. It wasn’t until I got engaged and came home from college, that I discovered what I wanted to do.”

Henry worked in a portrait studio when one of her friends said, “You love to take pictures and you’re getting married. You should come with me to shoot a wedding.”

“It was kismet. It had everything I wanted all rolled up into one.”

In high school, photography wasn’t a hobby for Henry; it was literally an escape. After thumbing through the courses Worthington Christian offered, she stumbled on to a photography class. Immediately, she was hooked.

“I think I took every art class that was offered at Worthington Christian,” said Henry, who worked on the school’s yearbook. “I wasn’t much good at mathematics or things like that, but I was really good at art.”

At Grace, Henry became the unofficial paparazzi in her circle of friends.

“I was always the one with a camera,” she said. “None of my friends ever needed to bring a camera with them because I always had one in hand.

“When I’m shooting, I feel like I am freezing a moment in time… if that makes any sense.”

Her job has taken her to some dream photographic places, such as North Carolina, California, and Mexico. Asked what was her favorite assignment, she joked her husband, Coty. For Coty, the career highlight was shooting the Hall of Fame induction ceremony for former St. Louis Rams and Arizona Cardinals quarterback Kurt Warner in Canton in 2017.

“He got to meet (former Cowboys running back) Emmitt Smith,” she said. “My husband is such a huge fan of his that we named our dog Emmitt after Smith.”

For Henry, it was a photo shoot at the Biltmore Hotel in Asheville, N.C. for Southern Wedding magazine. The tourist destination opened its doors early so she could shoot a couple of pre-dawn pictures and allowed her to shoot at the end of the day after the guests completed their tours.

“We only had an hour to shoot in each session,” she said. “We had to be fast paced and intentional. With weddings, you have to work with a timeline. You have to chase the sun and go quickly.”

While the Henry’s Magnolia Farms wedding reception destination is dwarfed by the Biltmore, it has its own unique look and feel. The Henrys broke ground on the area in 2018 and opened it to the public in 2019. The L-shaped, white farmhouse features an outdoor veranda as well as an indoor reception space. The all-white walls and exposed beams give the place “sort of an industrial feel,” according to Henry.

“After shooting all these destination weddings, we saw a need in central Ohio for what we built,” added Henry, who has a daughter Molly as well as twin boys Cohen and Colson and a fourth child due in October/November. “(Building Magnolia) is like having another child. It took a long time and lots of research.”

Magnolia Farm received a rocky start to 2020. Because of the pandemic, the facility wasn’t allowed to host any events until the end of June. One of the events that was cancelled, ironically, was the Worthington Christian Gala.

“The big thing that has changed is how we do our business now,” she said. “It definitely opened our eyes to some things we needed to change in our contracts and how we prepare for things like this. We have to have everything covered in the fine print because there really isn’t any room for error.”