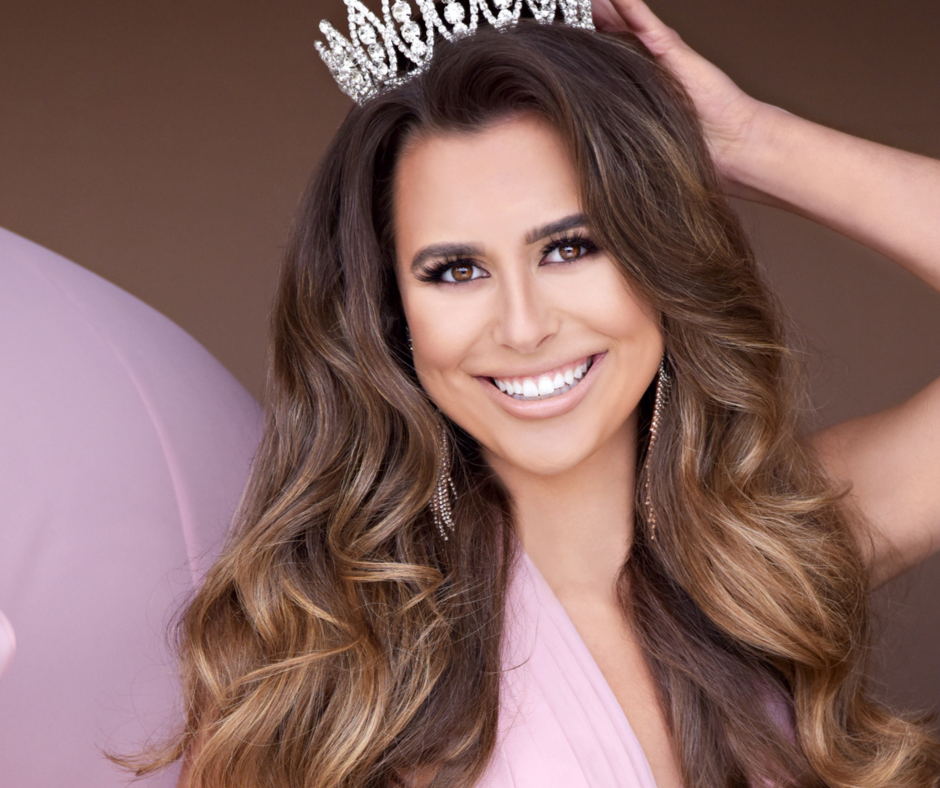 When she was young, Claire Todd (WC ’17) remembers watching beauty pageants with her mother Catherine and envying the winsome smiles of all the contestants.

When she looked at her own smile in the mirror, she saw something that frightened her.

“When I was really young, I had horrible buck teeth and an overbite that looked like something from a horror movie,” said Todd, who captured the Miss Ohio International crown in August 2018, and placed in the top 10 of the Miss International competition last July. “I remember other kids laughing and making fun of my teeth and it transformed me into a closed-off and insecure person.”

Spending eight years going to an orthodontist and going through two phases of braces not only changed Todd’s smile, but it also changed her life.

The Otterbein University junior is studying dentistry and since her freshman year, has worked as a volunteer with KidSMILES, a nonprofit pediatric dental clinic.

“I came out a completely different person. I believe that with a smile you are confident in, you are able to step into your true identity and be exactly who God created you to be,” Todd said. “(Working with KidSMILES) opened my eyes to the disparities of dental care and the desperate need for children to be educated about oral health and have access to treatment. I believe access to dental care is a right, not a privilege.

“With a lot of years of schooling ahead, it is easy to slip into the monotony of every day and forget why I feel called to this profession. I felt God tugging on my heart that I can make a difference in the field of dentistry even before I’m officially a dentist. I believe God instills dreams and talents within us and when we realize what those are, we have to go after them right away.”

Todd chose to compete in the Miss International state competition because of the pageant’s emphasis on service within a person’s community and internationally. The competition inspired her to partner with Christ Smiles Dental Mission where she was able to donate 800 toothbrushes and toothpaste supplies to children in Mexico.

Winning the Miss Ohio title and then going on to place in the top 10 of the Miss International competition, which featured nearly 40 contestants including winners from Africa, Australia, and India, was an unbelievable journey for Todd.

“When I was younger, I’d dream about growing up and becoming a confident and empowered woman with a focus on serving others,” she said, adding with a chuckle. “I was also practically born knowing how to walk in heels.

“I was so excited and shocked when they called my name because I never believed … I would have done that well.”

Todd said she had a good reason not to expect too much at the competition. She had only entered one other pageant and didn’t place.

“I failed miserably! I had no idea what I was doing,” she said. “At that point in my life, I really had no idea who I was or what God was calling me to do. I never imagined I would have been able to do the things I’ve done this year.

“When you feel the nudge of God calling you to do something big and uncomfortable, and you go after it no matter what, remarkable things happen.”