HAVE TAHOE, WILL TRAVEL 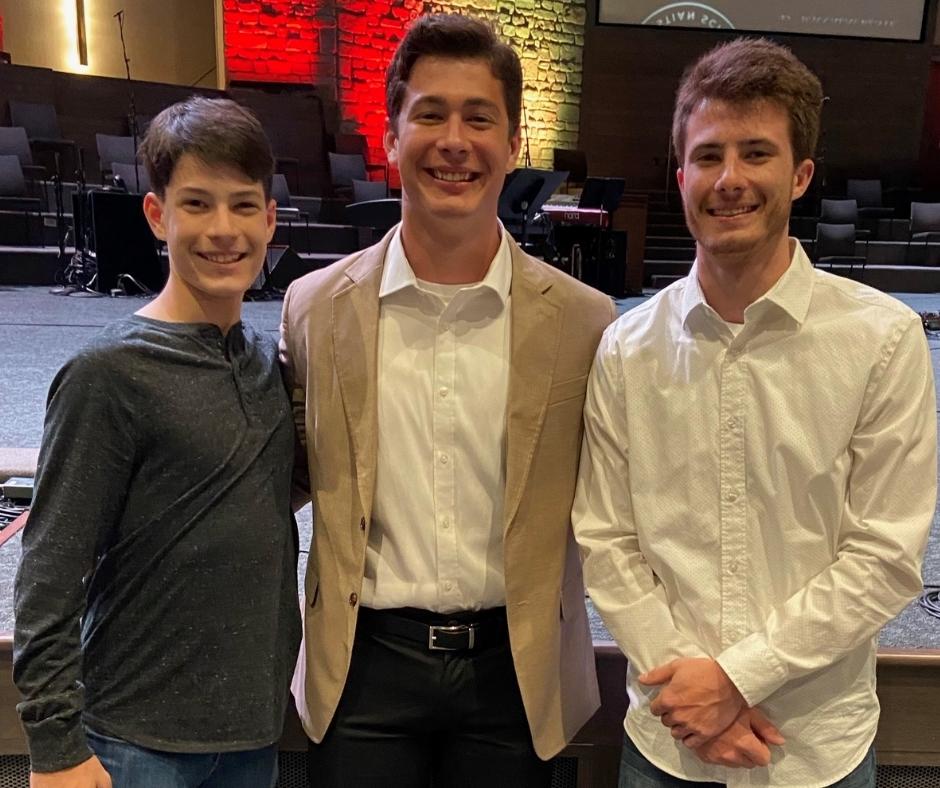 Doing a favor for his mother, Sara, turned into a nice side job for Jonah Anderson (WC ’19). After buying some furniture on the Next Door app, his mother asked Jonah and his brother Brayden to pick up her purchase and bring it back to their house.

“As we were moving this stuff, I had a lightbulb go off in my head,” Anderson said with a laugh. “I was like, ‘I could make money doing this.’”

Before he graduated from Worthington Christian, Anderson started his own business, Two Bros in a Tahoe, which helps safely transport customers’ belongings from one location to another, with his brothers Braden (WC ‘21) and Hunter (WC ‘24) and a group of friends.

Anderson credited Worthington Christian with giving him the wherewithal to start a business.

“The school pushed me to think about how I should run a business,” he said.

Anderson credits his parents, Eric and Sara, for providing him with the advice and support he needed to get his company off the ground. The first axiom of business, according to Anderson, is “You need to spend money to make money.” Every time he took a step to establish his business, he heard a little cash register chiming in his head.

Even naming a company costs money. When he was in the beginning stages of his company, Anderson wanted to find a name that was clever enough to draw in customers. After settling on the moniker, Two Bros. in a Tahoe, he filed for an LLC (Limited Liability Company, bought the naming rights, and built a website.

“You can’t start a business with a name that’s already used, like Two Men and a Truck,” Anderson said. “Every name I thought of was already owned or whatnot. Calling ourselves Two Bros turned out to be different enough.

“Whether you are selling clothing or cutting grass, you have to spend money to make money. We had to buy blankets, dollies, and tools to move stuff. When you’re a senior in high school, spending $200 here or $300 there seems like a lot of money. I guess it was a little risky but those tools we bought paid for themselves in no time.”

Anderson’s venture quickly grew from moving furniture to house and business relocations. It’s not surprising to have Two Bros. in a Tahoe employees pull 16-hour shifts to complete a move. Anderson handles about three or four moves a week with 12 being the busiest week.

Most of Anderson’s customers found out about Two Bros. in a Tahoe by word of mouth. He admits at first it was difficult to get customers to trust them because of their age.

“When people first met us, they were like, ‘Oh, you’re still in high school,’” Anderson said. “People normally think high school students are up to no good and they’re not going to do (a good job). I explained to them that they can watch us the entire time if they want to.

“I was taken advantage of many times when we were first learning how to do this. I quickly learned to understand others better and to stand up for myself in those situations. The more comfortable I got, along with our value and expertise growing, the more knowledgeable and experienced I was to make sure when jobs did not go as planned, we were compensated fairly.”

The key to building that trust was developing consistency with everything from taking in requests to being punctual on moving day. Anderson carries his cell phone everywhere he goes and is constantly arranging moves.

Outside of spending money to make money and building trust with the customers, Anderson said a key element to running his business is doing research on each move before tackling it. He often visits the site, talks with the customer about what needs to be done, and surveys potential challenges to getting the job finished.

“When we get there, we have a game plan on what we need to do and then it’s just go, go, go,” Anderson said. “When we know what to do, we’re in and out pretty quickly. We didn’t start out that way, but it’s a well-oiled machine by now.”

Some moves don’t go as planned. For example, when they were relocating a business in their early days, they thought they had finished the job. Then they learned they still had to move several full filing cabinets, each weighing about 300 pounds, to another floor at the end of a 16-hour shift.

“It was a battle,” Anderson said. “We were dead tired by the end of the day. At the end of one of those16-hour jobs, you lay down and you don’t want to get up.”