HEEDING THE CALL: CATCHING UP WITH ROBBIE AND ALEXIS (VINSON) BEITMAN (WC ’13) 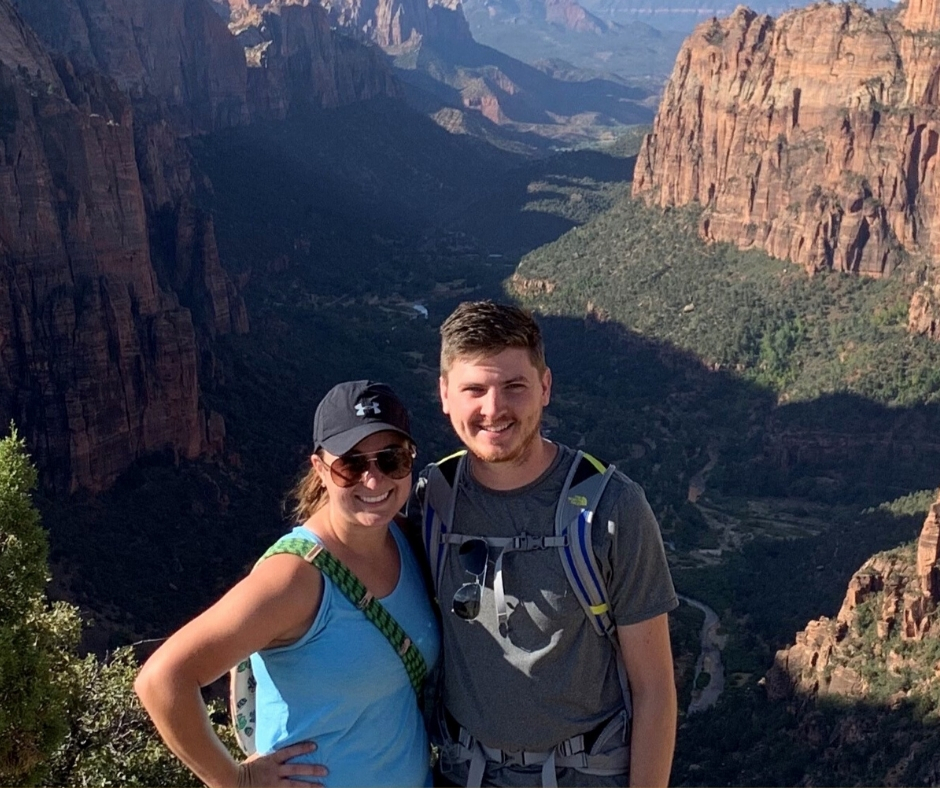 From an early age, Alexis (Vinson) Beitman knew God had called her to serve as a missionary. So, when her husband Robbie suggested they move to Mexico, she didn’t blink an eye.

Alexis and her husband Robbie Beitman, who both graduated from Worthington Christian in 2013, have spent the last three months working at the Rancho El Camino in La Paz, Mexico.

“I knew right away the Lord was doing something,” she said. “When I was in high school, I wanted to have a husband who was willing to do missionary work with me. When Robbie brought up the conversation with me, instead of me bringing it up, that was confirmation in my heart that the Lord was doing a work and we needed to take it seriously.”

The Beitmans, who started dating their senior year at Worthington Christian, have been married for three years. After tying the knot, Robbie was approached by his cousins Pete and Emily Johnson, to spend a week working on the ranch. El Camino serves as a community outreach as well as running a youth program on a full functioning ranch.

After taking part in the Worthington Christian High School’s annual trip to the Dominican Republic, Robbie and Alexis became short-term missionary veterans. Robbie had done several trips to Mexico while Alexis had been a part of trips to Morocco, Ecuador, and Honduras. However, they both felt something different when they worked at Rancho El Camino.

“Other short-term mission trips were really inspiring for us, but when we came here, we got to know the people and the community,” Alexis said. “We just fell in love with it.

“When we came back home, we knew we wanted to support it but we didn’t feel the Lord was calling us to do anything long-term there.”

After praying about what the Lord wanted to do with their marriage, Robbie felt called to return to Mexico.

“Robbie came to me one night after dinner and said, ‘Hey, what about moving to Mexico,’” Alexis said. “We said yes to the call and the Lord kept opening doors for us. As He opened doors, we kept walking through them.”

Currently, the two have been doing construction work for the camp, building a training center for the ranch. During the warmer months, the ranch conducts a lot of camps and community outreach activities.

“Our mission is kind of multi-tiered,” Robbie said. “We want to present the gospel to many different kinds of people. Despite what they face day to day, like poverty and abuse, the Christians here believe as strongly as we do. We try to come alongside the kids and their parents as well as the community and support them.

Alexis added that the ranch uses its horseback riding facilities as an incentive for students to do well in school.

“We try to get the message across to value your education,” Alexis said.

The first few weeks at the mission were an adjustment for the Beitmans. Neither Robbie nor Alexis consider themselves to be fluent in Spanish.

“When we talk with the people on the ranch or people we encounter, we’re overwhelmed by how much we don’t know,” Alexis said.

“The biggest adjustment for us is the pace of life,” Robbie added. “Mexico, in general, has a much slower pace of life. And on top of that, we live in the Baja peninsula, which has an even slower pace of life than the rest of Mexico. We can start the day with a list of 10 things we need to get done but one item can take all day.”

Yet for every barrier they have encountered, the Beitmans believe God has been faithful in helping them overcome them.

“We are pushing them and coming alongside them. Being in the community as a part of a church, and working with the locals has been transforming for us.”

For information on and links to support the Beitmans, visit their website.