HONORING OUR PAST: EARLY SCHOOL LEADERS 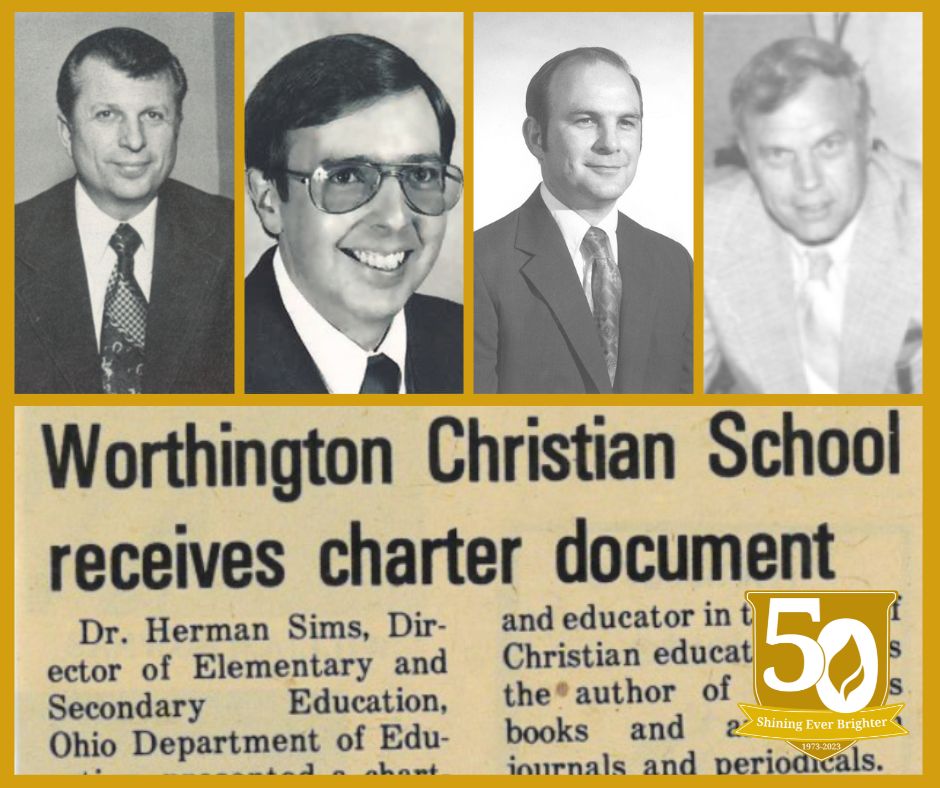 Under the leadership of these men, WC grew and expanded at a tremendous rate. Grades seven through ten were added in the school’s second year of existence (in the 1974-75 academic year), and grades 11 and 12 were added in the 1976-77 school year. As a school offering Christian education to children ages preschool through high school by 1977, enrollment jumped from 124 to 417 students. The following year, Worthington Christian was chartered by the state of Ohio.

These first principals and superintendents set the standard and paved the way for those who have led the school over the decades since the 1970s.