HONORING OUR PAST: THE FIRST HOMECOMING 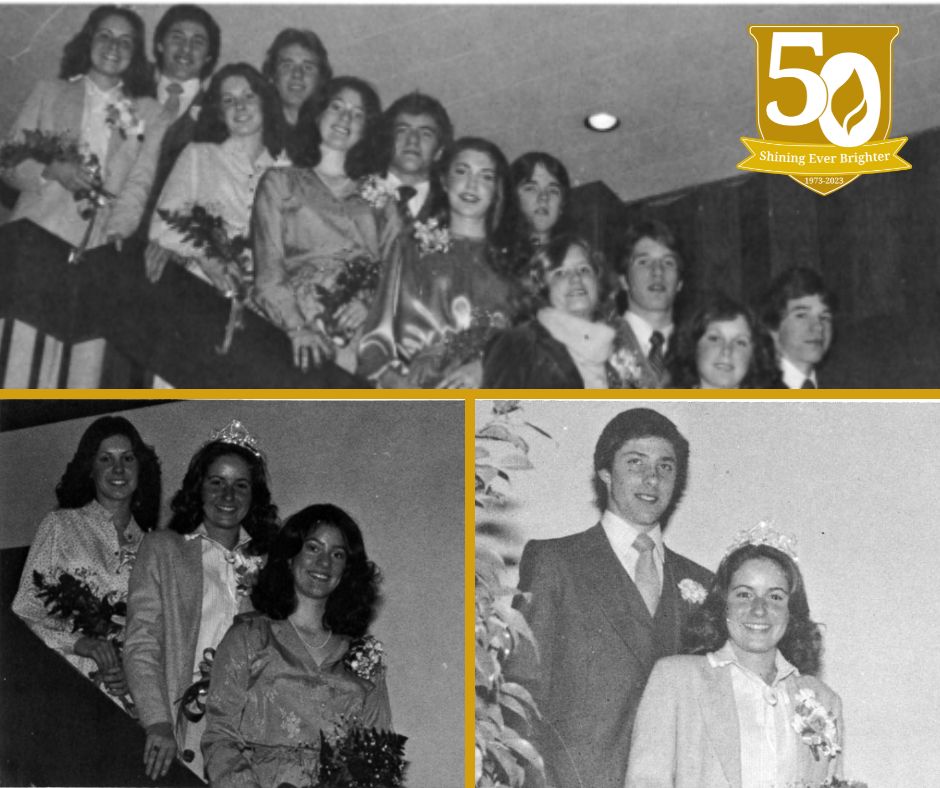 We are just days away from Worthington Christian’s 2022 Homecoming weekend, a wonderful time of gathering, reminiscing, and celebrating together as a school community. This year, Homecoming includes a variety of activities. The festivities were kicked off early in the week with the Warrior Scramble golf outing. As an homage to each decade that WC has been in existence, each day this week both the Lower School and Upper School students are taking part in “spirit days.” On Friday, October 14, WC will host a 50th Anniversary All-School Tailgate event prior to the Warrior football team taking on Bishop Rosecrans. The week’s festivities will wrap up on Saturday with Warrior Alumni class reunions and a Homecoming Carnival for current students in grades nine through 12. Though the details have changed significantly, the Warrior Homecoming tradition has deep roots dating back over 40 years.

During the basketball season of the 1979-1980 school year, WC hosted its first annual Homecoming. This first-ever event is chronicled in the school’s 1980 yearbook with the following description:

“Student Council began the events of Homecoming Monday morning with a special breakfast for the entire high school. After the breakfast, students shared chapel exercises featuring Bob Freeborn with a stroll down memory lane. Afterwards, the Homecoming Queen candidates and the attendants were announced. The candidates for Queen were Tracy Burby, Kim Morgan, and Karen Dixon. The attendants were: Jodi Miles, freshman attendant, Paula Moody, sophomore attendant, and Debbie Armstrong, junior attendant. Throughout the rest of the week were other special events building up to the pep rally on Friday. The cheerleaders decorated the halls with many signs, streamers, and balloons. They also featured a Spirit Chain and a parade including all the court and escorts. The banquet was held at Sanese Services where Randy Kettering led Under Construction for entertainment. At the end of the banquet, Tracy Burby was proclaimed Homecoming Queen. The week ended with a three-point victory over DeSales.”

The school’s first Homecoming Queen is now Mrs. Tracey (Burby) Rettstatt (WC ’80), a third-grade teacher at WC since 2004. Rettstatt recalls that first Homecoming, “Since the school was so young–we were only the 4th graduating class–we didn’t really have any school traditions yet. We, the student body, were all excited to begin a school tradition that all the other high schools in the area celebrated.” As she reflects on being a part of this week’s 50th-Anniversary Homecoming activities over 40 years later, Rettstatt shares, “WC has been a huge blessing to me as well as my family. The people of the WC community have impacted my life, my husband’s life, as well as all my children’s lives. They have modeled what living a life that glorifies Christ looks like, loved us, and helped us raise our kids with Biblical values.”

Make plans to join us this Friday for another historic homecoming experience!