IN THE NEWS: WORTHINGTON CHRISTIAN FINDS SUCCESS AMID YOUTH MOVEMENT 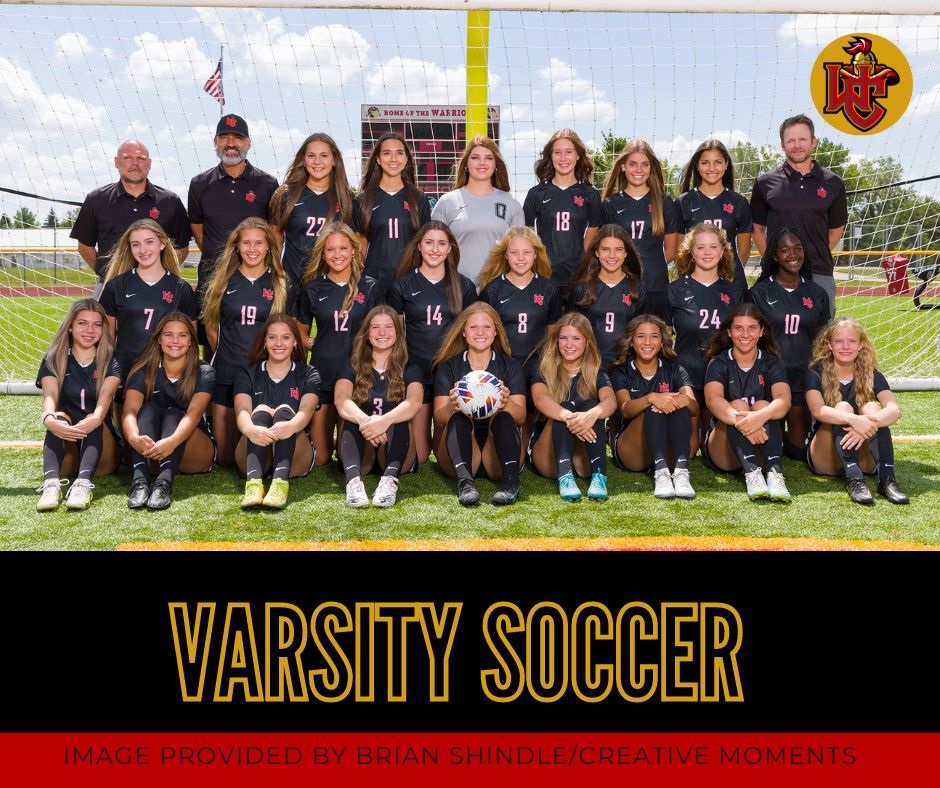 Sofia Divine has not forgotten the encouragement she received from a seven-member senior class during her freshman season on the Worthington Christian girls soccer team in 2020.

Maria Klausman, who is one of five seniors this fall for the Warriors, said she also understands the importance of lifting up the program’s younger players.

That sense of inclusion is one of the factors that both believe has helped Worthington Christian emerge as one of the area’s top teams despite its young roster.

Of the 20 varsity players, seven are freshmen and five are sophomores.

“I was the only freshman on varsity my freshman year, so I have compassion for the younger ones and understand that the way I treat them affects the way they play,” Divine said. “I had a positive impact from the seniors who treated me kindly, so I try to do that to them even as a junior.”

Freshmen Anna Meadows and Lily Thompson have been among the key players on defense alongside Klausman for the Warriors, who were 6-1-1 overall after playing Hartley to a scoreless tie Sept. 13.

The Warriors were in Division II the past two seasons and were a district runner-up last fall.

“As a really young team, we’ve come out and really started to develop,” Klausman said. “As a senior, I do feel like we have so much potential, and if we play to how we know we can play, we’ll do great things this season.

“I went from being the only junior on an all-senior line on defense and now I’m the senior captain with freshmen all around me. So my role as a leader has changed, but it’s been a good learning opportunity. We have a young back line, but they’re holding it up well.”

Worthington Christian lost 3-2 on Aug. 31 to Bexley, which was third in the Division II area poll of Sept. 12.

The Warriors were 3-1 in the MSL-Ohio Division before facing Whitehall on Sept. 21. They followed the Bexley loss with shutout wins over Licking Heights (1-0 on Sept. 3), Buckeye Valley (7-0 on Sept. 7) and Columbus Academy (2-0 on Sept. 10). Against Buckeye Valley, Divine had her first prep hat trick.

The strong start took place even though senior midfielder Kaitlyn Fields, senior goalie Amelia Wilson, sophomore forward Mclaine Oosterbaan and Thompson have all missed time because of injury or illness. Fields is the daughter of second-year coach Luke Fields.

Senior Audrey Meadows and freshman Julia Grant are among the midfielders who also have contributed.

According to Divine, the Warriors have focused on improving their “finishing” despite outscoring opponents by a combined 19-2 through their first six wins.

The district tournament drawing is Oct. 9.

“We’ve had a good start so far,” coach Fields said. “We’ve got a lot to learn and we’re a young team, but if we stay healthy and the girls stay positive and tight-knit, the girls will get better every week and it should be a lot of fun.

“I’m starting three to four freshmen most games, depending on what I need. They’re talented and they’ve been keeping their composure and learning a lot. Every team has got to work on the final touch and … being dangerous in the final third of the field, close to the box.

“Overall, we’ve played decently and we’re striving to get better over the final month of the (regular) season.”