IN THE NEWS: WORTHINGTON CHRISTIAN THINKING BIG AS POSTSEASON APPROACHES 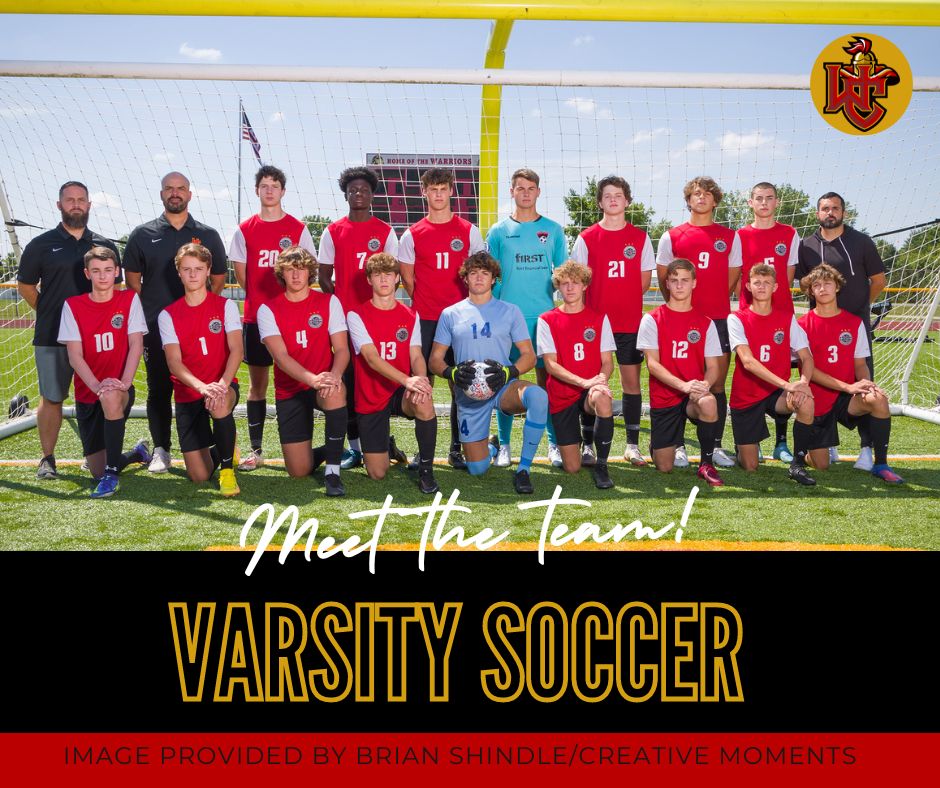 Throughout Dan Roads’ 15 seasons as coach, the Worthington Christian boys soccer team has consistently put itself in position to contend for a district championship and beyond.

The Warriors hope the second half of that equation happens again this fall, and the way they have responded to regular-season adversity is proof they could be ready for that.

The Warriors hope they’re back on track with the postseason about to begin now that Yoder is back after recovering from a fractured left foot.

The Warriors lost 3-0 to Cincinnati Madeira in a regional final last fall after they had settled for district runner-up finishes the previous three seasons.

The way his teammates responded in his absence is among the reasons Yoder has confidence the Warriors could be ready to repeat or even surpass what they accomplished last season. The postseason starts Oct. 19.

“I’m excited, just seeing the wins we had early in the season even when I wasn’t there and being able to see what the guys can do,” Yoder said.

Yoder was among last season’s standouts who have returned, a group that also includes seniors Luke Stimpson (defensive midfielder) and Jaedon Thomas (center back) and junior Sammy Owusu-Sarfo (forward).

Senior midfielder Connor Wood is a newcomer who has stepped up, while junior forward Ben Jende and senior goalie Will Garinger also have been key players, according to Roads.

Also on the Warriors’ schedule this fall were games against Division I programs Central Crossing, Westerville North and Olentangy.

Roads picked up his 200th victory leading the program when Worthington Christian beat Lynchburg-Clay 1-0 on Aug. 20.

“It’s a phase of growing for us, as we’re feeling the need to improve. We play a super-tough schedule and sometimes that really refines you in really good ways. Sometimes when you lose, it’s helpful. It’s why you have leaders. It gives those guys a chance to step up and lead in those spaces.”

Yoder was cleared for non-contact soccer Aug. 31 and saw action at goalie for a short time against Bexley but returned to forward full-time in a 5-0 victory over Buckeye Valley on Sept. 14.

The return of Yoder — who has attended Worthington Christian since he was in kindergarten and has committed to Taylor — combined with the team’s veteran roster, has Stimpson believing that an even longer postseason could lie ahead.

“Our defense is our strongest part of the team right now,” Stimpson said. “Last year we won district and we definitely want to go further. We’re pretty much better than we were last year, and the sky’s the limit. We’re thinking states, and obviously that’s what we’re shooting towards.”