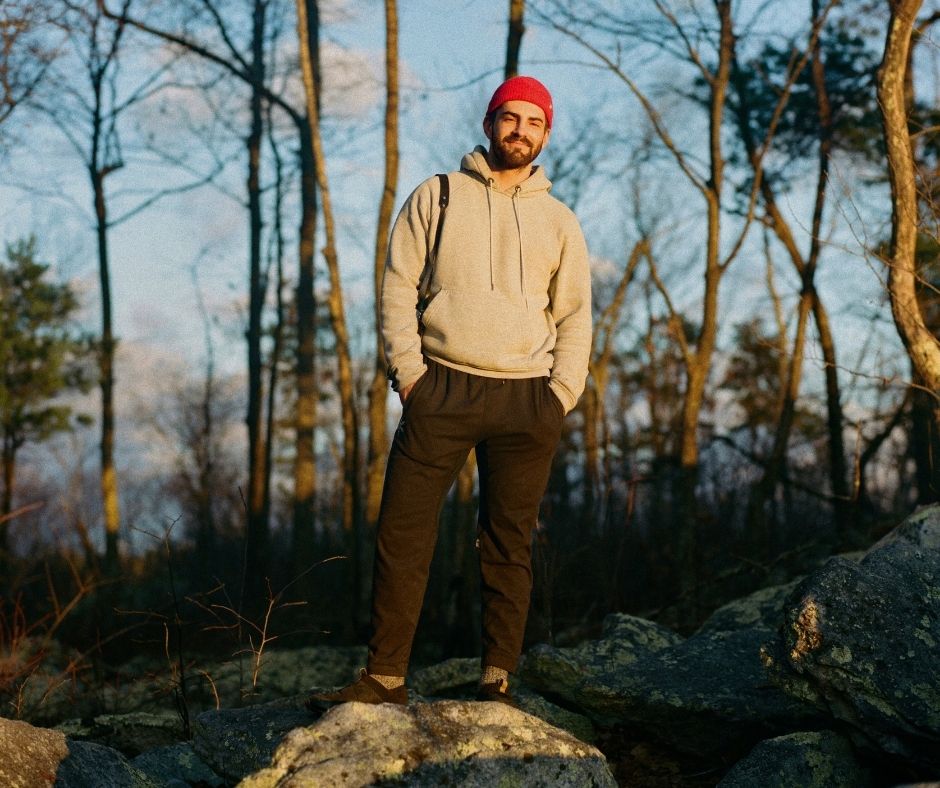 Few people remember the plot, let alone the name, of an in-flight movie they watched a decade ago. Reed Klass (WC ’15) remembers the one that changed his life – The Bang Bang Club, a bio picture about four conflict photographers covering South Africa’s transition from apartheid to democracy.

“That’s when it all started making sense,” said Klass, a photographer for the Christian Broadcasting Network in Washington D.C. “(Their jobs) just looked really exciting to me. It seemed like it was the most important thing you could do as a photographer.”

Flash forward 10 years and Klass found himself in a similar position on Jan. 6, recording footage of the protesters storming the Capitol Building.

Unlike the members of The Bang Bang Club, which had one of its members killed while covering the transition of power, Klass never felt in danger. However, what he saw that day he will never forget.

“It was wild,” Klass said. “I’ve never witnessed anything like that. It was so violent, and it dominated the news cycle. I was nervous but thankfully I knew I wasn’t there to get a Pulitzer Prize-winning photograph. My editors sent me there more as an experience and less of wanting me to get in the middle of a dangerous situation.

“I wasn’t actually in harm’s way and I didn’t experience the tear gas or the pepper spray. However, it’s really got me thinking after witnessing something like that. I realized I’m covering something that is so divisive where people actually got killed in the middle of it.”

Klass’s love affair of shooting video began when he was doing camera work for David Stoll’s journalism class at Worthington Christian. He enjoyed the experience of tracking down a story, even if it meant just interviewing a group of his friends.

“I know Mr. Stoll’s going to love to hear this, but it was such a good experience for me,” Klass said. “I didn’t even know at the time how this was going to be so applicable for what I was going to be doing in college and afterwards.

“Worthington Christian helped me become a well-rounded person and I developed a lot of healthy relationships. I think it prepared me as well as any high school could have for college.”

After high school, Klass enrolled in the University of Montana’s prestigious journalism program, graduating in 2018 with a bachelor of arts degree in journalism. Among his favorite projects in college was spending a semester covering the opioid crisis among the Blackfeet Indian Reservation in the northwest corner of Montana.

Klass described the experience as “boots-on-the-ground, blue collar journalism.” Trying to develop relationships with Native Americans, who had a distrust of many of the students there, made the assignment difficult.

“It really is a broken place,” Klass said. “I’d say a lot of the tribe were prejudice against White Americans, so it was extremely challenging for us to develop the relationships we needed for our story. It’s a sharp contrast to what I’m doing now in Washington D.C. where people are very accepting of the media.”

In his time with CBN, Klass has had the opportunity to visit the White House five times, including interviews with Trump, former Vice President Mike Pence, and several key politicians. The highlight was flying on Air Force 2, the vice-presidential jet, on a Pence visit to Tampa during the 2020 campaign.

“It was amazing,” Klass said. “We followed him around to a few different events and then we had a sit down with him there in Tampa. Then we had to edit all the footage on the plane during the ride back. Let me tell you: the food on Air Force 2 is probably the most exciting part of the trip. It was also the fastest plane I’ve ever been on. The whole experience was definitely surreal. They gave me this little card that read ‘Welcome aboard Air Force 2, Reed Klass.’ That’s an awesome souvenir.”

Not all of this year’s projects involved the rich and powerful. Klass said one of his most memorable projects of the year was spending the day with the late Al Iten, one of his favorite Worthington Christian teachers, at his Cardington farm.

“I had made arrangements to make sort of a documentary on Mr. Iten even before he was sick,” Klass said. “I wanted to follow him at his farm over the course of a year. When I heard he was sick, I reached out to him again and just told him I wanted to preserve his legacy. He wasn’t receiving very many visitors at the time, but he was open to me coming.

“He was an interesting character and obviously he was well-loved by the Worthington Christian and Columbus communities. I can remember every time he spoke at chapel. In a way, he was everything I aspire to be.”