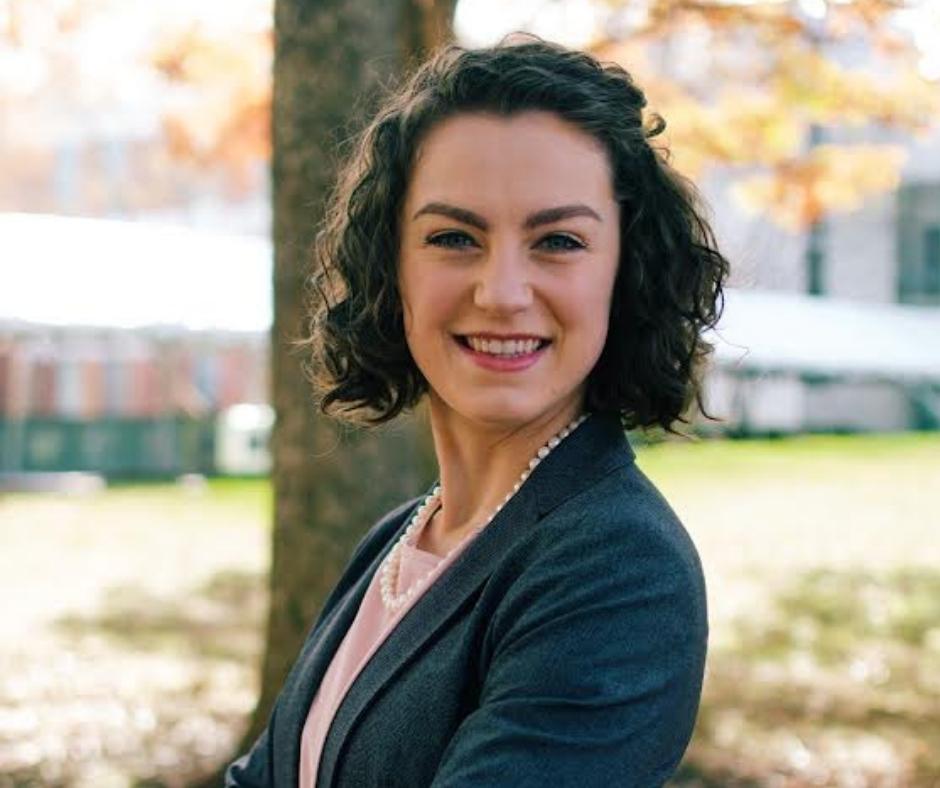 When she was teaching English as a second language at Prairie Norton Elementary School on Columbus’ west side, Rachel (Parrish) Dalton (WC ’13) learned almost as much from her pupils as she taught them.

The first lesson was one of the hardest: Life isn’t always fair.

“Most of my families (at Prairie Norton) were immigrant or refugee families, and they would run against many issues as they tried to access different social services and health care,” said Dalton, who now lives with her husband Daniel and their dog Jacks in Charlottesville, Va. “I watched them trying to navigate this whole new world of being an immigrant in America.

“I had a student whose father needed hernia surgery. The mother had her papers, but he didn’t. It became this whole thing of trying to find someone who would give him health care. They had to leave the country so he could get the surgery he needed. There was a lot of fear and anxiety that they’d get stuck and wouldn’t be able to come back.”

Watching that family and several others struggle with these day-to-day issues had a profound effect on Dalton. She created an advocacy group for Spanish-speaking families while she was at Norton.

In June 2020, she left Prairie Norton and served as an intern at the law offices of Albeit Weiker LLP. She enjoyed the experience and decided to take the LSAT and pursue a law degree at the University of Virginia.

“(Injustices) like that didn’t sit well with me,” she said. “I think (our country) should be taking care of the people here and making sure every person in America has a chance to have a great life regardless of what they look like or who they pray to.”

Law school was not even in the picture when Dalton graduated from high school in 2013. She planned on following in the family’s footsteps of education. Her father, Jim, was a fifth-grade teacher and principal at Worthington Christian. Currently, he serves as the interim Head of School and Lower School principal at WC.

​”We have a lot of teachers in my family,” Dalton said. “My dad’s a teacher, and his brother’s a teacher. It just seemed to make sense to go that way at first.

“I liked lawyer TV shows when I was growing up, and I thought it was interesting, but I never thought I’d go into law.”

While it was a massive change from working in education, Dalton loves the challenges law school provides.

“Reading old court cases and seeing the path of how constitutional law changed the direction of society is just interesting,” she said. “I just took a criminal procedure class, and we looked at how Earl Warren and the Supreme Court made a huge impact on the 1960s and 70s.”

Although she didn’t realize it at the time, Dalton said Worthington Christian’s emphasis on writing and critical thinking prepared her well for the challenges of law school. She credited Director of Teaching and Learning Tom Burns for aiding in her development as a critical thinker and Rhonda Hearon, who taught English at WC for a decade before switching to French two years ago.

“Critical thinking is a big thing at Worthington Christian and law school. I like trying to get to the bottom of things and investigate issues,” Dalton said. “Mr. Burns played a big part in developing those skills.”

As a law student, Dalton keeps a mental 10 Do’s and Don’ts list of writing she learned from her two years under Hearon’s tutelage. When Dalton was pursuing her bachelor’s degree at the Ohio State University, professors were impressed with the clarity with which she wrote.

“I learned how to write from Hearon,” she said, adding with a laugh. “I still hear her voice sometimes all these years later.

“She always gave her students intense feedback on papers, not in a way that felt overly critical, but in a very supportive way. She was always like, ‘I know I can get more out of you, so I’m going to push you to get you there.'”