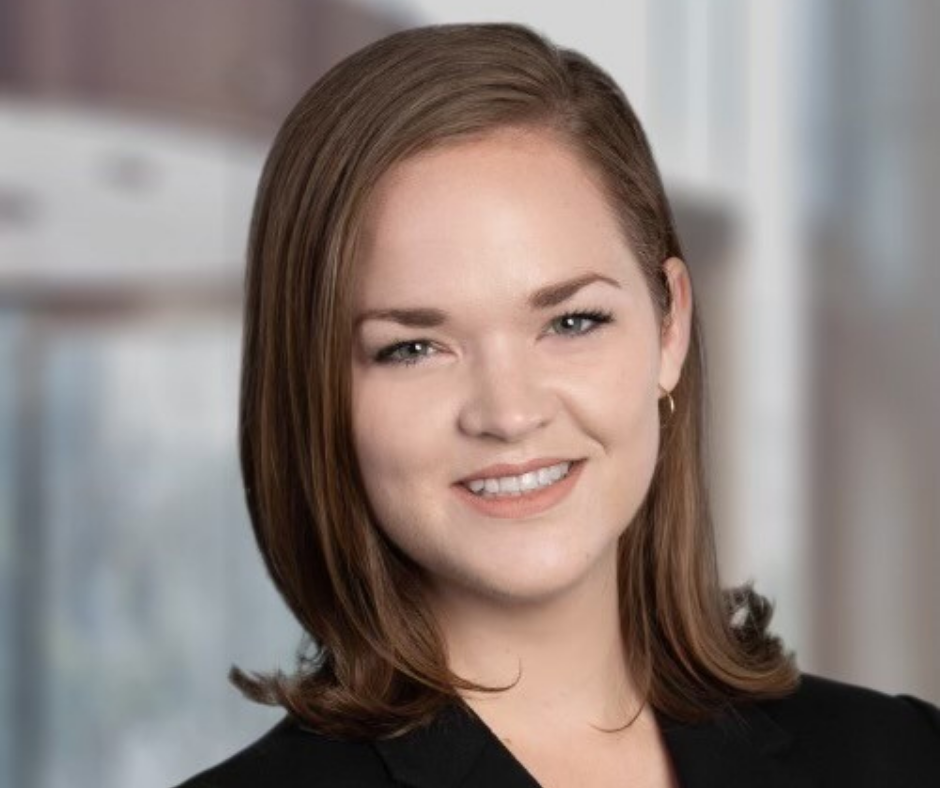 Cunningham finds perfect niche to begin her career as a lawyer

Growing up, Emily Cunningham (WC ’12) knew she wanted to go into law. What field she was going to go into was the big question.

“I wanted to be a lawyer for JAG (Judicial Advocate General Corps, a branch of the military that is focused on military justice and law) in high school for reasons I can’t remember,” Cunningham said.  “I changed my mind in college because I didn’t want to go to grad school and the recruiters I talked to said they weren’t looking for JAG candidates.”

Cunningham, an associate with the law firm of Porter Wright Morris & Arthur, is focused on protecting technology and business growth and operation. In her first 14 months with the law firm, Cunningham has worked with clients to resolve the many concerns that hamper commercial growth.

Cunningham, who graduated from The Ohio State University with a bachelor’s degree in history and went to Case Western Reserve University for law school, discovered her passion, thanks in part to an internship with the Columbus Museum of Art in 2013-14.

“When I interned at the Columbus Museum of Art I was exposed to art and intellectual property law,” she said. “I have loved art for a long time and wanted to work in marketing or museum administration or curation. When I found intellectual property law, I realized I could deal with issues I found interesting in a career that actually had possibilities.”

While she attended Case Western, Cunningham did pro-bono work for the school’s Intellectual Property Venture Clinic as part of her capstone work-project requirement. Working for the IPVC allowed Cunningham to hone her skills for her current job.

“I really feel like (working for the clinic) set me up to feel confident when I started to practice,” she said. “I got to meet people with big ideas and help them figure out how to best protect those ideas.

“One of the things I learned was how to communicate legal ideas to people who don’t have a legal background. In many ways, I really miss the work I did there.”

While she attended CWRU, Cunningham earned a handful of honors, including the William K. Thomas American Inn of Court’s 2017 “Excellence in Writing Award” for a motion dealing with the fair use of emojis, and four CALI (Center for Computer-Assisted Legal Instruction) Excellence for the Future awards, given to the top students in various classes at the law school.

However, Cunningham believes her top achievement was passing Ohio’s Bar Exam in July 2019, a test she was convinced she was going to fail. She spent months writing down note cards for 15 different subjects and trying to memorize the information.

“When I took practice tests, they would all tell me I was failing,” she said. “I just had to fight through the panic and remember to trust God’s plan.

“It was my dad (Russell) who told me I passed. He was refreshing the page with the results and they were posted a few minutes early. I didn’t believe him until I saw it with my own eyes. I was so relieved.”

Cunningham said the lessons that her English teachers Rhonda Hearon and Lia Johnson taught her at Worthington Christian have stayed with her.

“I learned how to write at WC, and I noticed an advantage all through college and law school,” she said. “Worthington Christian did a good job of teaching me how to think. We learned about different worldviews and how to present ideas and ask questions.

“I learned an important lesson about always returning to the Bible as a source of truth, and comparing every worldview, including statements made by other Christians, to the Bible itself.”