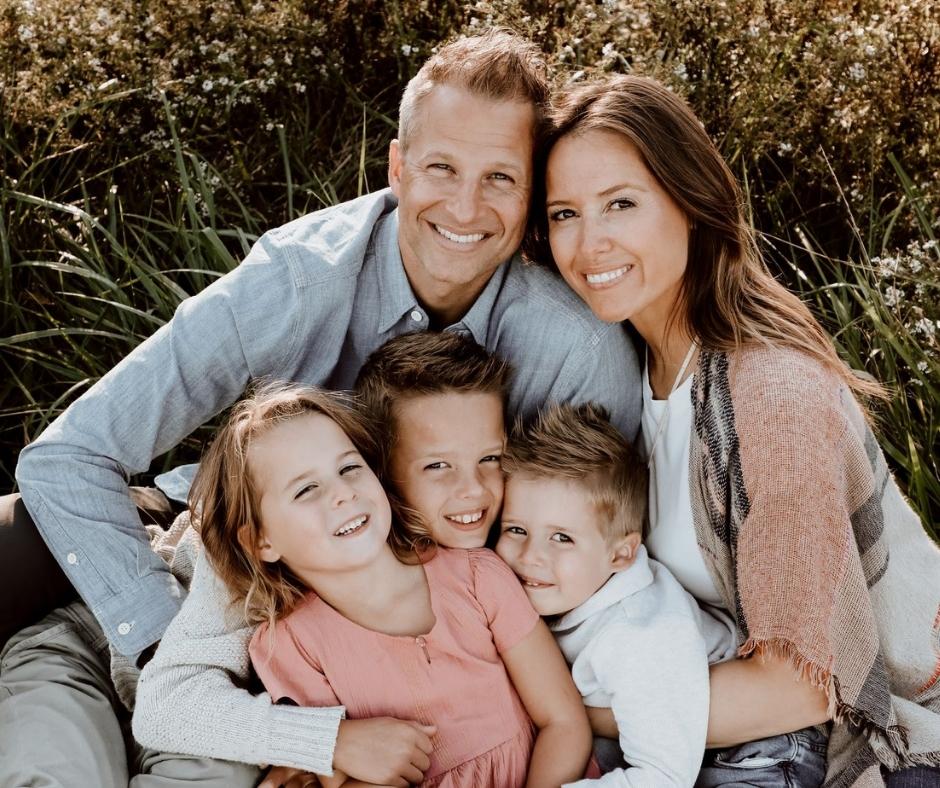 It all started with a donut.

David Taylor (WC ‘00) discovered his life mission while attending a Dads and Donuts at Worthington Christian’s elementary school in October 2018.

“I enjoyed catching up with some of the Worthington Christian dads at the event,” said Taylor, who lives in Powell with his wife Mary (Baker, WC ‘00) and their three children, Latham, Dollie, and Reece. “I’ve learned you have to move quickly on ideas, or they’ll never come to life. That day I came home and told Mary what I wanted to create.”

Taylor, Jamie Cleverley (WC ’95), Braden Dissinger (WC ’05), Matt Devenne, and Ryan Walton (WC ’01) helped craft DadLab, a fellowship of Worthington Christian fathers who build each other up and help cement their relationships with Jesus Christ as well as their wives and children. Outside of the group, Taylor has come alongside men trying to live up to the challenge of being a patriarch.

Dads often need help. The San Diego law firm of Wilkinson and Finkbeiner compiled a series of sobering statistics of divorce. Among the information the firm published was one in four marriages among evangelical Christians ends in divorce.

Taylor, who graduated from Ohio Dominican College with a bachelor’s degree in business administration and is an independent retailer of medical gas equipment throughout the Midwest, hopes to stem a tide by providing a safe space where husbands can share their stories with each other.

“My passion is helping other guys become more intentional in their roles as husbands and dads,” Taylor said. “(Before helping start DadLab) I was in a place of wanting to be a better leader for my family, but I didn’t know who to turn to for help.”

Taylor certainly didn’t see many positive portrayals of husbands and fathers on television. Men are shown as being weak, overbearing, and ineffective when viewed through the lens of the likes of Homer Simpson, Married With Children’s Al Bundy, or Modern Family’s Phil Dunphy.

“It’s pretty sad what culture says a dad is or should be, and that is reflected in media all the time,” he said. “Men should lead with confidence, but often we don’t know what that looks like in our everyday life.

“Finding out how we can reflect Jesus in our personal lives, our marriage, and our role as a dad is the purpose of this men’s group. We come together to equip and encourage each other.”

Taylor was a three-sport athlete at Worthington Christian, reaching the state level in basketball and tennis.  In tennis, he and his older brother Matt placed third in the Division II boys state doubles tennis tournament in 1997. He also qualified for the state doubles tournament twice with classmate Nick Graham and as a singles player in 2000. In basketball, Taylor was also a guard for the Warriors’ 1999 Division IV state championship team and 2000 state semifinalist squad.

However, when he reflects on his time at Worthington Christian, Taylor didn’t talk about his athletic success. Instead, he talked about the missed opportunities to make better connections with classmates.

“Worthington Christian always felt like a safe place with good families and friends,” he said. “But I felt this isolation from that community. I allowed myself to drift off into very few friendships if any. You have to be intentional to have relationships and invest in others.”

Perhaps now, Taylor is making up for lost time.