LEAVING THE DUGOUT BEHIND 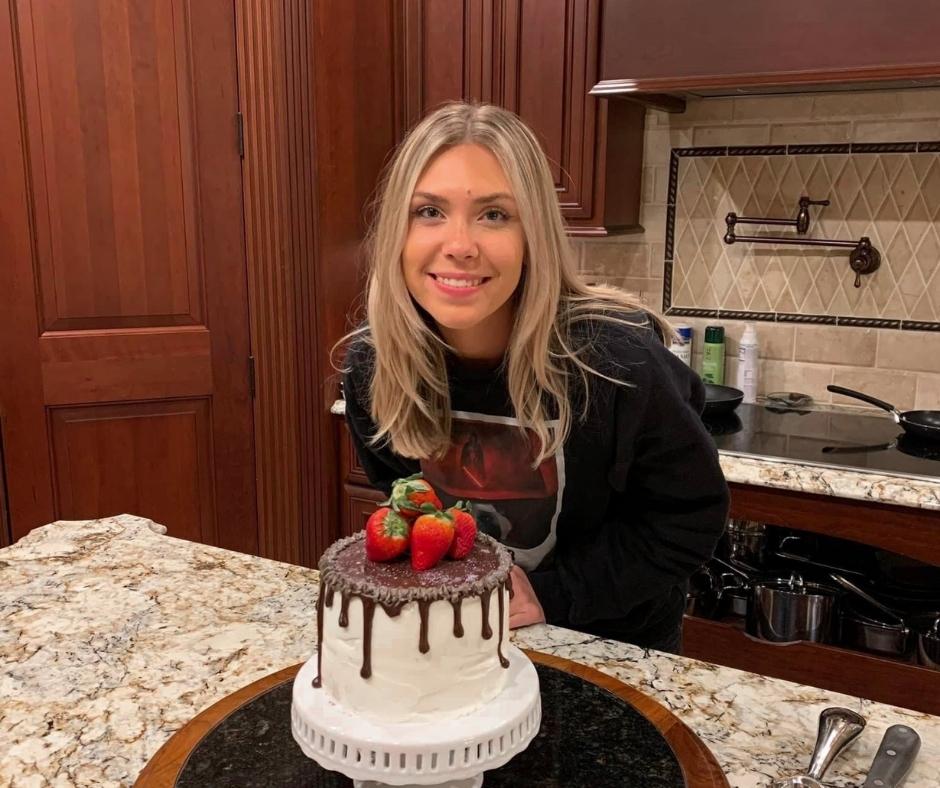 Putting softball behind her, Heidorn steps into the light of her new career.

There are days when Ava Heidorn (WC ’17) can’t believe the freedom she has with her career as a security analyst for Victoria’s Secret.  For the past month and a half, Heidorn’s office was in Florida; before that, the window in her office overlooked Myrtle Beach, S.C.

“I’m living my absolute dream life,” said Heidorn, who chooses to work remotely. “I can work from anywhere as long as I have my laptop. It’s fantastic.”

Working in the cyber security field is not something Heidorn pictured herself doing when she graduated from Worthington Christian. After a two-year stint at the University of Louisiana Monroe, Heidorn graduated from Ohio University with a degree in political science and pre-law in the spring of 2021.

After her junior year at Ohio University, Heidorn was introduced to the world of cyber security by former Worthington Christian assistant softball coach Mark Tomallo. Tomallo told his former player about a rotational internship at the Ascena Retail Group, a company specializing in women’s clothing stores like Ann Taylor, Lane Bryant, and the Loft. During that internship, an opportunity arose for Heidorn to explore the field of cyber security.

“I had zero background in that industry,” Heidorn laughed. “But I figured this would be an interesting opportunity, or at least it would be a great resume builder. To make a long story short, I fell in love with it.

“When people ask me what I do for a living, I say I fight bad guys and try to protect people’s livelihoods. Think about how often someone’s credit card information might get stolen and how it affects their lives. The people (who steal that information) just don’t care at all what they are doing to you or what they destroy in the process. I like to think I stand up for the little guy.”

Pursuing a career in cyber security came on the heels of the theft of Heidorn’s own identity. Since she was four years old, Heidorn thrived as a softball player. As a first-year student, she led Delaware Christian to a Central District Division IV championship with a 6-4 victory over Berne Union. After batting over .500, Heidorn was selected as the Mid-Ohio Christian Athletic Conference’s Player of the Year.

“Softball was a big part of my life since I was four years old,” she said. “I played every single weekend of all my summer vacations. I played in the fall, winter, spring, and summer. (Softball) was totally what my life was about for such a long time.”

These days, however, Heidorn admits she has difficulty watching college games on ESPN because of her experiences in college. She originally committed to Louisiana Monroe after high school and lasted there for two years. The coach who had recruited her left for another program after Heidorn’s freshman year. She felt the program changed directions under the new coach, so she transferred to Ohio University.

Heidorn felt like she had found new life in Athens during the 2020 season. She was a starter in 23 out of the first 26 games of the season, playing mostly in the outfield for the Bobcats. She batted .253 with three doubles and one triple. She scored six runs and drove in 12 runs with a .347 slugging percentage.

And then, everything came to a crashing halt on a Florida road trip.

“We were in Florida when we got the call that our season was canceled (because of Covid), and we needed to get home quickly,” she said. “I went through this very sad time because we couldn’t play, and I felt like I was missing all of these big moments. But still, I was trying to ride out that high (of becoming a starter).”

When the Bobcats returned to the diamond in 2021, Heidorn felt like the relationship with coach Kenzie Roark had frosted over. Heidorn’s name had all but disappeared from the starting lineup. She batted .286 with two hits in seven at-bats that final season.

“I had really big hopes for my senior year, but, for whatever reason, my coach decided she didn’t want to play me anymore,” Heidorn said. “So much of my life was consumed with softball. When you lose that, you almost feel like you are losing a part of yourself. Softball was the one thing I’m supposed to be good at, and I couldn’t even perform because someone was withholding that for me.

“I was having a tough time with my relationship with the LORD. I was just in a dark place. It was truly the lowest year of my life.”

Heidorn bottomed out emotionally during an 8-7 loss to Central Michigan on May 16, 2021, the season finale. Heidorn’s family had traveled to Mount Pleasant, Mich. for the last game of her career, and Heidorn expected to start.

However, when the final lineup didn’t include her name, Heidorn remembers collapsing on her way to the dugout.

“I just fell to my knees and cried. I just remember holding on to these cinder blocks because I was just trying to breathe,” she said. “My entire team knew I should have been playing at that point, and they just came over and surrounded me and cried with me. It was just such a crazy experience.”

Then, in a Hollywood-like moment, the coach relented, and Heidorn got her chance to play midway through the game. She responded with a single in her final at-bat.

What happened to Heidorn on the diamond that final season and her performance in the final game has stuck with her.

“I did all this work at Ohio University, and none of that was ever validated,” she said.  “Now, when I wake up every day, that motivates me. Without all the stuff I went through, I probably wouldn’t understand the mentality it takes to succeed or have the outlook on my life that I do now.”