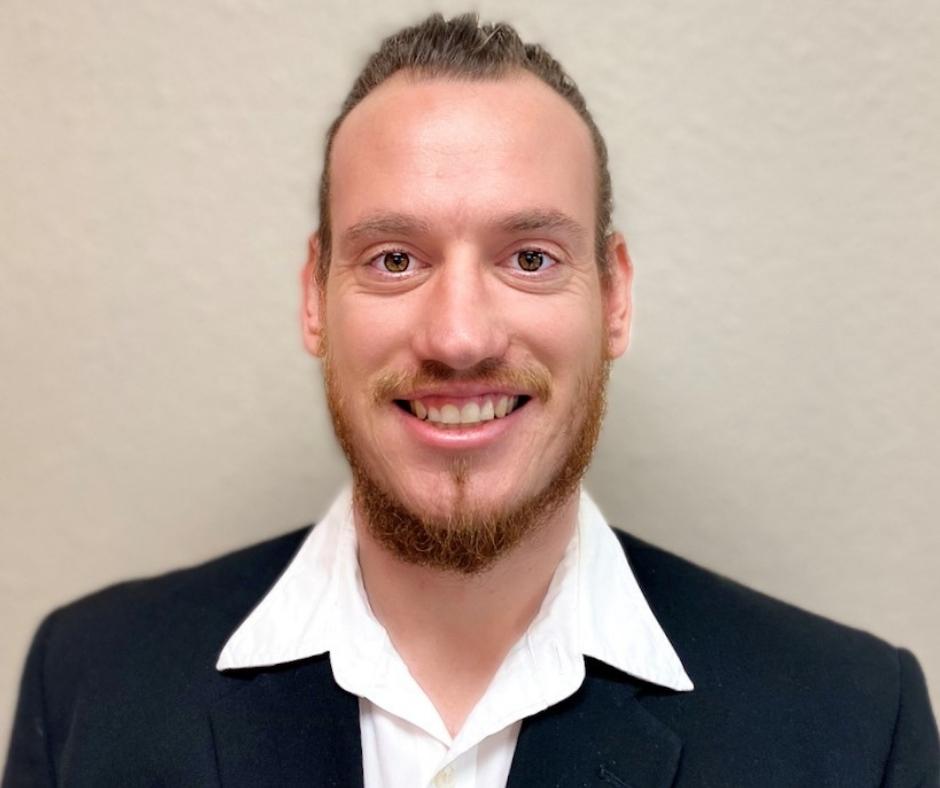 The barren plains of Alaska became the perfect canvas for Deskins’ first book.

For the past two years, the life of Jacob Deskins (WC ’13) sounds like the premise for a reboot of the 1990s sitcom Northern Exposure.

The Cincinnati Christian University graduate was struggling to find a teaching job in Columbus, so he talked his reluctant bride Cindy into taking a teaching job in the 350-person community of Kwigillingok, Alaska. Sounds like an interesting read, doesn’t it? Deskins is counting on it. The Worthington Christian graduate recently self-published A Trip on the Tundra Explorer: An Alaskan Adventure Story, a children’s book based on a trip he took with one of his students and his grandmother in his new home of Alaska.

Asked about just how much of the book actually happened, Deskins dropped his voice into a staged whisper.

“Truthfully? Just between you and me?” Deskins paused for dramatic effect before bursting into laughter. “It’s about 95 percent accurate. I changed my name to Simmons and the boy’s name to Sean so I wouldn’t embarrass him, but most of the story actually happened.”

“It basically takes the reader through the highs and lows of the adventure,” Deskins said. “At the beginning of the story, Sean was thinking, ‘What can I say to him? Will he even like me?’

“At the same time, the teacher is wondering, ‘Where the heck am I? There are no trees for 100 miles. I’m in the middle of the bush on a tiny boat that I’m not sure can even float.’”

Deskins has always loved to tell stories. When he was a kid, he would write out hundreds of scripts for an imaginary ESPN studio. Upon graduation from Worthington Christian, Deskins pursued a journalism degree at Bryan College in Dayton, Tenn. before transferring to Cincinnati Christian University and switching majors to children’s education.

When he started writing about his adventure, Deskins was surprised at how easily the book came together.

Then he turned it over to an editor.

“When I sent my first copy of the book to my editor, it was probably 1,500 words and I thought, ‘This is it! This is golden. It’s the best thing I’ve ever written. You’re not telling me otherwise,’” he said with a rueful laugh. “My editor said, ‘Let’s slow it down there, buddy. You need to get it down to 750 words.’ It took me five to six months to get it down to a word count we were both comfortable with.”

Writing a book wasn’t Deskins’ most daring undertaking in the last two years. When he first proposed the idea of moving north to his wife Cindy, Deskins said his wife’s answer was firm and unyielding.

“I saw a teaching ad for the rural bush of Alaska, and I turned to my wife and I said, ‘Hey honey, you want to move to Alaska?’” Deskins said. “She said, ‘Absolutely not.’

“Three weeks later, I was on a plane to Alaska. Looking back on it now, I laugh, but in the heat of things it was a little crazy to do. I lived in Ohio for 25 years and then to just up and leave everything for the bush?”

Even the flight out to his new home was anything but easy. Deskins took a jet from Columbus to Seattle and boarded another plane bound for Anchorage. Once he arrived in Alaska, he learned that there wasn’t an immediate flight from Anchorage to Bethel, so he had to spend the night in the Anchorage airport. After he arrived in Bethel, he had to wait another 10 hours before he could board a three-seat airplane to Kwigillingok.

When he finally arrived at his new home, Deskins discovered why Alaska is called the last frontier. The nearest town is over 100 miles away. His tiny village has only two gas station-sized grocery stores. And the school is the only place Deskins can access the internet. The land he moved to probably wouldn’t make a very attractive travel brochure.

“Most people when they think of Alaska, they think of mountains and trees,” he said. “Don’t get me wrong. It’s beautiful out here, but it’s flat. There’s nothing out here.”

The wide-open, empty spaces are not for everyone. This year, 40 or 50 teachers in his school district quit before the end of the first semester. One of the facets that make the area beautiful is the way the entire community bands together to provide for each other.

“Since planes don’t come out to our village for two months and the few shelves in the grocery often go bare, you learn how to survive off the land,” Deskins said. “No one hunts or fishes for sport; they do it for the meat and the skins. They use everything they get.

“One of the coolest things I’ve experienced was when a friend called me at 2 a.m. to say a couple of villagers had gotten a massive walrus. The whole town showed up to haul this thing in. Once it was onshore, everyone worked together. I’ve never experienced anything like it.”

After two years out in the wilds of the last frontier, Deskins has completely reversed fields. Even though he lived and went to high school in Ohio for 25 years, he felt like a stranger in a strange land when he returned to Columbus last summer.

“There are no cars and few roads where I live,” he said. “When I came back to Ohio this summer, it was a real struggle to get back behind the wheel of a car. I felt nervous, wheezy, and like I was going to throw up.  We went to a mall, and I was amazed. I thought, ‘Oh my gosh, I don’t think we have this many people in my entire village.”