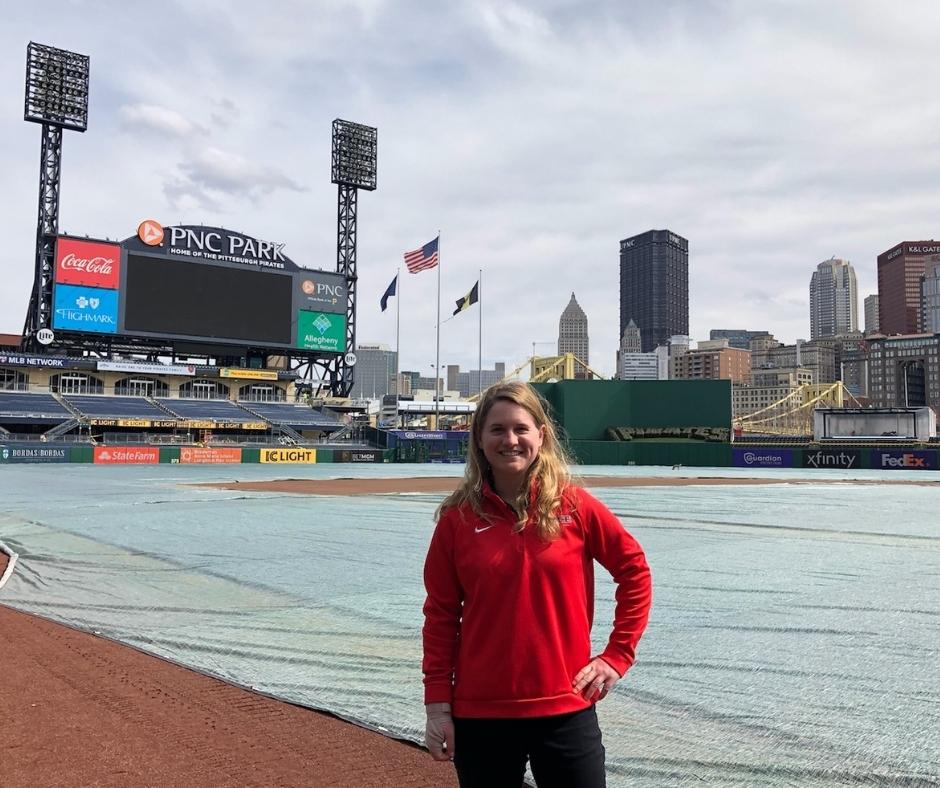 Godsey pursues a career in MLB with a Diversity Fellowship with the Pittsburgh Pirates.

When most people attend a Major League Baseball (MLB) game, they go in carrying a hot dog, peanuts, and Cracker Jack. When Kara Godsey attends Pittsburgh Pirates games this summer, the 2017 Worthington Christian graduate will be armed with a calculator, a spreadsheet, and Number 2 pencils.

Godsey, who graduated with a degree in applied statistics from Bowling Green State University in April, will be working with the Pirates organization as a part of the MLB’s Diversity Fellowship.

“I was stoked,” Godsey said. “I thought I would have to get a regular desk job for a while and do projects on the side. But with this fellowship, I’m hoping to get in the door right away and start straight off.”

According to the MLB website, the Diversity Fellowship was created in 2018 to attract “talented professionals of diverse backgrounds who are recent graduates … to fill open positions in the Commissioner’s Office and 18 Major League clubs.”

Godsey applied for the fellowship last October because it combines two of her passions – baseball and numbers.

“I’ve wanted to work in baseball since high school,” said Godsey, who played softball and golf all four years and split the winters by doing basketball for two seasons and bowling for two seasons at Worthington Christian. “I just love the game because there’s so much strategy to it.

“Everything in baseball can be quantified. It is not just batting averages anymore. We track where a ball was hit and its trajectory. Teams are now looking for ways to be able to take that data and figure out what those numbers mean. Statistics tell us things about the game that maybe we can’t see right away.”

Godsey isn’t exactly sure what the fellowship will involve. She perceived she will be working with transactions and roster structure but there’s also a player development side. Teams not only use data analysis on the players inside their organization but also to compile information on opponents and scout newcomers.

“There’s a big wave of statistics in baseball right now,” she said. “They’re using numbers a lot of different ways besides the traditional batting average. They’re creating statistics that are of better value.”

The numbers aren’t strong when it comes to the Pirates, who last won the World Series in 1979 when they outlasted Baltimore 4-3. In the last seven years, Pittsburgh has only had one season where it finished above .500 (finishing 82-79 in 2018) and has not won a postseason game since defeating the Cincinnati Reds 1-0 in a 2013 wild card game.

If her experience in Worthington Christian athletics has taught her anything, it is the value of teamwork.

“You need to be more aware of people and surround yourself with people who are after the same thing,” Godsey said. “Worthington Christian taught me a lot about caring about people and joining together to work on things as a team rather than chasing your own dreams.”