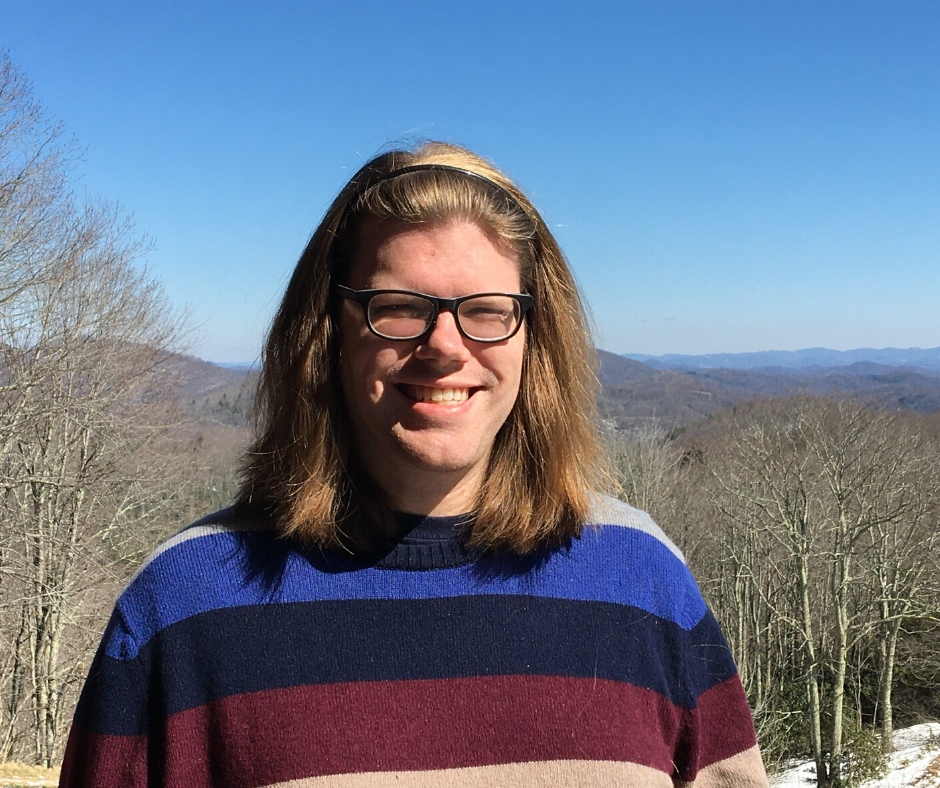 What was supposed to be a typical grocery run turned out to be a life-changing experience for the Leslie family. When Katie and her mother Nancy were stopping for groceries at a rural mountain gas station in North Carolina, the two discovered a stray dog wandering through the parking lot. Katie, a budding writer, took the dog in.

“We knew she was pretty old at the time and didn’t have much time left to live, although, as it turns out, she lived six years afterward,” Peter said. “My sister wanted to memorialize Gracie in a book so that we’d always have a way of remembering her. She came up with the idea of making the book bilingual to help monolingual speakers learn a second language, something else she’s passionate about.”

Katie teamed up with illustrator Anita Morra to bring the book to life. However, Katie had the book translated into French, German, and Spanish and wanted to turn her story into an audiobook. She turned to her brother Peter to provide the soundtrack.

There was just one problem, Peter said with a laugh.

“We’d never collaborated together musically before, though we’d worked together on other projects like children’s poems. Fortunately, Katie had a pretty clear idea of how long she wanted each piece to be and how it would interact with the page-turning.”

Peter was well-prepared for some of the aspects of the project. He had written his first musical about his experiences during the Worthington Christian sixth-graders’ trip to Space Camp in Mobile, Alabama. He had studied at the Music Conservatory at Wheaton College before switching to English because he thought “Well, English would be more lucrative.”

“And of course I ended up being a musician anyway,” he added.

However, his sister decided the audiobook should have more of an Appalachian folk/bluegrass sound.

“Pretty early on I think she decided she wanted a sound like the casual bluegrass often played at West Jefferson (North Carolina) festivals near where we live,” Peter said. “We watched a lot of YouTube videos together of Appalachian folk musicians to get a better sense of the sound.

“We’d studied orchestration together, so I was pretty comfortable picking instruments and considering the roles each voice brought.  I’m only versed in piano and voice, but we thought the fiddle would be sweet, and the banjo and guitar would add structure and jauntiness. Katie found a man who could play all the instruments. I’m really proud to have worked on this project with my sister.”

“Mrs. Klapheke encouraged me to listen to Big Band, Soft Rock, Latin, Marching Band, and Impressionist Classical music to complete projects where I’d compose new music in those styles,” he said. “Really, a lot of the ease I felt attempting this project came from her guidance.

“I don’t think I need to tell people how wonderful Mrs. Klapheke is, but she definitely had a major hand in shaping my life today. Besides allowing some of my self-directed projects to blossom, she really did push me to try my best with music. I learned how to conduct the choir and have better technical knowledge of complex music. More importantly, she always made me feel like I had something unique and worthy to offer people, and I always felt she valued me just as much as a person as a musician.”

The problem, according to Peter, is there aren’t enough teachers like Klapheke in the teaching field. Music programs are often the first things on the chopping block in underfunded schools.

“The arts aren’t well-valued today. I work a lot in churches and do a lot of hymn arrangements and original worship music, and people appreciate the skill, but they’re often not too engaged with the process, no matter how much thought is present in the presentation,” Peter said.  “Many people think of music like icing on the cake – a pretty little decoration, though unessential. I find the arts really are imperative to our well-being.

“Music is therapeutic, reflective, and deserves just as important of a place in our schools as physical education. Unfortunately, people still treat music as an afterthought these days.”