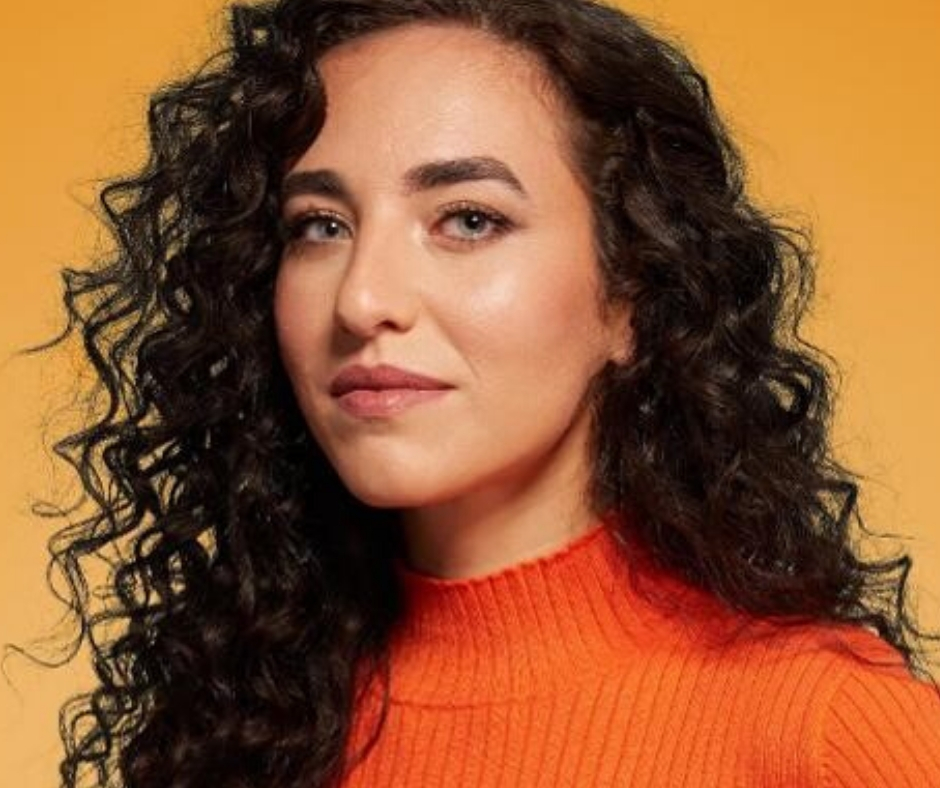 When Madison Mikhail Bush received a message from consumer tech writer Liz Engel that Forbes magazine was interested in doing an article on her company, Point, the 2010 Worthington Christian graduate thought someone was playing a prank on her.

“I 100 percent thought it was someone messing with me,” Mikhail Bush said. “People troll you all the time, so I thought someone is just messing with us.”

Mikhail Bush, however, did her own bit of research. She ran a Google search on Engel and turned to her husband Michael (WC ’10) and said, “Oh my gosh. She’s for real.”

The article, titled This App Wants To Make Volunteering As Easy As Getting An Uber, appeared on the Forbes website appropriately on December 24, 2019. Mikhail Bush hopes the article will provide a springboard for her growing company.

“I can’t believe they reached out to us,” Mikhail Bush said. “As a young adult from Ohio, it’s hard to get any sort of national press. I joke that a nail salon in New York City is more likely to end up in Forbes than a tech company from the Midwest.

“The article gives us a lot of validity. People know that we’re a real deal now because Forbes doesn’t throw out just any company in their magazine.”

The app, which was created to connect potential volunteers with non-profit organizations, has attracted 88,500 users in basically two market cities, Columbus and Cincinnati. Mikhail Bush has eyes set on expanding Point in 13 more cities like Cleveland, Indianapolis, and Pittsburgh.

Launched in 2016, the purpose of Point was to make an easier way for people to volunteer their time with charities. Mikhail Bush found out how frustrating trying to help can be.

“It was so easy to give money to an organization but if you wanted to volunteer for one, you could end up playing phone tag with someone for days before you finally get through to do something,” she said, adding with a laugh. “I thought I’d come up with an app to help charities coordinate volunteers, drop it into the world, and go to grad school like my parents (Adel and Kelly) hoped I would.”

That, however, wasn’t the case. The more she talked with various non-profits, the more she learned of bigger and deeper problems that needed to be solved.

“Many of the problems dealt with data management and coordination between non-profits and for-profits,” Mikhail Bush said. “Much of the bookkeeping was being done with pen and pencil or on Excel spreadsheets. Now with the Point app, it can be a one-tap thing.

“Point’s mission is multipronged. Our main point is to do something good, but it goes deeper than that. It’s to provide the power and the technology to local change-makers and help them survive and thrive in the tech era.”

If Mikhail Bush sounds like a savvy, polished CEO, it is because she has been one since she graduated from high school. Four months after turning her tassel from Worthington Christian, she walked into attorney Steve DeWeese’s office and asked him to help her set up a 501 (c) (3) for her first attempt at setting up a non-profit.

“I walked into his office and said, ‘I need a lawyer,’” she said. “Luckily he took me seriously.”

Mikhail Bush’s non-profit, OneLife, raised nearly $20,000 and tried to develop an app to help potential donors research various charities. The venture was fraught with problems from the start.

“It did okay for a while but it never really had the opportunity to grow,” Mikhail Bush explains.

“When OneLife failed, it crushed me. It is always embarrassing to fall on your face in front of everyone you know. It’s harder to put your face back out there when it’s a bigger platform. It’s a bigger risk. I would much rather do it by planting the seeds and hoping the brand takes off. But I just had to buckle up and try again.”

“I was a free spirit and Worthington Christian gave me a lot of freedom,” Mikhail Bush said. “Teachers saw something in me and they knew they had to do things a little out of the box. I don’t like the box. Boxes aren’t good for me.”

Mikhail Bush had random fundraiser ideas, coordinating things like “The Dollar Dress Down Day” where students donated a dollar and they would receive an out of uniform day.

“One fall the boys soccer team was headed for the state finals,” she said. “Mr. Anglea came and pulled me out of my calculus class and said, ‘We need you to coordinate a tailgate for the game tomorrow.’ He gave me a lot of freedom, but he also gave me a lot of responsibility. I feel like I was an entrepreneur in high school because I had the freedom to be one.”