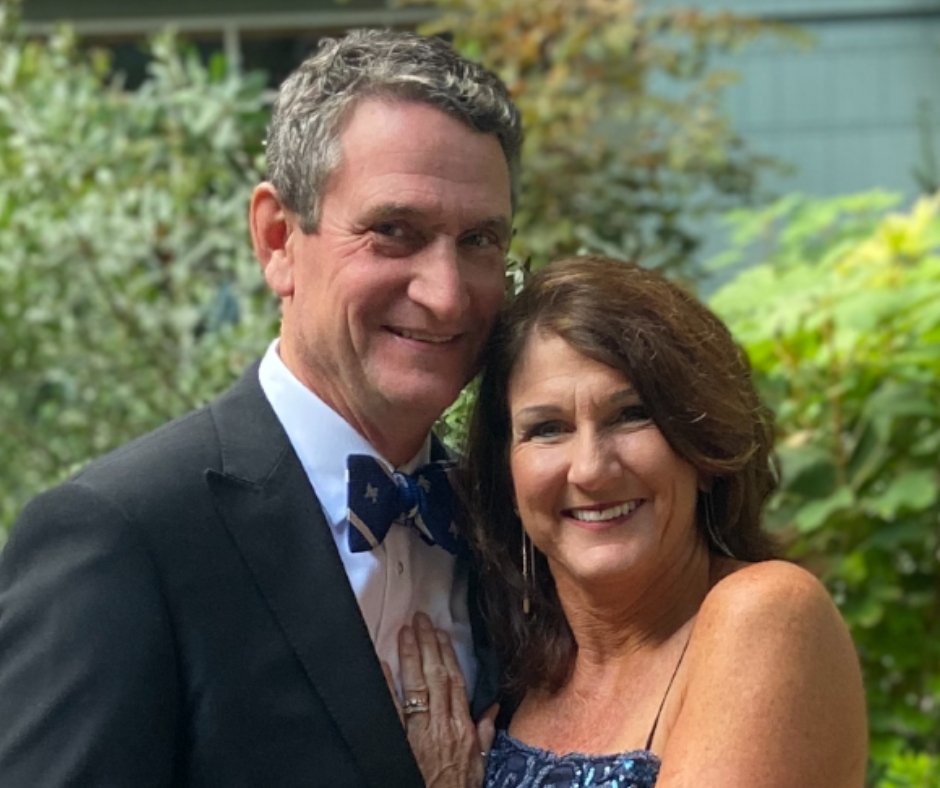 Worthington Christian graduates Dawn (Dorrow) and Tom Currie (WC ’81) have always been a couple since the two started dating shortly before Christmas in 1980. Well, almost always.

“We broke up for a week in March of our sophomore years in college,” Dawn said. “Tom knew he wanted to marry me the summer after our senior year of high school. He asked me to wait for him right before he left for the Air Force Academy.”

However, Dawn was enrolled at Bryan College, located in Dayton, Tenn., and Tom was over 1,200 miles away in Colorado Springs. She was afraid the whole long-distance relationship thing was not going to work out.

“Both of our families told me I was out of my mind to break up,” she said, laughing.

“Now, we have been married longer than we were single,” added Tom, an engineering manager at Bell Flight. “I don’t think any of our friends were surprised when we got married.”

Today, the couple live in Arlington, Texas, and are the proud parents of five children, Rachael, Sara, Samantha, Renat and Mira. In his article, “The Myth of the 50-50 Marriage,” for the Huffington Post, author Karl Pillemer wrote, “You can’t spend your time calculating ‘50 percent in, 50 percent back.’ The attitude has to be one of giving freely. And according to the elders, if you start keeping score you’re already in deep trouble.”

Or as Dawn puts it, “I learn that it’s not all about you. It has to be about the other person 100 percent of the time.”

One of the biggest adjustments when the two first got married was, according to Dawn, “managing the expectations of the other person.”

“You have certain expectations you carry with you from your own individual families,” she said. “For example, my dad was meticulous and he liked to keep the house meticulous. Whenever we wanted our shoes polished, we would put them on the top of the stairs going to the basement. The next thing we knew, the shoes were either back on the top of the stairs or back in our bedroom, polished and ready to go.

“Well, we had been married a couple of months and I knew he kept his shoe polish in a closet. I put my shoes there and they waited there … for a very long time. Finally I said, ‘You never polish things for me.” He said, ‘Why would I?’

“You didn’t ask me to polish them,” Tom said. “To be honest, I didn’t have those kind of expectations going into the marriage. I was pretty easy (to live with).”

Catching Tom’s eye in high school was anything but easy for Dawn. The two met at a Grace Brethren youth group the summer before their junior year. They didn’t start dating until over a year later.

“He didn’t have a first impression of me. He was oblivious that summer that I even existed,” she said. “I chased him. He was a loner. What do you call them? A lone wolf? He was very independent. That was what attracted me to him.”

Tom ended up sitting right behind Dawn in physics and he began to see her in a much different light.

“Oh, I was not,” Dawn chided him gently.

Some couples like to revisit where they went for their first date. Dawn and Tom can’t do that. The Pizza Inn and the Graceland Movie Theater were razed a long time ago.

Tom proposed at a Valentine’s Ball at the Air Force Academy his junior year and the two were married a short time later. The wedding was not without its own set of drama. Shortly before the two were set to go off on their honeymoon, two of Tom’s groomsmen “kidnapped” Dawn and kept her in a backroom of the reception area.

“They stole the bride when I was getting ready to leave,” he said.

“I think they were trying to get his goat, which they did,” Dawn added.

Few graduates keep in contact with the people they dated in high school. Even fewer marry their high school sweetheart. Yet, Tom said the atmosphere at Worthington Christian helps foster many marriages.

“You have a whole group of people following the Lord there,” Tom said. “We have that commonality with our religious backgrounds and most of us then had a very similar social economic background as well.”

As two of the couples who stayed together from high school on, Tom and Dawn have a few words of advice for couples currently dating at Worthington Christian.

“Be friends for a very long time before you get married,” Dawn said. “Divorce is not an option.”

“Don’t give up on a relationship,” Tom said.

Because you never know what the week after a break-up might bring.