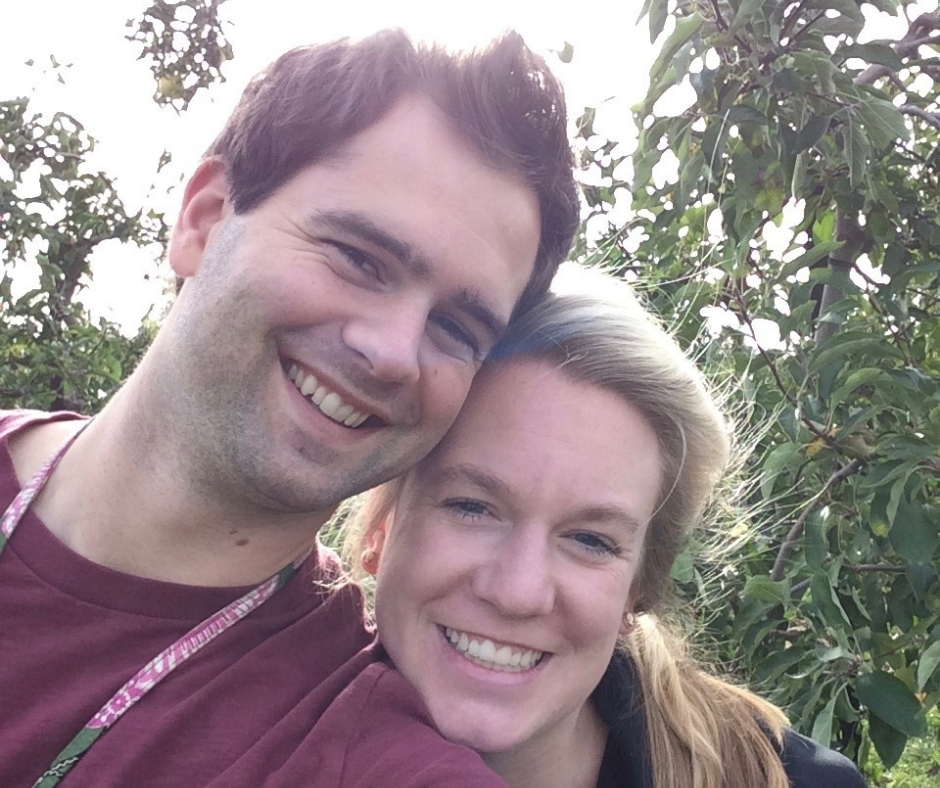 Throughout her time at Worthington Christian, Jill (Rickly) Storey (WC ’08) was all about poise and strength. A gifted athlete, she reached the state gymnastics meet as a freshman and sophomore. In her junior year, she abruptly switched to diving and qualified for the Division II state diving meet in 2007 and 2008.

But neither sport revealed what Storey was truly gifted at – dance.

“Both gymnastics and diving involved a lot of strength and flexibility. That’s the same thing with dance,” she said. “Both diving and gymnastics are both done with excellence and artistry.

“There’s a great parallel in gymnastics and dance, especially in the floor routine. It’s the same thing with diving, but there’s just different moves that you do. There are certain moves you have to do to get a good score and not make a big splash.”

While her love for gymnastics and diving waxed and waned over the years, Storey’s love for dance has never diminished. Storey serves as the assistant director of the Leap of Faith Dance Company, a Christian-based dance studio located in Westerville.

While many studios focus on competitions and meets, Leap of Faith centers its performances around storytelling and Bible verses.

“The world of dance can be very cutthroat, where dancers want to get an edge up on the person next to them,” Storey said. “We, on the other hand, encourage unity and sisterhood. We tell students, ‘You’re only as good as the person next to you.’ We want our dancers to encourage each other and not tear each other down with gossip and insults.”

Coming out of high school, Storey was a part of that competitive world. She outlasted 400-600 students to earn one of the 20 spots available within the Ohio State University dance program.

Earning a spot in the program was one challenge; keeping it was quite another. Storey found herself dancing eight to 10 hours a day while attending classes in technique, repertoire, composition, choreography, and teaching. One of her favorite classes was dance interpretation where students learn to write notes in a code that describes certain moves. “It was almost like learning a foreign language,” she said. “Your notes look like hieroglyphics.”

When she wasn’t dancing or attending class, Storey was involved with Campus Crusade for Christ or CRU as it is called today. She met her future husband James, who currently serves as the Assistant Athletic Director, seventh-grade math teacher, seventh-grade boys basketball coach, and seventh and eighth-grade track coach at WC, through CRU.

In her heart, she knew she wanted to teach dance after college because she didn’t want to “move to New York City and do the professional dancing thing.

“That wasn’t for me,” she said. “I focused my time and effort on learning how to teach.”

However, Storey looked at the way dancing instruction was going and she wasn’t sure if that was for her either. As she was starting out in dance, she felt like the LORD protected her. She was part of the Columbus Dance Arts Academy which was a little more conservative as far as routines go. At Ohio State, she performed faculty-designed routines rather than the more risqué ones created by students.

“The dance world is kind of splitting and several groups were going down a path that definitely wasn’t pleasing to the LORD,” she said. “I was looking at some of the songs and costumes other companies were using and I felt, ‘I don’t believe in this. This doesn’t represent who I am.’”

A friend of hers, Tricia Dorne, pointed her in the direction of Leap of Faith.

“One of my old teachers called me and said ‘I know you’re a believer and I know that you want to teach dance. Have you ever heard of this Leap of Faith dance company?’” Storey said.

That was nine years ago. Since then, Storey has worked her way up to being an assistant director and uses her minor in business to run some of the administrative side of the dance company.

“At Leap of Faith, we listen to Christian music, wear modest costumes, and use our bodies to glorify the LORD,” she said. “We are an artistic studio that focuses on the whole dancer and not just getting a high kick and a trophy.”

That approach has helped develop some highly touted dancers. One member has gone on to dance at the Joffrey Ballet School in New York City while other members have earned spots in collegiate dance programs at Anderson College, Arizona State, and the Ohio State University.

“It’s interesting,” she said. “A lot of competitive dancers can only do one or two tricks, which they do at every single competition. A lot of colleges and professional groups are looking for the artistry and the techniques we’re teaching.