THE HEART OF A SERVANT

Home » Alumni News » THE HEART OF A SERVANT 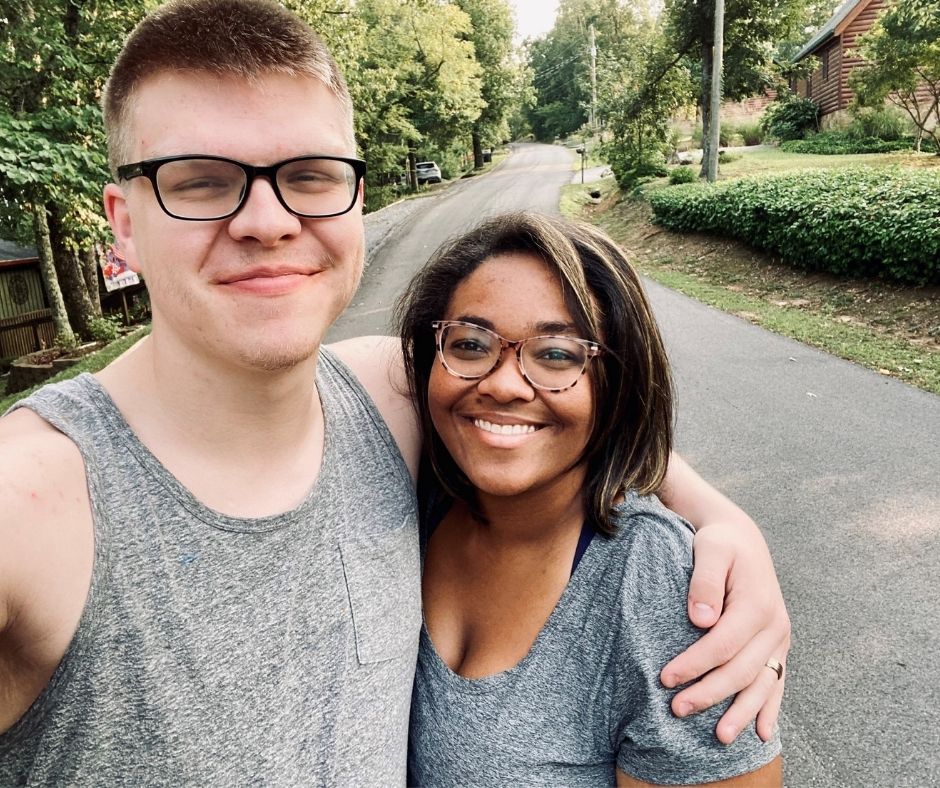 As a freshman manager for the University of Pittsburgh men’s basketball team, Cam Lawrence (WC ’16) gave everything he had to pursue his dream of someday being a college or NBA coach.  Late in his sophomore year with the Panthers, he realized his dream job could also be a nightmare.

Lawrence instead discovered his true calling might be working with middle school and high school basketball teams. Lawrence has compiled an 8-6 record as the Worthington Christian eighth-grade boys basketball team this season.

“I’ve always loved basketball, even before I was at Worthington Christian, but being here definitely enhanced my love for the game,” Lawrence said. “Coach (Kevin) Weakley has had a huge impact not only on my basketball career but also on my life. His mentorship and leadership have meant so much to me. I don’t think I realized that at the time because I was an 18-year-old who only thought about basketball. Five or six years removed from Worthington Christian, I see the impact he had even more and realize how profound that impact really was.

“Being an eighth-grade basketball coach was not something I envisioned for myself when I was at Pitt. My aspirations were always bigger. I wanted to be among the best of the best. However, the more I was around college basketball, the more I started to see the work and the lifestyle it takes to be successful and the toll that takes on your home life. That’s when I started to put away the dreams of coaching in college and the NBA and started to think about coaching at the middle school and high school level.”

After playing basketball for the Warriors throughout his middle school and high school days, Lawrence thought he was done with basketball after his senior season. He received a few Division II offers and considered playing in college, but, ultimately, he decided that going to the University of Pittsburgh might be better for him in the long term.

All that changed when Lawrence received a phone call from Weakley asking if he would be interested in being a manager for the Panthers. The Warriors coach learned of an open position with Pitt through a coaching contact he had there and immediately thought of Lawrence.

“My interview consisted of one question – ‘Are you willing to do all the dirty work and all the behind-the-scenes tasks for a basketball team and not be in the spotlight?’” Lawrence said. “I said Sure. It would be worth it to be around an elite program like that.’”

Pittsburgh is a part of the ACC conference, which has a storied tradition in basketball. The conference has won 17 national titles including six by the University of North Carolina and five by Duke. The conference produced three of the last five NCAA champions with Duke (2015), UNC (2017), and Virginia (2019) hoisting the trophy. It is home to some of the blue blood programs like the Tar Heels, the Blue Devils, Syracuse, Virginia, and Louisville.

But to be among the best meant being among the dirtiest for Lawrence. As a manager, his job often included glamourless tasks like doing the Panthers’ laundry, wiping up the sweat from the floor during practices and games, and arranging the team meals.

“They use that freshman year as a way of learning who you are and what kind of involvement you want to have,” Lawrence said. “I found out this was something I wanted to commit to and be in practice every day. When I went home that summer, I realized that I wanted to be involved in coaching and so I increased my commitment. I hit the ground running and was in the basketball offices every day, asking coaches if there anything I could do to help?”

Having a Christ-like, servant attitude helped Lawrence shoot through the ranks. Pittsburgh had 10 student managers and only a handful were able to travel with the team. By the time he reached his sophomore year, Lawrence became a fixture on Pitt’s road games, an honor reserved for juniors and seniors.

“Early on, I wasn’t liked by a lot of the other managers because you come in and are expected to pay your dues,” he said. “What helped me get to that point was my servant attitude. If I didn’t have that attitude, I wouldn’t be able to do the things I did. You can’t let your mind wander too far because you will get snapped right back to reality real quick.”

There was plenty to get excited about. As a manager, Lawrence got a taste of the ACC lifestyle.

“It was unreal at times. I was kind of awestruck by what I got to experience. Duke would come into town the day before a game and I’d be watching their shoot around and see Coach K (Mike Krzyzewski) in the hallways,” he said. “I earned our coaches’ trust. When the games started to roll around November and December, I was one of the people who got to travel by private jet and stay in ridiculously nice hotels. It was a surreal moment after surreal moment.

“You don’t want to take it for granted, but at the same time, you sort of become numb to it all. This is your everyday life. On one hand, you get to experience all of these things with the coaches and the players, but on the other, you realize it’s not really for you. You have to be on your toes to handle any little request.”

In one breath, Lawrence says it was one of the best times in his life. In the next, he talked about how it was one of the hardest as well. After getting married after his sophomore year to Aubrey, he began to see why the burnout rate was so high.

“It was non-stop, a constant grind, and that takes its toll. You start to think on down the road what is this going to do to you if you were an assistant coach or a director of basketball operations,” said Lawrence, who shifted all of his classes to online learning during basketball season so he could focus more on the team’s needs. “I was taking film home and cutting it up to make game films and scouting reports.

I loved what I did but there were certain moments when you go, is this going to be fun in five or six years? And you start to think how long can my marriage sustain this type of investment? Every night before I’d leave, some coach would say, ‘Hey can you cut this film for me tonight?’ Can you send me these stats? Analyze this game by morning? When you are the go-to guy, there’s no going back. You saw the toll it was taking on the lives and marriages of the assistant coaches, who were making decent money.”

By the end of his sophomore year, Lawrence saw how fleeting the game can be. Despite the grueling hours, the coaching staff was putting in, the Panthers struggled. After a 16-17 mark in 2016-17, Pittsburgh sputtered to an 8-24 finish, including a 0-18 finish in the ACC. It was the first time the Panthers had back-to-back losing seasons since going 10-18 and 10-17 during the 1994-95 and 95-96 seasons. The 2017-18 season marked the first time a Pittsburgh team had gone winless in conference play.

At the end of the 2017-18 season, coach Kevin Stallings and his staff were let go. After starting the season with coach Jeff Capel, Lawrence had enough and stepped down as manager.

“That changed my perspective,” Lawrence said. “(Stallings’ staff) were busting their butt. We would get back from a road trip at 4 a.m. after losing our tenth straight game and they’d be back in the office at 7 a.m. And then they got to the end of the year and the school fired everyone because they didn’t like the results they were getting. I didn’t want to be a part of a place where results are the only things that matter.”

Being a coach of a middle school team made Lawrence realize the impact coaches have isn’t at the college or pro level; it’s in the beginning stages of players’ careers.

“This is where you can have the most impact on people. That’s where you can really build relationships and mentor young men and women,” Lawrence said.