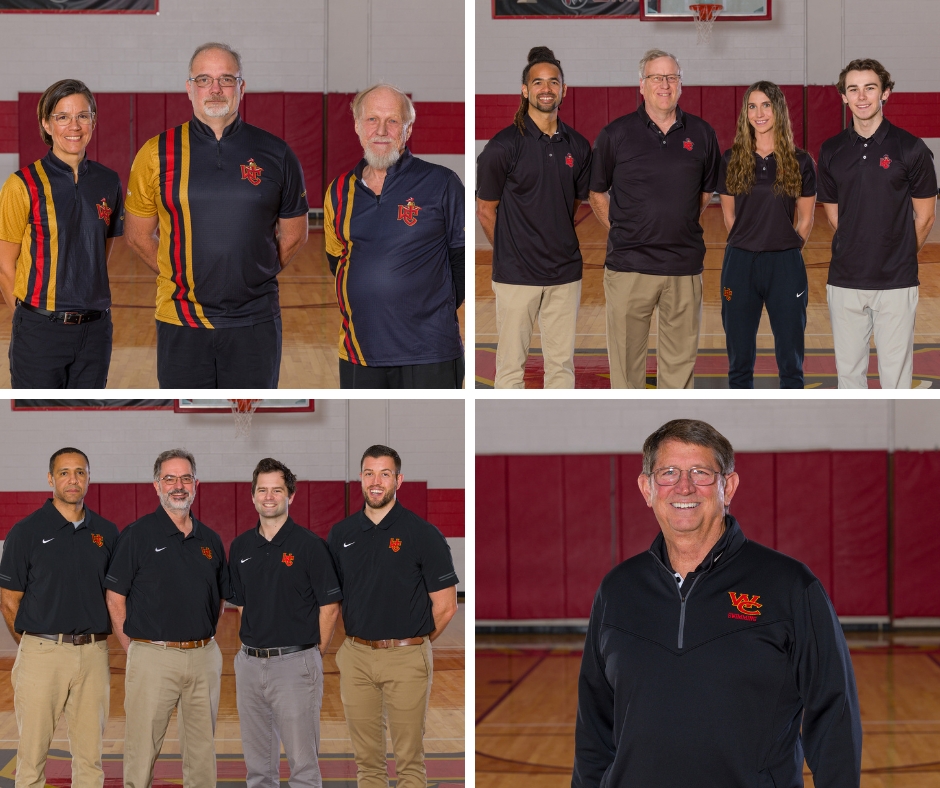 Worthington Christian School’s winter sports teams are deep into their respective seasons, and each is thriving as the post-season draws near. Amid many significant changes in the WC’s athletic program and coaching staff, the Warrior athletes continue to grow and experience success.

The Warriors and Lady Warriors bowling teams are having strong seasons. The boys’ team has strong players from each grade level and currently sits with a record of 7-1 in the conference and 7-2 overall. The Lady Warriors bowlers have their sights set on a third consecutive MSL conference championship. Their current record is 6-1 in the conference and 6-2 overall. These talented young teams are led by coaches Matt Hamilton, Robin Muskopf, and “Jasin” Jasinski.

Senior Emma Stoll, sophomore Austin Hickok, and freshman Abby Lipp are this year’s water Warriors. Each of these swimmers brings varying experiences to the season. Stoll has state championship experience and is a multi-event school record holder. Hickok is positioned to qualify for the state championship for the first time this year. Lipp is enjoying her first season on the team and making improvements in multiple events with each meet. Jim Peterfish coaches these young swimmers. Although his children graduated from WC in 2005 and 2009, Peterfish has continued serving as a coach for the school now for 21 years in total. He explains, “The unique experience in coaching for WC in the sport of swimming is any student willing to commit to the sport is welcome and will automatically play a role in every meet. Our numbers are traditionally low, and the focus has always been on individual improvement over the four years.”

WC’s varsity basketball teams experienced significant transitions before this season with coaching staff changes and additions. In the midst of it all, the players have risen to the challenge and found success through mature, unified efforts on the court.

The Lady Warriors’ run to the Division III state championship last season was exciting. With former Head Coach Jason Dawson transitioning to a new role elsewhere, Aaron Davis stepped into leadership as the girls’ Head Coach in the summer of 2022. Davis shares his experience so far, “It’s been a challenging but exciting first year. A lot of changes from June to November, but we have been able to navigate that successfully. There has been a lot of support from the administration, parents, and the community. I feel like I’m learning and growing. God has graciously put me in a position where I can use the gifts He’s given me to bring Him glory…I love the game of basketball, and I love Jesus. Coaching at WC allows me to share those two things meaningfully.”

The Lady Warriors currently hold a conference record of 10-0 and an overall record of 16-1. They are currently ranked number one in the state for OHSAA Division III girls’ basketball. Davis explains, “We are averaging 54 points per game and only giving up 33 points per game. We are a defensive-minded team who is continuing to grow offensively.” Davis has a strong coaching staff comprised of four experienced assistant coaches: Brent Wilcox, Ali Spayde, Steven Spayde, and Bridgette Rettstatt.

Wilcox is a WC alumni parent with 11 years of coaching experience. He shares of this year’s group of Lady Warriors, “This year’s team is a close-knit group of young women. I value their friendship. They play as a team and win as a team. They can close out games with clutch plays under pressure.”

Ali Spayde is an alumna herself, graduating in the Class of 2014. She played collegiate-level basketball at Calvin College and returned to her alma mater as an assistant varsity coach to the Lady Warriors in 2019.

Steven Spayde has served as an assistant coach to the Lady Warriors since 2020, but his history with Worthington Christian date back to his days as a high school basketball player. He shares, “I love coaching at WC because of the culture instilled within the program for decades. Playing in this program, then having the opportunity to coach within the program is truly a blessing. I’ve loved the privilege of investing back into the program that invested years into me.” He describes this year’s team in this way, “The comfort and poise this team has developed in any situation on the court is incredible to watch. This high level of maturity is especially important as we enter the tournament and can be credited to the strong leaders and competitors we have on this team.”

Rettstatt reiterates Spayde’s analysis of the Lady Warriors, saying, “I am impressed with this team’s basketball IQ. They understand the game, and when it comes down to it, they know how to win. I am very proud of their success so far.” Rettstatt is a recent addition to the team’s coaching staff. She previously played as a professional athlete in Europe until an injury forced her to return home. She explains that serving as a coach this year is helping her learn the sport from a new perspective.

WC’s boys’ varsity basketball team has also experienced significant coaching staff changes. These young athletes have chosen to meet their difficulties in the pre-season with team unity and determination to excel. And excel they have, with a record of 14-2 overall and 8-1 in the Mid-State League. They are currently tied in the state-wide OHSAA Division III rankings as number ten out of 201 boys teams.

Long-time WC teacher, administrator, and coach James Storey has led the boys to success this season alongside assistant coaches Rick Burby, Jake Ferrier, and Lawrence Funderburke. Storey shares, “We are looking to compete for an MSL Ohio title and to make a deep run in the Division III Tournament. We are excited but know there is work to do.”

Rick Burby’s involvement with WC dates back to the school’s earliest days. He was a member of one of the Warriors’ graduating class of 1979, and his family has been deeply involved throughout the school’s 50-year history. His experience in the realm of coaching runs just as deep, with nearly 40 years of coaching and athletics leadership at the high school and collegiate levels. Burby explains that the early stages of this year’s pre-season preparation for the Warrior boys basketball team were difficult “because jumped in late,” with very little time to plan for the season. Yet now that they are all well into this season, Burby explains, “We are blessed to have fine young men in the program. They accepted us from the beginning…That says a lot about their character and the families they represent. It has been exciting to see their growth from the beginning until now. We hope to continue representing Christ and WC well and finish strong.”

Jake Ferrier primarily works with the junior varsity and freshman teams. He loves basketball and the boys and is passionate about mentoring people.

Lawrence Funderburke is the most recent addition to the Warrior basketball coaching staff. He, too, brings a wealth of experience and knowledge of the game. He led The Ohio State University men’s basketball team to a Big Ten Championship in 1992. After playing at the top level of collegiate basketball, Funderburke was drafted into the National Basketball Association (NBA ) in 1994. He played for the Sacramento Kings and the Chicago Bulls until his retirement in 2005. Burby says of Funderburke’s influence on WC’s young athletes, “The boys are blessed to have him working with them in all aspects of life and basketball. He does a great job with player development and motivation.”

Tournament play and involvement are likely on the horizon for Worthington Christian School’s winter sports teams. Make sure to follow along with their season progress via the WC website and social media channels. Go, Warriors!

(Some pictures provided by Brian Shindle of Creative Moments.)